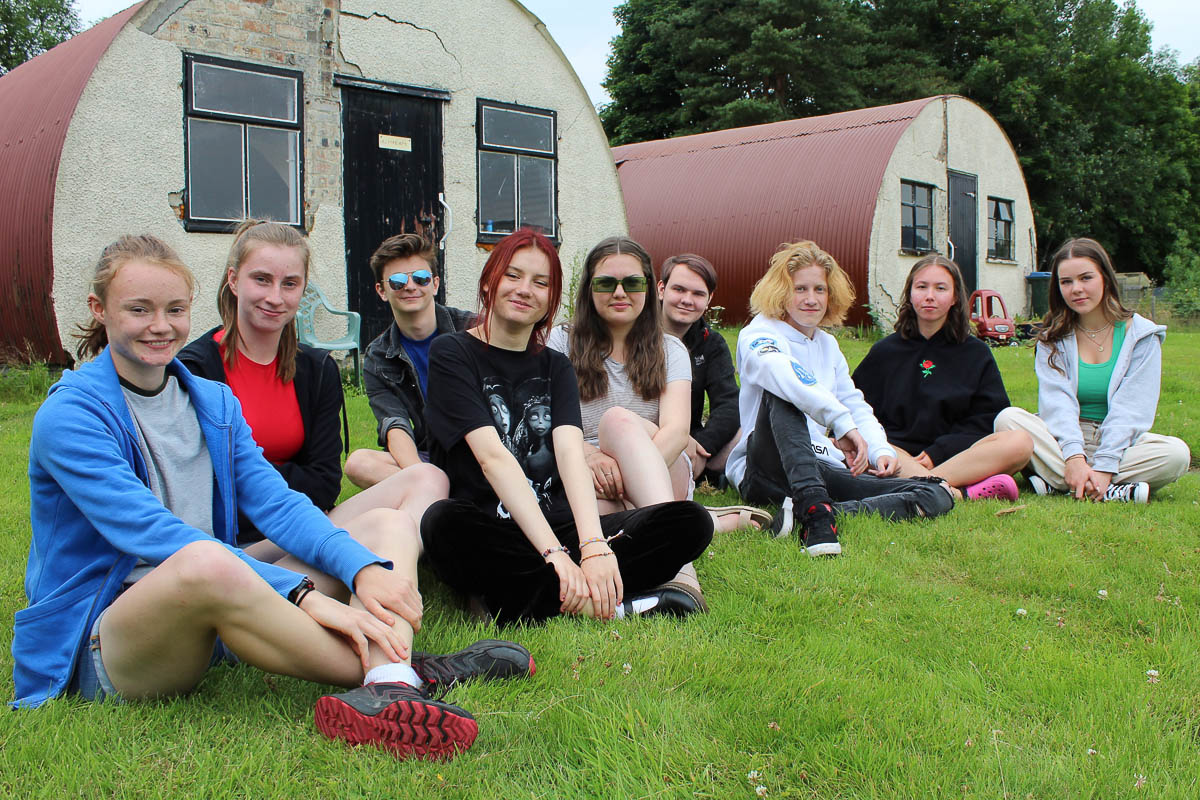 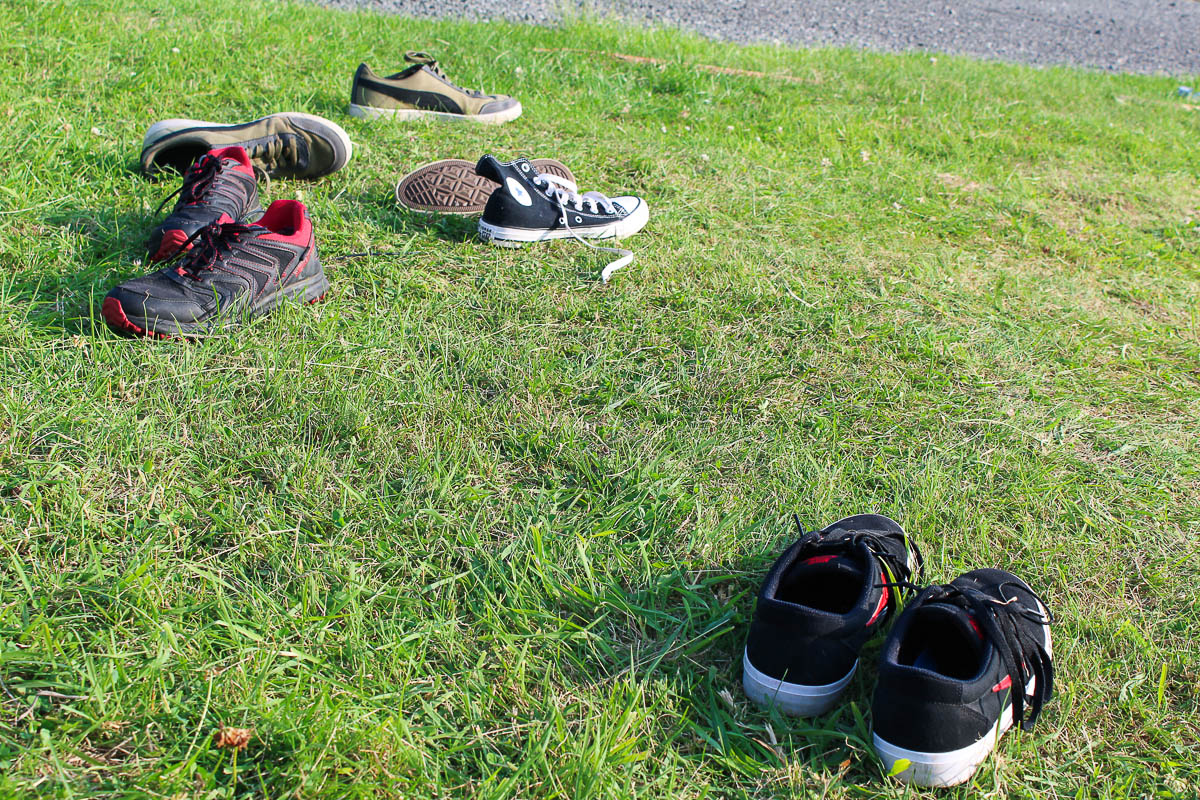 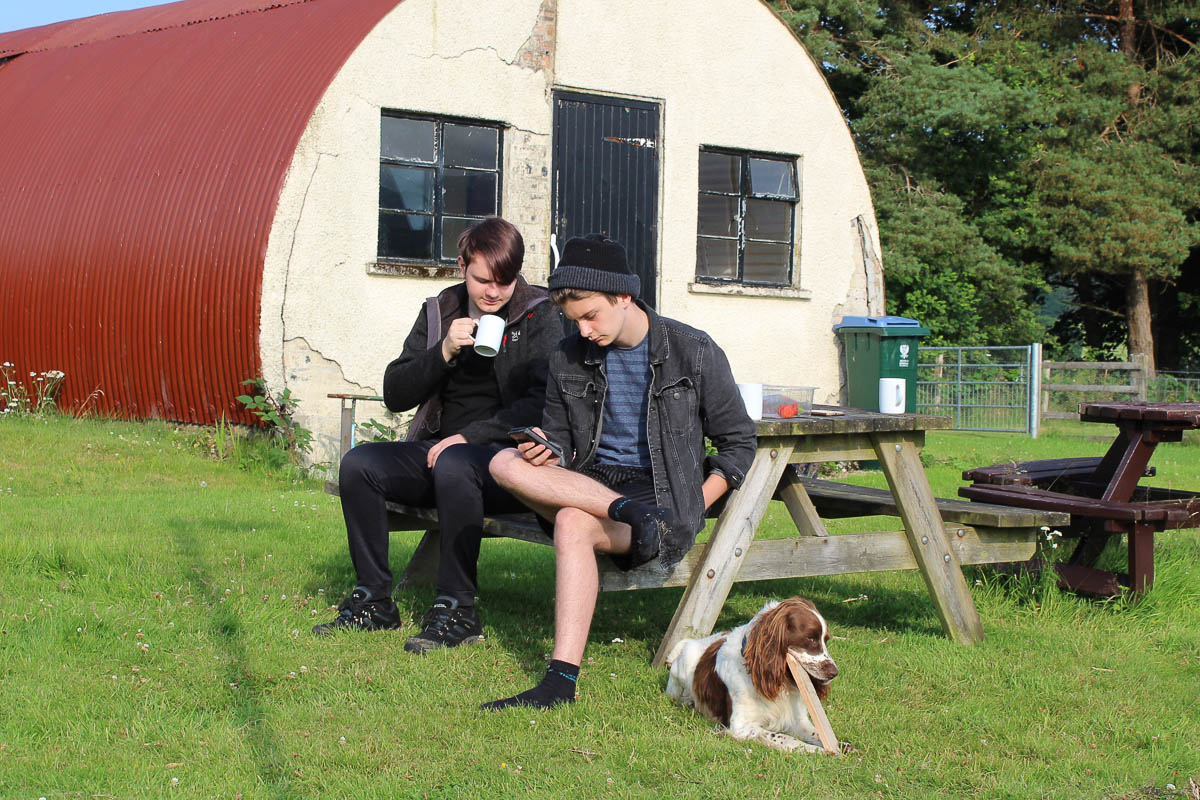 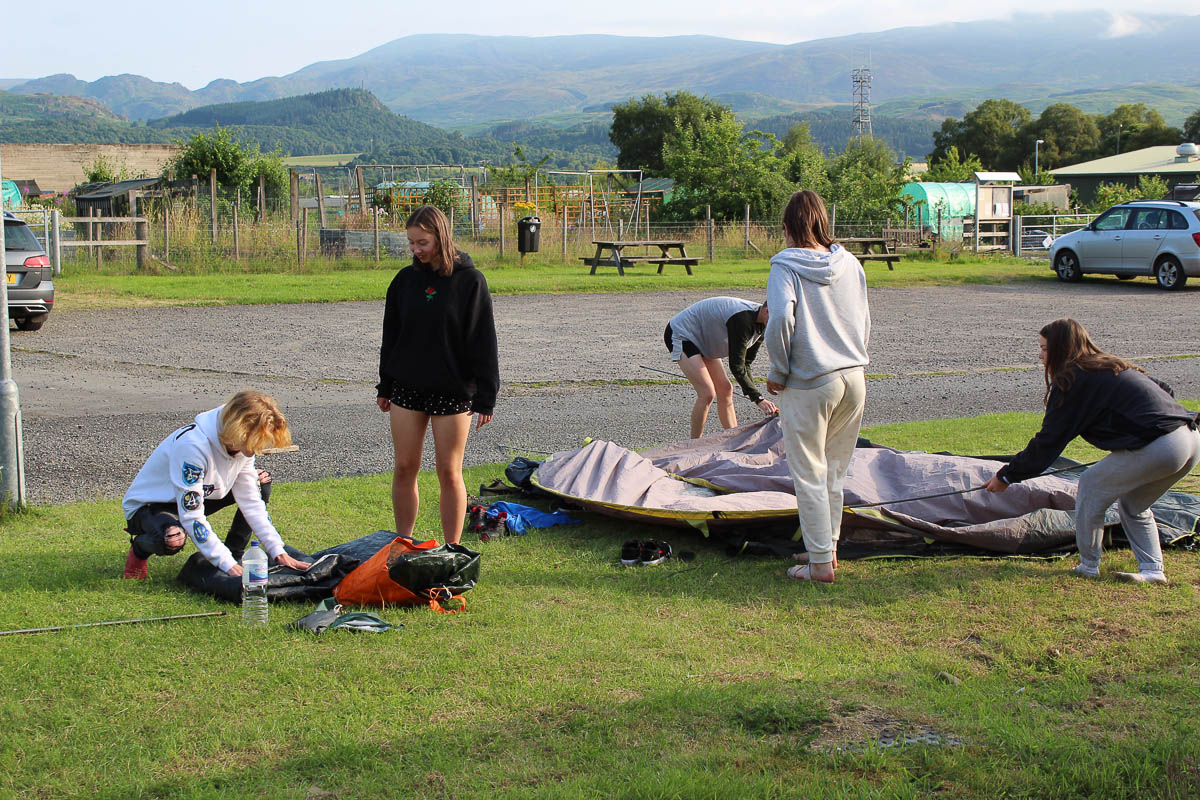 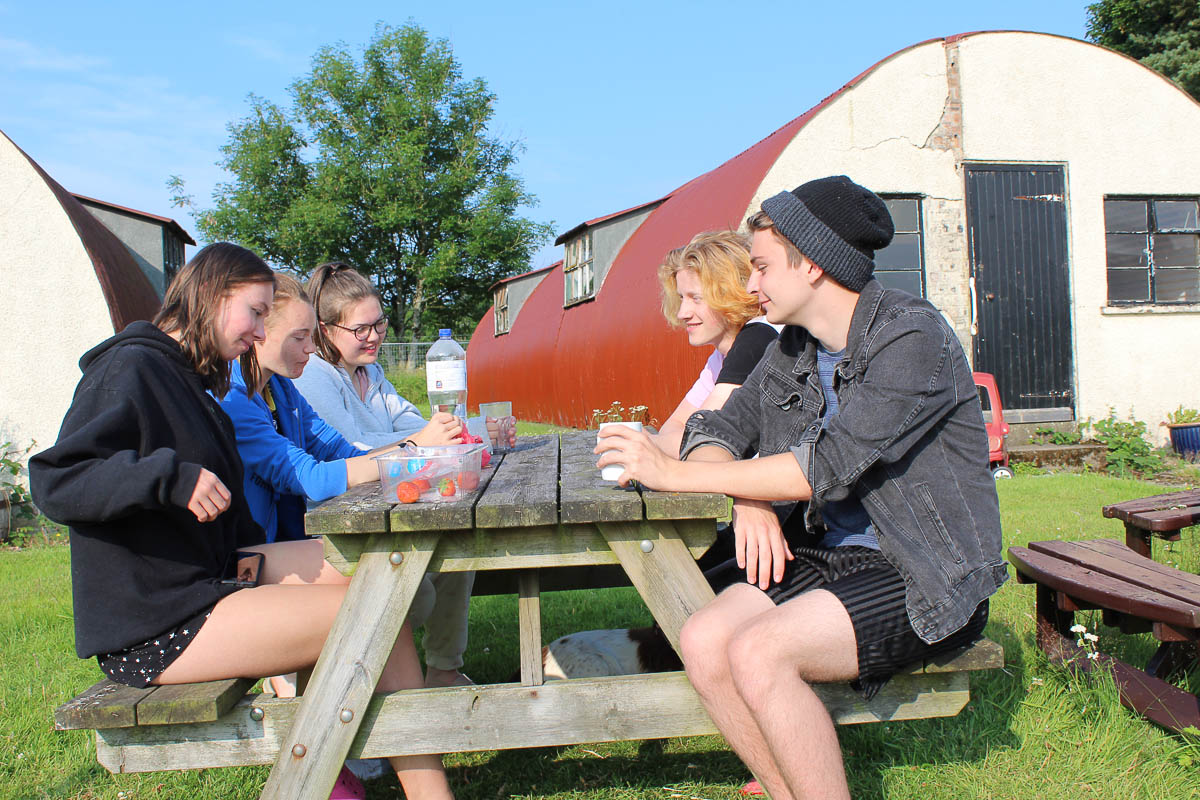 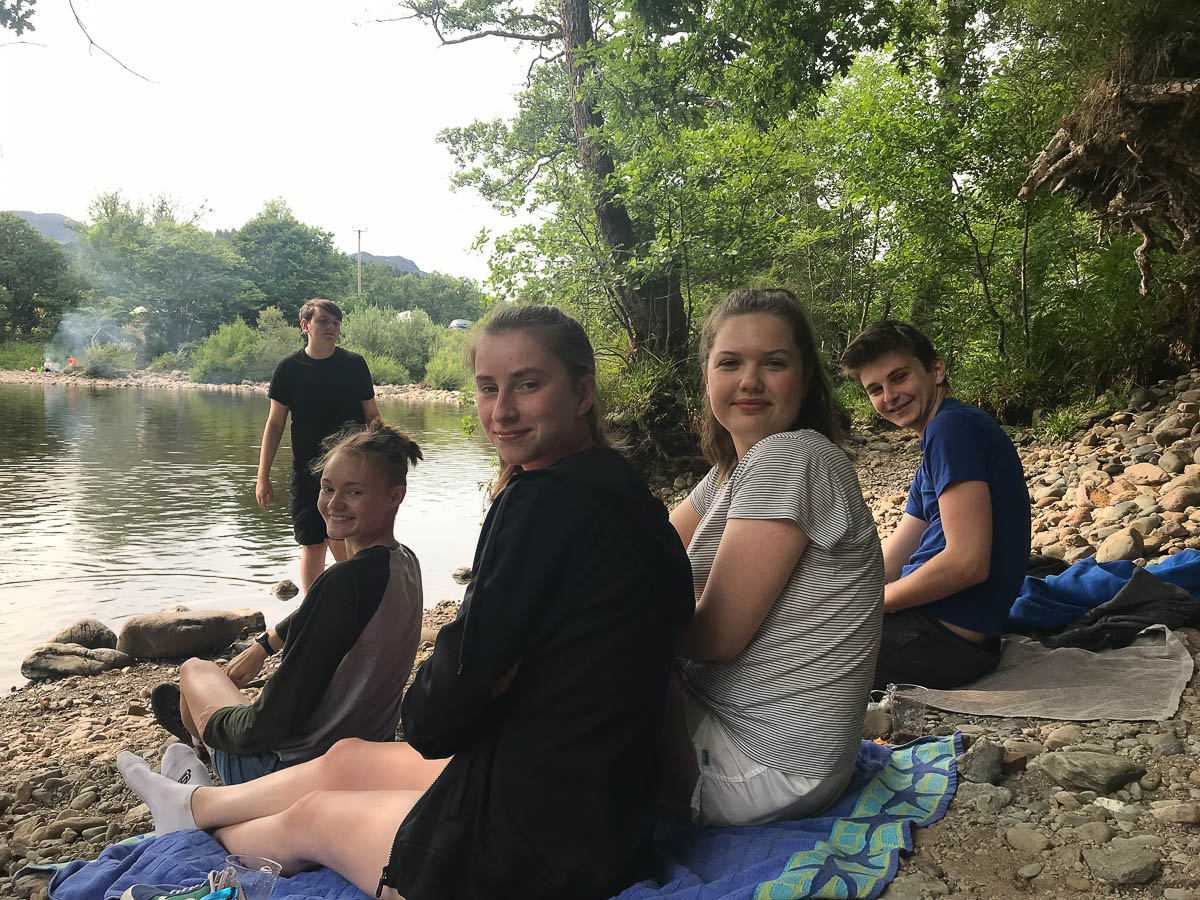 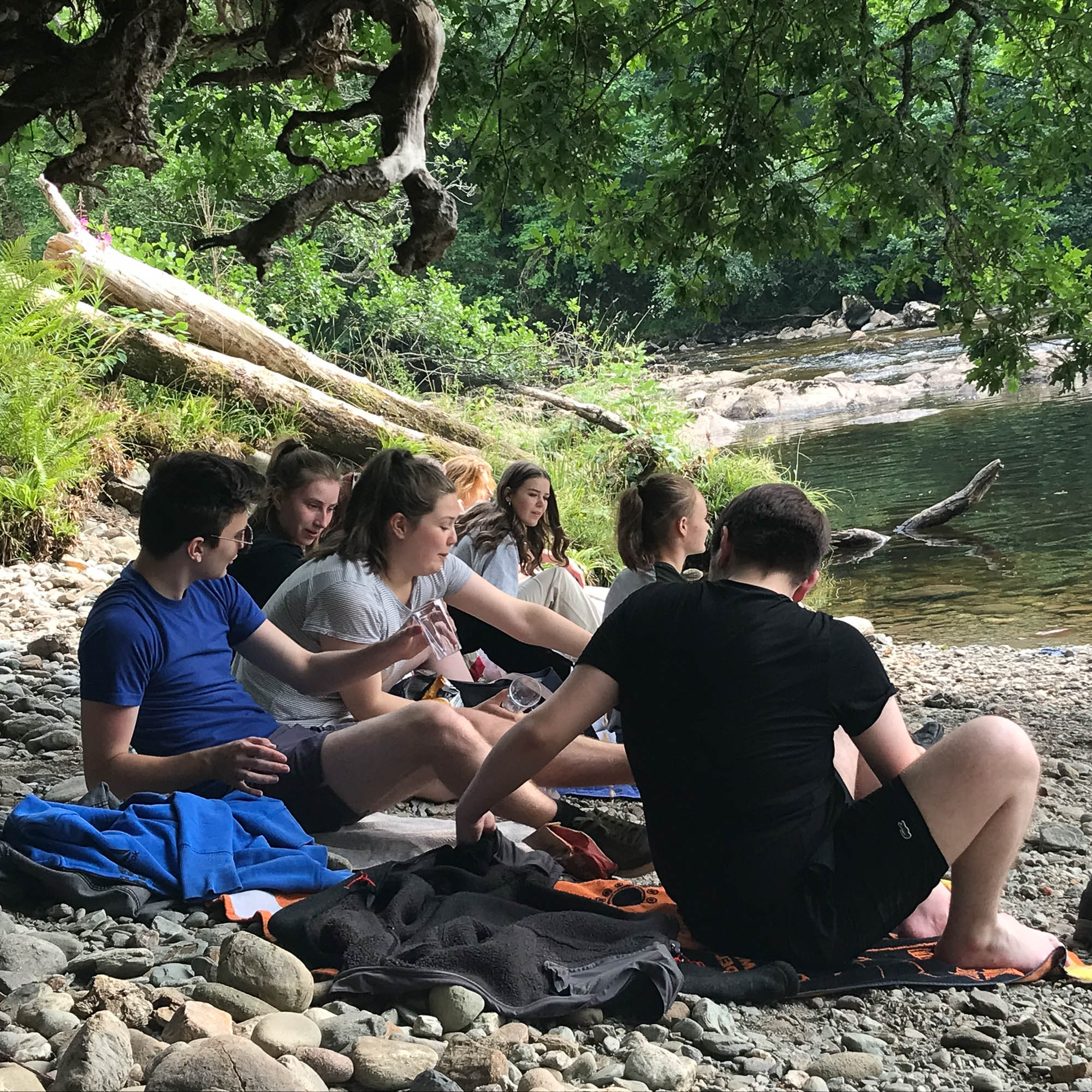 People
→
Generation Z
→
Article
What Moves the Next Generation
Share this article
Nine teenagers converge excitedly at a former WW2 POW camp in rural Scotland, looking forward to a campout in an unusual setting. Teenage "me time" - the chance to hang out, eat rubbish, talk their own brand of chitter-chatter and generally enjoy the summer vacation time after a year of COVID restrictions and general weirdness.

These 16 and 17-year-olds are on the verge of adulthood. A few of them have just left school and are about to embark upon the next phase of their lives. But what are their assumptions, expectations and preconceptions on what might carry them on that journey once the taxi of mum and dad ceases to be available (if it ever was), and what role does climate change play in their thinking on electric vehicles and public transport?

Although all of these youngsters are either already eligible to learn to drive or soon will be, none are in much of a hurry.

"There isn't really much need to," says Abbie. "Most of us are planning to go to either Edinburgh or Glasgow [to college or uni], where there is so much public transport," she pauses before adding, "And also the roads are just terrifying."

This is met with much nodding and mutters of general agreement from the others.

"It's just such a big responsibility to be in charge of this big, powerful machine," says Max. "I'm just really nervous about that. Maybe I'll change my mind at some point, though."

Emily agrees, adding: "Maybe if I learned, it would be less scary, but because I don't know, I would just rather take the bus. And it has the added plus that it's better for the environment."

Robin is more confident about the prospect of driving. Growing up, Robin was familiarised with the automobile through that process of osmosis that comes with having a parent interested in cars. "It's not that I didn't want to learn about them," he explains, "It's just that I didn't have much option not to."

Badminton player Abbie is well accustomed to getting around by public transport. She plays at elite level and, Covid restrictions notwithstanding, frequently travels to training camps, competitions and other events all over the country and further afield - nearly always by public transport.

Tommy is another frequent user of the bus, as his household doesn’t have access to a car. He’s not particularly interested in modern vehicles, but instantly lights up when talking about his "dream car", an '86 Toyota Sprinter Trueno (from anime culture). "It's a beautiful car," he gushes.

He’s also a big fan of cities because they "can store far more people". While admitting that apartment blocks can be “a bit of an eyesore”, he says: “It's just better for the world at large it we're able to do the most that we can with as little space as possible."

Nevertheless, he enjoys rural life, despite its sparse public transport, commenting: "It's a little bit more inconvenient without a car. But to live somewhere with views like this, I think that's absolutely worth it. I couldn't care less, if I've got to wait an hour for the bus."

"You don't have a job, though," quips Bianka from behind him: "So, I guess it's easier for you."

Bianka is another nervous about the idea of driving, but admits to finding cars cool. The rest agree, chattering animatedly about freedom and convenience, musing about road trips, refurbishing "retro cars" to be kinder to environment and what they could do if money were no object.

When we turn to the topic of cars as a status symbol, all admit that they form opinions on people based on the car they drive. Tommy, says: "When I see someone in a Bentley, I don't look at the car, I look at the person inside it."

"And there's this thing that comes with cars that I notice as a pedestrian quite a lot," he adds, "People, when they're in the car, they get this sense of superiority. They look out at all they survey as if they own it. Everyone does it. They just feel the safety that the car provides them, the status that it provides ..." he sighs, a note of frustration in his voice.

When I raise the subject of transportation and the environment, a mild tone of youthful cynicism brings a cool vein to the warm summer air.

Abbie feels that a lot more companies are trying to make an effort to go green. "But they're not doing it fast enough," she complains, "So, it's probably not going to have the desired effect as soon as we need it."

There also seems to be some scepticism surrounding electric cars. "If they work, for sure," says Robin.

Tommy doesn't think he would buy an EV. He reckons that even ten years from now they will still be too expensive. He is also convinced that the UK government will not reach its target of banning the sale of new petrol and diesel cars and vans by 2030, and plug-in hybrids by 2035.

"That whole 2035 deadline - that'll never happen," he says, continuing: "Whatever government is in place at that time, they will say, oh that was silly of the previous government, let's not do it."

When I tell them that EV sales in Norway are already exceeding 60 percent, they are surprised. "But Norway is a progressive country," contends Abbie.

Tommy chips in that British people are very slow to adopt new things. "If their car doesn't make a noise, they'll think that's weird and they won't want it," he says.

There then ensues another animated conversation surrounding the relative merits of Norwegian society, which ends with Max asking: "How has public transport led us to discussing politics?"

It would be easy to assume a gender split in the thinking of this group, with two of the three boys seemingly more car aware than the rest, but that would be to over-simplify.

For these young people, as with most folk regardless of age, there are social perceptions, assumptions and preconceptions relating to cars. The balance between nature and nurture is difficult to pin down. However, car awareness appears detached from the concept of transportation.

For now, at least, transportation is not high on their agenda. It's a means to facilitate an end. If we imagine that it will be another four or five years at least before most of these youngsters would be thinking about buying a car, what options might there be by then?

Will car clubs and subscription models have established themselves as part of the "sharing economy"? Will public transport be integrated into a seamless MaaS infrastructure? Will there be a proliferation of "15-minute communities"? And will the new working practices prompted by the pandemic persist, or will we all have returned to the good old-fashioned commute?

And if we look just a little further to eight years from now, as we contemplate the last few months of sales of new petrol and diesel cars and vans in the UK - will Tommy be proved right?