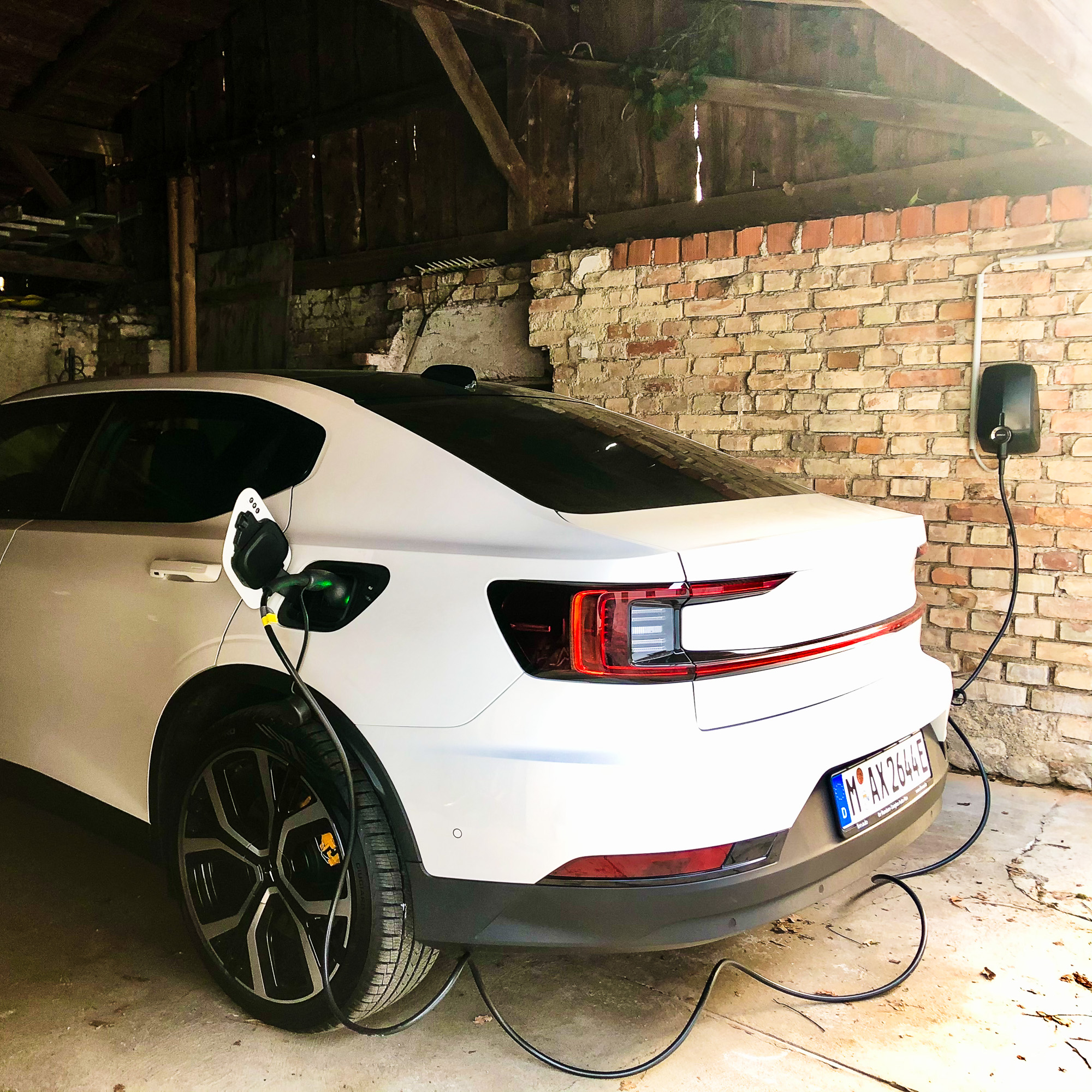 Lifestyle
→
Innovation
→
Article
Want to Install a Wallbox for your Garage? It’s a Drama!
Share this article
Over the past few years, I have conducted dozens of tests with electric cars in Germany, Switzerland and Austria. The starting point was not always my home in Upper Bavaria, but often in the Fugger city of Augsburg or in the Rhineland, my 'original home'. This explains why I have not yet invested in my own wallbox in our garage.

But that's changed, because a few weeks ago I applied for a grant from the German KfW development bank for my own charging station for electric cars. After all, 500 million euros in funding for private charging stations have been made available here in Germany since the end of November, an amount that was already increased twice. This is what I would call the right incentive!

Like many other e-enthusiasts, I tried in vain to submit my application on the KfW website on the launch day, Nov. 24 last year. The online page of the development bank was completely down, and it was like this all the time during the first 36 hours.

On the evening of November 25, it was finally up, quickly filled out the funding form and I got the confirmation of receipt of my application. The grant amounts to 900 euros, but the charging station itself could not be ordered beforehand. And now, at the latest, I became part of a seemingly endless queue. Although I ordered my charging station directly after receiving the application form, I have been waiting for the piece ever since… and waiting, and waiting...

WHERE TO BUY THE WALLBOX AND WHICH PRODUCT TO CHOOSE
As a supplier, my choice fell on an online store for electrical goods. My local electrician had recommended that I buy from there, and the product for the in-house garage also came about on his recommendation. We decided on an ABL SURSUM 1W1101 Wallbox eMH1, designed for 11kW including charging cable type 2. The product was indicated as available in the online store.

The Franconian manufacturer ABL (which means I buy almost locally) enjoys an excellent reputation, the wallbox eMH1 was awarded in the ADAC test and is attractively priced. ABL calls itself one of the pioneers of electric mobility and produces wallboxes and charging columns for private, semi-public and public use as a family business from Franconia.

My package costs 635 euros including shipping - so there are still a few euros left for the installation. In general, the product and its installation must not be less than the subsidized 900 euros, otherwise there is no subsidy - end of the road! A further condition for the KfW subsidy is that the output is limited to 11 kilowatts and the system can be controlled by the grid operator. This is a sensible way to prevent our power grids from being overloaded in the event that too many electric vehicles are charging at the boxes at the same time.

ONE, TWO DAYS BECOMES SEVERAL MONTHS
Back to my order: the thoroughly reassuring message from my supplier appeared on the confirmation: "Delivery will be made within 1-2 business days outbound here via DHL, subject to full availability." Factoring in a Christmas package stress, I booked my electrician for installation the week before Christmas Eve.

However, it’s now 2021 and the wallbox is still missing and without a trace. The apparently not only for me quite attractive grant in the amount of 900 euros for their own e-car charging station visibly triggered a veritable flood of applications to the development bank. In addition, the producers of wallboxes and the trade were apparently completely surprised by this surge in demand.

Shortly before Christmas, I carefully asked the supplier when the wallbox could be delivered to us. A first answer boldly stated 'end of December', i.e. between Christmas Eve and New Year's Eve. Today, one week after the promised delivery, the answer is that they do not know when the wallbox can be delivered. In addition, there are rumors in the market that the wallbox eMH1 I ordered will not be available again until the end of March.

WHAT I LEARNED FROM THIS DRAMA WITH MY WALLBOX
On the one hand, there's the gift horse that you shouldn't look in the mouth. For the younger generation, this means that I shouldn't make such a fuss about my sensitivity - a 900-euro subsidy is highly attractive, and my wallbox will come at some point. And anyone who expects mobility innovations to always work immediately and without hiccups is bound to be disappointed.

But somehow my wallbox drama here at home is a typical sign of the expansion of e-mobility in Germany. First, the website of the funding bank is down for hours, then I get promises from the supplier and after another few weeks I'm still without a charging station. I hope that after the foreseeable extension of the lockdown, I will finally be able to charge my electric car in my own garage. Provided that my electrician does not let me down this time.