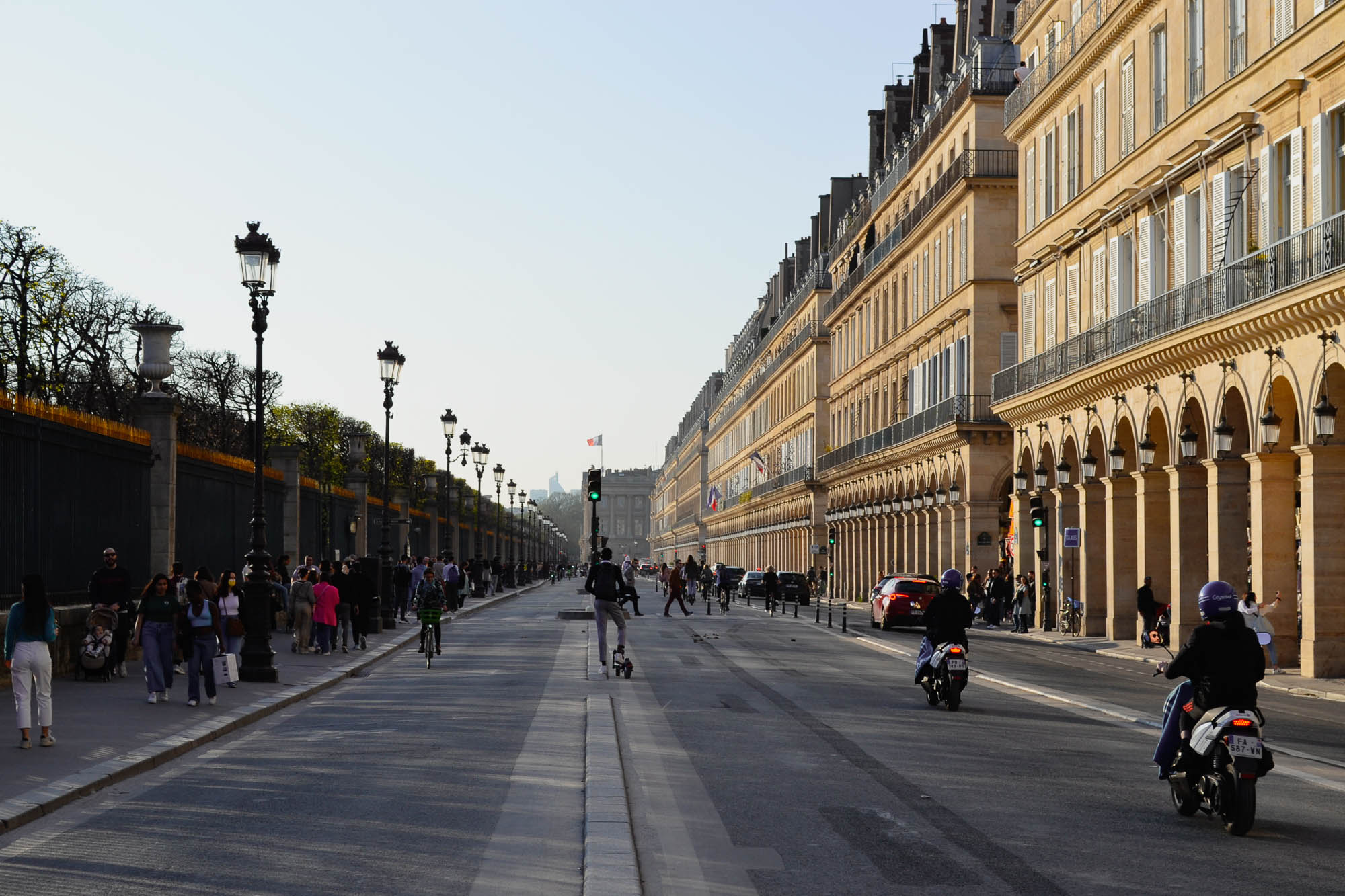 Urban
→
Smart Cities
→
Article
Urban Mobility Needs Smart Cities
Share this article
It is undisputed that we need a new way of thinking when we discuss the future of urban mobility. European cities and their leaders are facing common challenges with a constantly growing influx of new inhabitants. A successful handling of urban mobility challenges requires an understanding of what a smart city is and how mobility can help drive its prosperity while providing sustainable solutions at the same time.

Urban mobility of the future requires comprehensive spatial and urban planning strategies, concepts and concrete measures. The aim is to optimise transport routes in cities and their surrounding areas. The transformation of these transportation services to sustainable and efficient means of transport goes hand in hand with a necessary urban energy transition. Because the means of transport of the future will allow us to move around electrically, the future 'fuel' will be sustainably produced (so called green) electricity that drives the respective electric motor from batteries or fuel cell vehicles.

Added to this are the challenges of urban logistics, the delivery of goods within daily traffic in our cities. Urban logistics of the future concern the transport of goods and merchandise, especially general cargo, courier, express and parcel deliveries (CEP for short), as well as heavy goods transport, through which large transport volumes are brought to the urban centres with the help of trucks. The last mile delivery is then orchestrated by new smaller vehicles, such as electric cargo bikes, electric pods and the like.

And let us not kid ourselves: change is urgently required as air pollution turns out to be the single largest environmental threat to human health globally with the WHO (World Health Organisation) estimating that seven million people die due to air pollution-illnesses per year. Mobility and transport contribute about 25 percent of all energy related greenhouse gas emissions. Hence air pollution in urban areas where population and vehicle density are both high needs to be addressed now.

Hardly any city in Europe isn’t on the move to become smarter - building a smart city for everyone so to say. Work is being done on transforming to a mobility of the future: traffic flows are being analysed, public transport is being expanded, cycle paths are being widened and newly developed, new means of transport are being integrated into planning and at the same time the switch to environmentally friendly means of transport is being made. Urban mobility transformation is constant and requires patience, however it goes without saying, that there is always the one that deals with matters in a more professional way, someone who understands how urgent we need to move.

All mayors and mobility authorities across Europe are facing the same question: what does my city really need to offer smart and sustainable mobility solutions to my inhabitants? How do we deal with challenges cities face today and how do we convince doubters to act with so-called "quick wins"? Or which concepts are simply impossible to finance?

What is really needed in transforming cities to a smart one?

It is clear that there must be an intelligently linked mix of the most diverse mobility measures. Ultimately, urban mobility solutions perform in the city of tomorrow. The development of urban mobility operates virtually at the open heart at the interface of mobility, digitalisation, urban development and IoT. Only with sustainable innovations and the conviction to take the residents of the cities and districts with them can a sustainable transport turnaround succeed. And this mix must also integrate all commercial requirements in the cities.

From the 60s to the present, we have seen developments in our cities that almost lead to a standstill. The car was placed in the centre of all transportation, its use case was idealised to such an extent, that we destroyed most of our inner cities by building streets, carparks, bridges occupying the landscape while urban plans were taken over in a kind of utopian realism. Urban development from the 60s to the late 90s was dominated by our global focus on the car - all other mobility means were swept to the side. This focus is no longer there for those who successfully change in their city.

Current examples from progressive cities such as Paris, Copenhagen or Rotterdam show that we do not always have to dream of great future scenarios in these current urban mobility issues. Innovative smart city technologies there include small steps, such as intelligent traffic lights, digital traffic signs or sensors that record data on traffic, weather or air quality. Public transport uses real-time information, residents and visitors use apps for ticketing and access sharing offers from a wide range of providers for electric cars, e-bikes, e-mopeds and e-scooters. Let’s take a closer look at the top performers when it comes to changing urban mobility in Europe.

Smart Mobility Made in Paris

There is hardly any European city implementing smart and sustainable mobility more consistently than Paris. The first thing you notice in Paris today is that there are less cars on the streets compared to ten years ago. But how did this happen: When the current mayor, Anne Hidalgo, took office for the first time in 2014, she and her team came up with a plan to turn Paris into a real 15-minute city. Its concept aims to improve the quality of urban life for its inhabitants, the visitors and tourists alike. The goal of that smart city approach is that all services that residents need can be found within a quarter of an hour's walking or transport distance. Thus, mobility takes on a central role in such a city, as it is necessary to create minimal distances between homes, offices, recreation zones, supermarkets, cafés or cinemas and museums. The 15-minute quarter fulfils all these requirements and, incidentally, becomes a liveable quarter full of life and ‘joie de vivre’. It is really exciting to see the changes in the French capital and it is clear that Hidalgo and her team want their city transformed for the Olympic Games in 2024. "I want a city where I can breathe", stating Anne Hidalgo's famous quote.

Smart Cities in the Netherlands

The Netherlands for a long time have withstood the seemingly false promises of cars in their cities. The main urban transport means for the Dutch is the bicycle, these days including e-Bikes. Yes, the Dutch and their bikes are inseparable and most Dutch cities developed innovative approaches to cycling infrastructure and policy for decades. From Amsterdam to Utrecht, Rotterdam and Den Haag - cycling infrastructure was improved and led to a removal of cars from the streets of these cities. The additional integration of electric mopeds and e-Scooters - for private use or as a sharing vehicle - helped those people on the move to drive even longer distances.

In 2017 the five largest cities in the Netherlands started with a joint ‘Smart City Strategy’ outlining the different challenges these cities were facing, regarding work life, quality of living, growth, infrastructure, public services etc. They then continued to outline various pillars, or preconditions for success, which together form the national Smart City Strategy. The Dutch are taking these urban challenges very seriously - that’s really smart.

Greater Copenhagen is a smart city front-runner in Europe. Here, a multitude of new smart city technologies and solutions are being tested and developed across the mobility, transportation, ICT, cleantech and construction sectors. The Danish city aims to become the world’s first carbon-neutral capital by 2025, and Denmark is determined to become fully independent of fossil fuels by 2050. These ambitious objectives and the strong political focus on sustainable societies in national and local government create motivation for developing smart cities and pave the way for large-scale testing of smart city solutions in real-life urban environments.

And despite being known as a bike friendly city, Copenhagen opted for the integration of e-Scooters as a second vehicle of choice in 2021. Swedish e-Scooter sharing provider Voi Technology gave us an insight into some usage stats: In the last two years, Voi e-Scooters have replaced 230,000 private car trips and 105,000 taxi rides in Copenhagen, thus reducing pollution of both CO2 and particles in the city. Almost every third ride on an electric scooter in Copenhagen is combined with public transport, and Voi plans to continue to work closely with public transport providers to increase this level of integration. Hence, electric scooters were a great example of a green form of transport that made it clearly easier to live a green everyday life in the Danish capital.