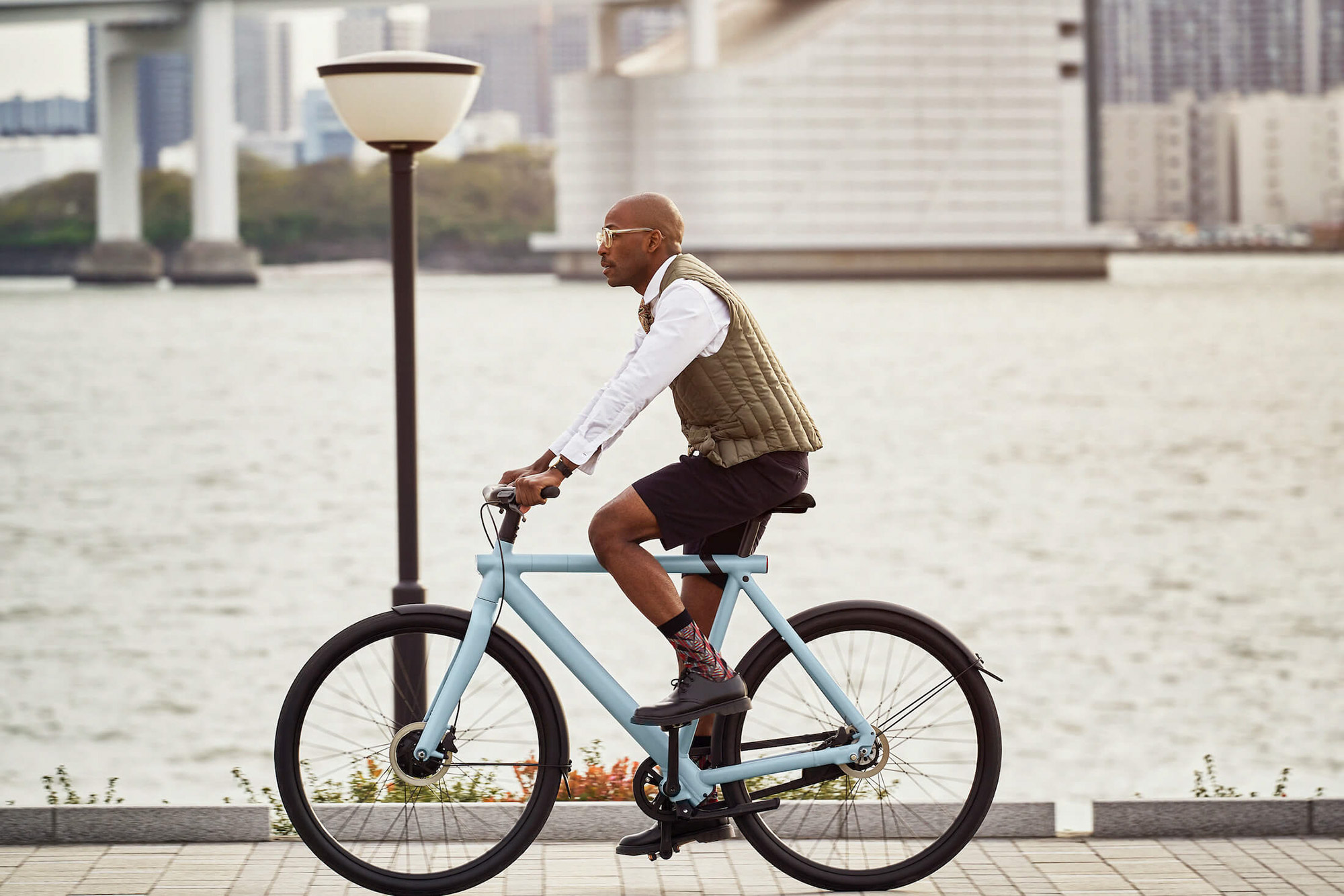 © VANMOOF
Urban
→
Innovation
→
Article
The Year of the E-Bike
Share this article
Individual mobility solutions have really gained traction for urban travel in these times of a global pandemic. For commuters, the car as a means of mobility has extended its 'top position'. For me however, 2021 is the year the e-bike takes the top spot when it comes to means of transport. Let's have a look at how two European e-bike startups took off 2020.

Quite appropriately, a number of international e-bike providers have shone with large rounds of capital. This is always a sign that this form of mobility is gaining traction. From an investor's point of view, there is huge potential in e-bikes.

Which types of E-Bikes exist?

More than 400 e-bike manufacturers bring over 10,000 different e-bikes onto the market every year and it is easy to lose track. E-bikes are no longer a means of transportation for an older generation, as they were at the turn of the millennium. E-bikes can be bought, leased, and there are various possibilities for subsidies. From cities, municipalities, or employers as a substitute for driving to work in your own car to name a few examples.

Today’s electric bikes come in all forms and colours

and I probably forgot some more iterations. Interestingly enough, most models are equipped with app support, such as theft protection, auto unlock or with your own map. With the help of Bluetooth connection, the e-bike app knows if the owner is nearby. As soon as he or she moves the bike briefly, it unlocks itself and off it goes. Digital help - as known from the connectivity solutions of modern (e-)cars.

Why do many people buy an e-bike today?

Subsidies alone are certainly not the only reason to buy an eBike and give up your own car. The demand and usage for high-quality e-bikes is increasing on a global scale. They are considered as a healthy and environmentally friendly alternative in rush hour traffic. With bike lanes popping up in many cities in 2020 to protect cyclists, the trend towards two-wheelers is already experiencing a renaissance in urban centers. The fact that many of these pop-up lanes have now been dismantled, in my view, would undoubtedly not stop the trend toward riding a bike.

I would like to present two examples of e-bike startups that have attracted attention this year thanks to really big rounds of capital and that symbolize the trend towards cool, stylish e-bikes. The reason is that cities around the globe are changing: the space that was sacrificed to the car over many decades is now going back to the people who are no longer pushed to the side of the road, but can now freely use the roads more actively.

Last summer, Belgian e-bike manufacturer Cowboy secured a round of investment worth 23 million euros. This will be spent on its growth in Europe, both in the retail and service sectors. The funds for the Brussels-based Mobility Startup come from five investors, including Exor Seeds, Future Positive Capital and Index Ventures. Exor Seeds is interesting in that it is the venture capital arm of the Italian Agnelli family, a shareholder in the Turin-based soccer club Juventus and luxury car maker Ferrari.

"SINCE AGNELLI IS ONE OF THE LARGEST INDUSTRIAL CONGLOMERATES, WE HOPE THAT THIS INVESTMENT WILL GIVE US ACCESS TO CERTAIN MARKET SPECIALISTS, MANUFACTURERS, ETC." SAID ADRIEN ROOSE, ONE OF THE THREE CO-FOUNDERS OF COWBOY.

This Series B financing round of over €23 million follows a Series A round just two years ago in in which €13.2 million was acquired. More than an additional million pounds sterling were raised through crowdfunding in January 2020. Through the London Buzzbike platform, The Future Fund, Sport Tech Accelerator LeAD, Cooper (the company behind Mini Cooper) and Paddy Byng, a former investor in Rapha and chairman of Brompton, invested in the London Buzzbike platform. Investors with a total volume of almost 40 million euros now believe in cowboy e-bikes. TAKE THAT!

In May of last year, the Dutch e-bike startup VanMoof announced the raising of 12.5 million euros in capital. According to VanMoof, the two lead investors are Balderton Capital, one of the leading European venture capital companies and the assembly partner SINBON Electronics.

VanMoof then increased these investments from the Series B financing round to a total of 61 million euros in September. The next €34 million of the B round was provided by Norwest Venture Partners, Felix Capital and additional funds from Balderton Capital.

Again, the reason for the investors is the international expansion of the company. The German market is particularly attractive for VanMoof, as this is where around 50 percent of the company's revenues were generated. This represents a strong year-over-year growth of 323 percent and shows how important the expansion strategies of the Dutch and the Belgians are.

With the support of the new financiers and the global cycling community, we are jointly advancing our goal of getting the next billion people on the bike.
Taco Carlier, Co-Founder and CEO of VANMOOF

VanMoof sees itself as a "market leader in sustainable mobility". The success of the Dutch company's new e-bike models has more than doubled sales figures compared to previous launches. VanMoof has grown extremely rapidly in the last two years, quadrupling its sales from 10 million euros in 2018 to almost 40 million euros in 2019, well on their way to hitting their annual sales target of 100 million euros in 2020.

Where do we see the e-bike segment heading?

We are currently reading about the developments in the sharing economies in our cities on a daily basis. The Lime e-bikes with their sharing bikes in Rotterdam, the e-mopeds and e-scooters from TIER Mobility or the e-pedelecs from Bond in Zurich, which can now also be found in Munich, Hamburg and Berlin: just a few examples of the media-effective appearances of the sharing providers of Micromobility solutions.

The providers of e-bikes seem to be a little short of the mark here. Not at all. Investors have clearly recognized this market segment and are giving millions to e-bike startups to expand their brands in Europe. And that's a good thing, because the sustainable and ultimately healthy form of mobility offered by e-bikes will help us reduce traffic in urban centers.

Especially now, in the age of COVID-19, when many of us deny public transport for fear of contagion, it is important to further expand alternative means of mobility. The ownership of e-bikes is a solution to a global mobility turnaround. VanMoof and Cowboy are two outstanding examples of this development - right here in Europe.