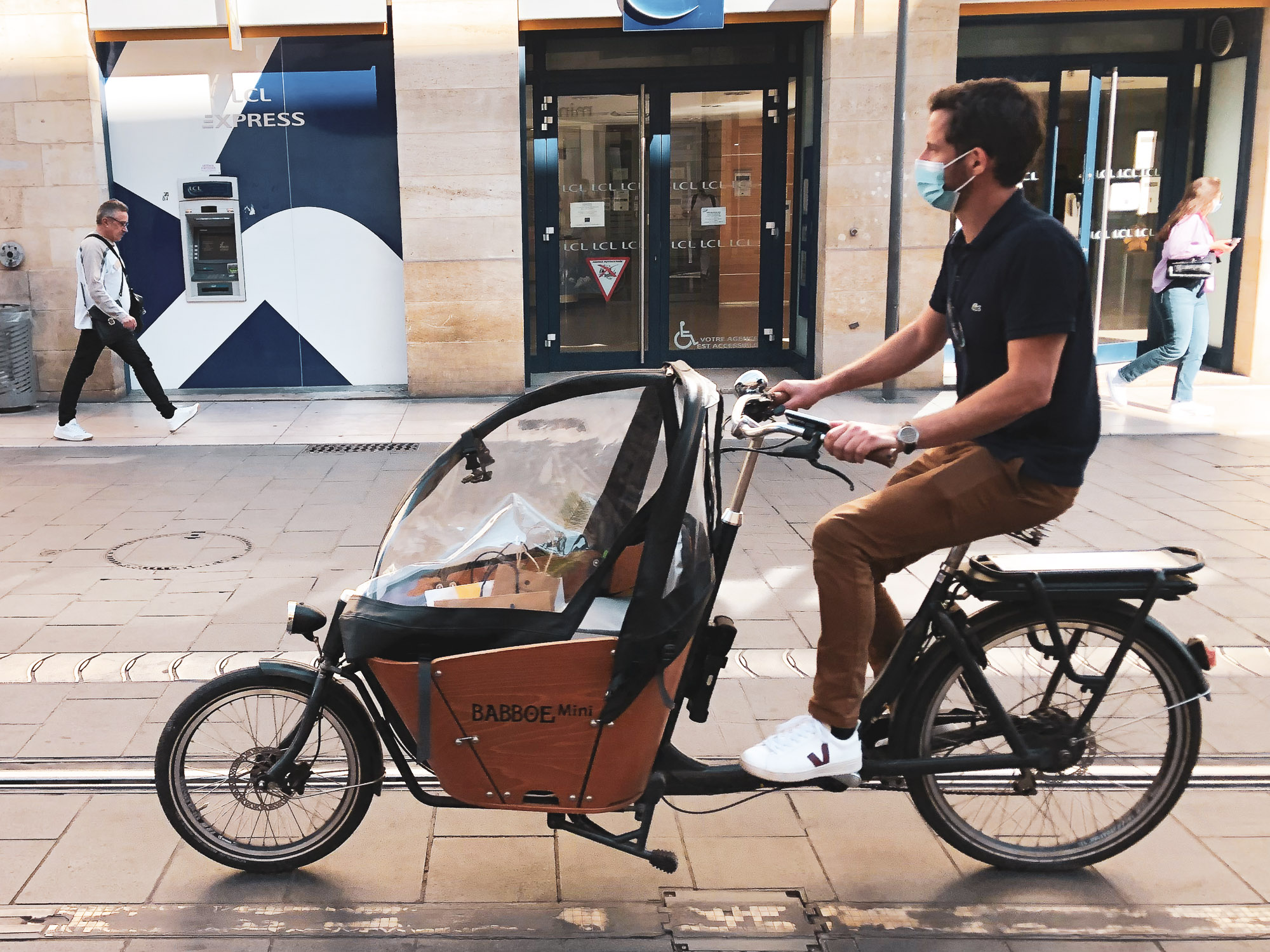 Mobility
→
Vehicles
→
Article
The Boom of e-Cargo Bikes in Europe
Share this article
Not many vehicles have arrived in such a tremendous Bang over the past 24 months or so as the e-cargo bike. Long seen as the uncool, ugly transportation tool of a few urban eco-geeks, electrically powered cargo bikes today have changed their image a full 180 degrees. For most mobility experts and infrastructure planners e-cargo bikes now represent an important part in urban transformation. MOTION takes a closer look at the developments in two very different European markets - Germany and the UK.

What is the reason for the current E-Cargo Bike Boom?

Powerful cargo bikes with and without electric drive are now replacing cars, SUVs and vans in many cases in our urban centers. More than half of all motorized transport in European cities such as Paris, Berlin or London could already be handled by these two or three-wheelers, a few recent studies reveal. Cargo bikes are good for the environment, help save money, keep people fit, are fun for children, and are now also socially 'in vogue'.

The looming driving bans and a general desire for clean transportation in urban centers are two main reasons for the renaissance of the cargo bike. Whether for a sustainable lifestyle, personal fitness, or pure cost savings, their owners are increasingly leaving cars behind and relying on cargo bikes for transportation. Children's transports to daycare or school and the weekly shopping are done with the e-load bike today, no problem.

With their love of cargo bikes, Europeans are making them part of a growing trend. Cargo bike sales in Europe grew by 38% in 2020 and were projected to grow by another 66% in 2021, according to a European cargo bike industry survey of 38 specialised producers. The Confederation of the European Bicycle Industry released several reports about the latest trends in use cases of cargo bikes. Following their stats, the largest European market is Germany (by far), where the national Bike Association (ZIV) registered 103,000 cargo bikes sold in 2020. In second place came Denmark with 25,000, the Netherlands with 16,000 and France with 12,000 sold in 2020.

And the growth of cargo bikes seems to have just started. A recent study called Fahrrad-Monitor 2021 released by German bike blog cargobike.jetzt (translates ‘cargo bike - now’) revealed that there are 8.4 million potential cargo bike buyers in Germany alone. More than twice as many are interested in cargo bike sharing. In response to the question "Could you generally imagine buying a cargo bike?", only seven percent said yes in 2017. In 2019, the figure was ten percent, and in 2021 it is now twelve percent. Extrapolated to the approximately 60 million 14 to 69 year-olds living in Germany, that's around 7.2 million potential new cargo bike buyers. Then there are the 1.2 million or so cargo bike users who, based on experience, are likely to be interested in a new or second cargo bike sooner or later. That makes a total of 8.4 million potential cargo bike buyers in Germany! Ka-Ching! Early indications show that Germans bought more than 75,000 e-cargo bikes in 2021 - a record number.

The UK - At a Different Starting Point Today

In the UK, about 4,000 cargo bikes were sold in 2020 which makes this a much smaller market. However, recent months brought up some startling predictions on cargo bike growth in the UK according to the Bicycle Association of Great Britain (BAGB). They expect sales in 2021 to have increased by up to 60% in the UK, some players in the bike market have much higher predictions than that.

The BAGB assisted the UK Government in the creation of a €2.3 million ‘eCargoBike Grant scheme’, available by the Department for Transport in 2021/22 for the purchase of e-cargo bikes to support businesses switching to a sustainable transport solution. The capital London appears to be a particular hotspot for current cargo bike use. With a London Congestion Charge (LCC) now covering a much bigger part in the capital since the end of last October, the role of cargo bikes is becoming more interesting for suppliers and service providers. Cargo bikes are exempt from both ULEZ (Charges in the Ultra Low Emission Zone) and LCC financial costs as they are seen as a perfect tool to help improve London’s air quality. A nice side-effect: these cargo bikes help cut congestion at the same time.

With typical bike markets such as the Netherlands and Denmark already having a very high proportion of cargo bikes per capita, the two countries with large populations, Germany and the UK, are now catching up. A stunning 8.4 million potential cargo bike buyers in Germany show that this electric vehicle will be a substitute in urban spaces for many, whether in commercial or private usage. The UK is catching up and its capital London is a great role model for other cities to come. With its very successful protected cycle lane building programmes, cities like Leeds and Birmingham will be ideal followers and many expect these cities to roll-out their own schemes to incentivise the purchase of cargo bikes.

Electric cargo bikes in Europe are a true success story and will help transform urban transportation to become cleaner and more sustainable - no doubt about that.