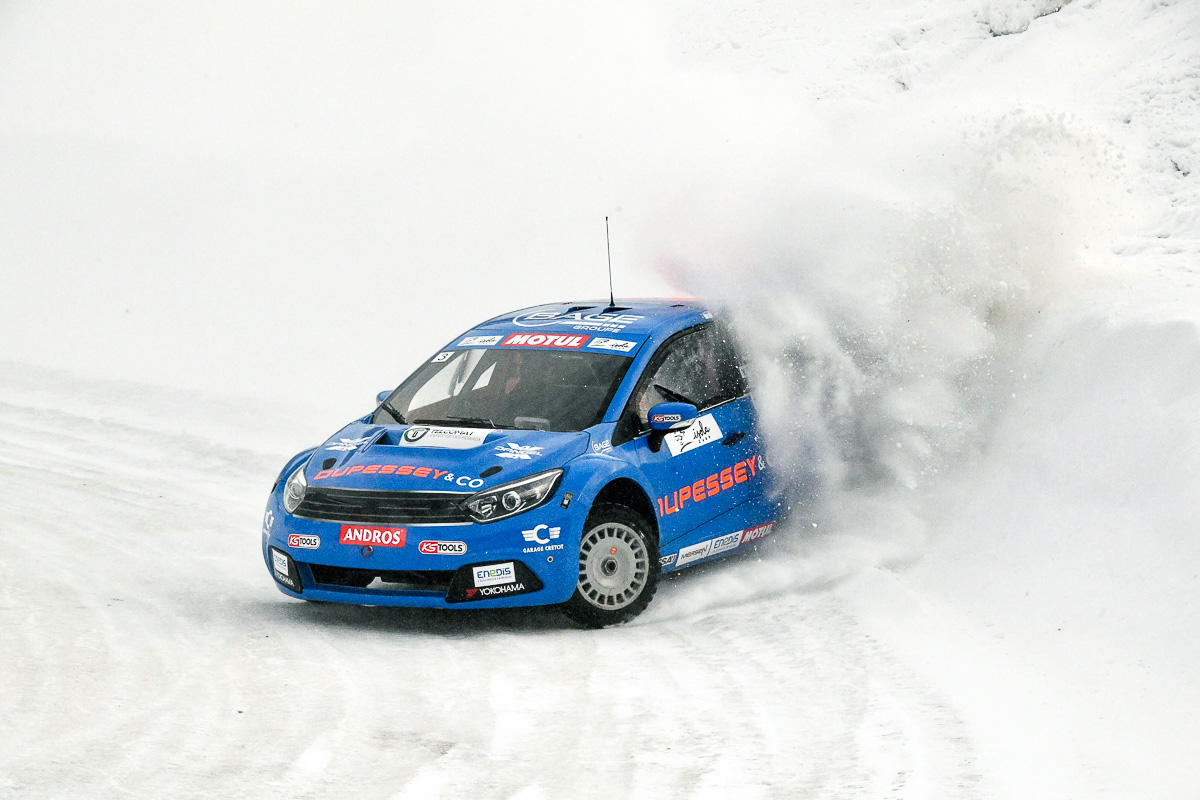 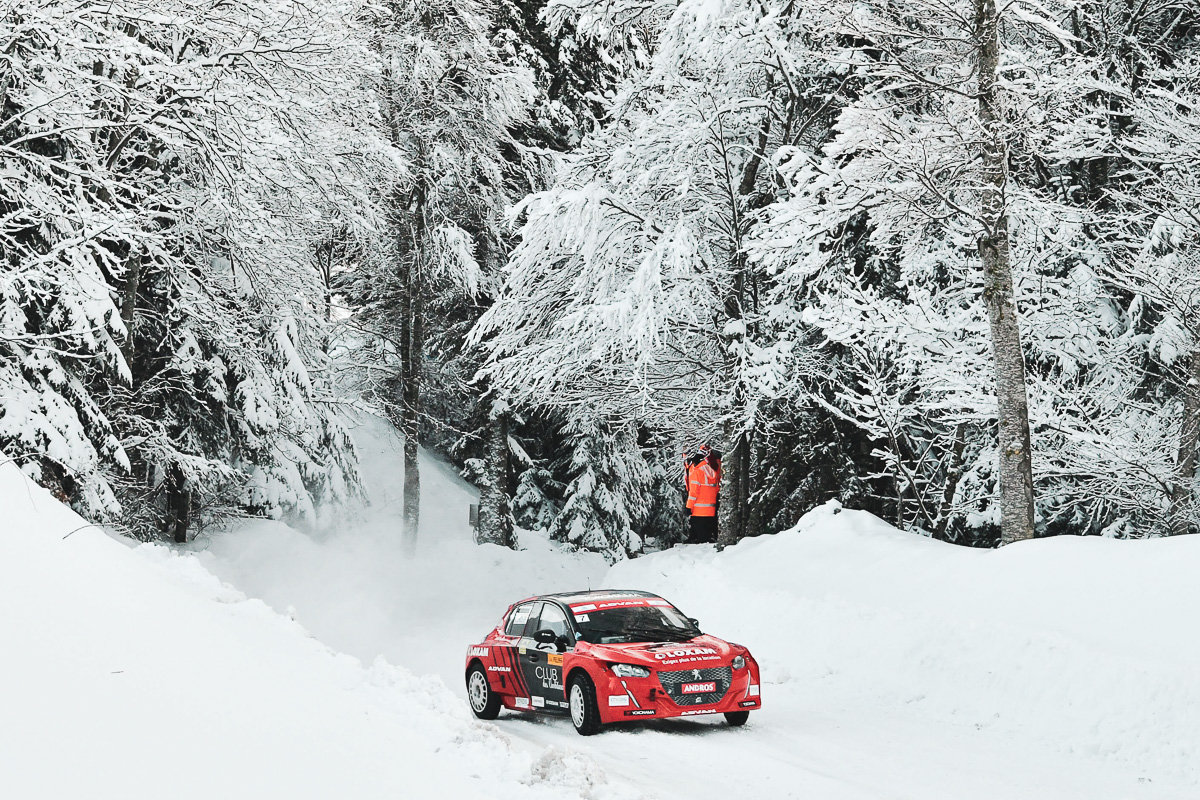 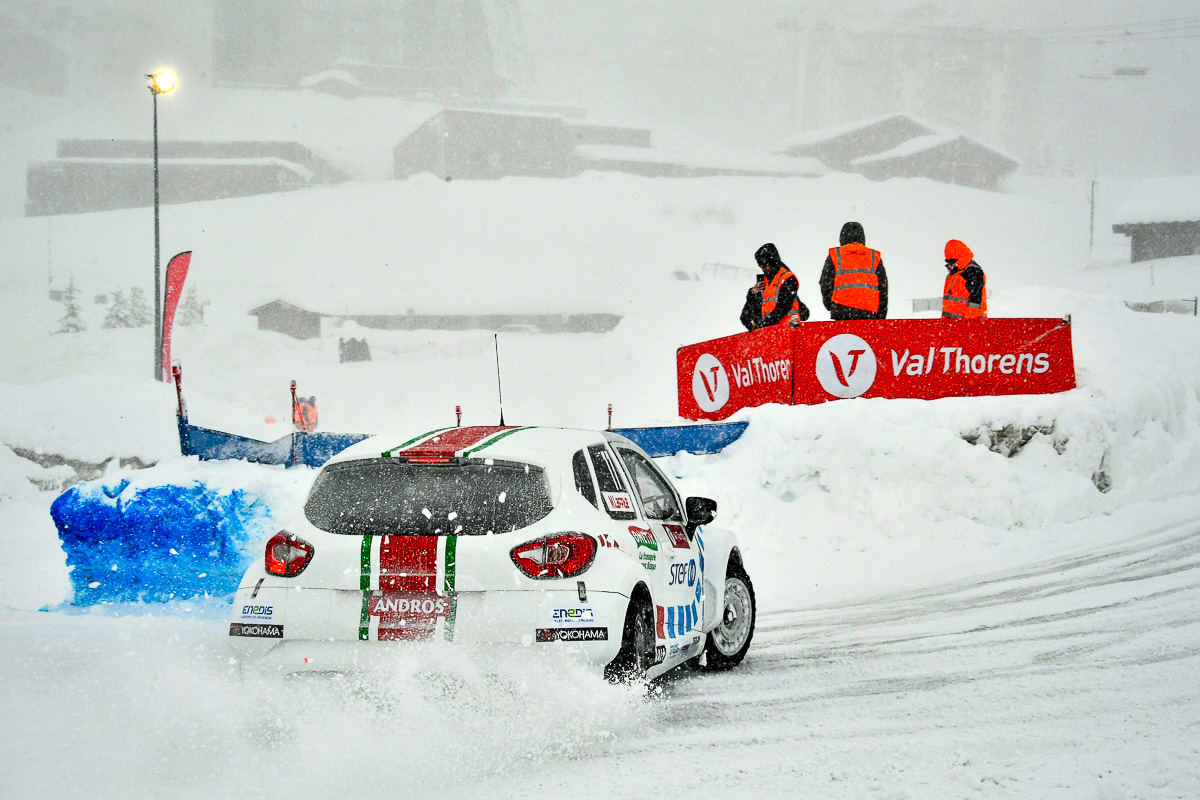 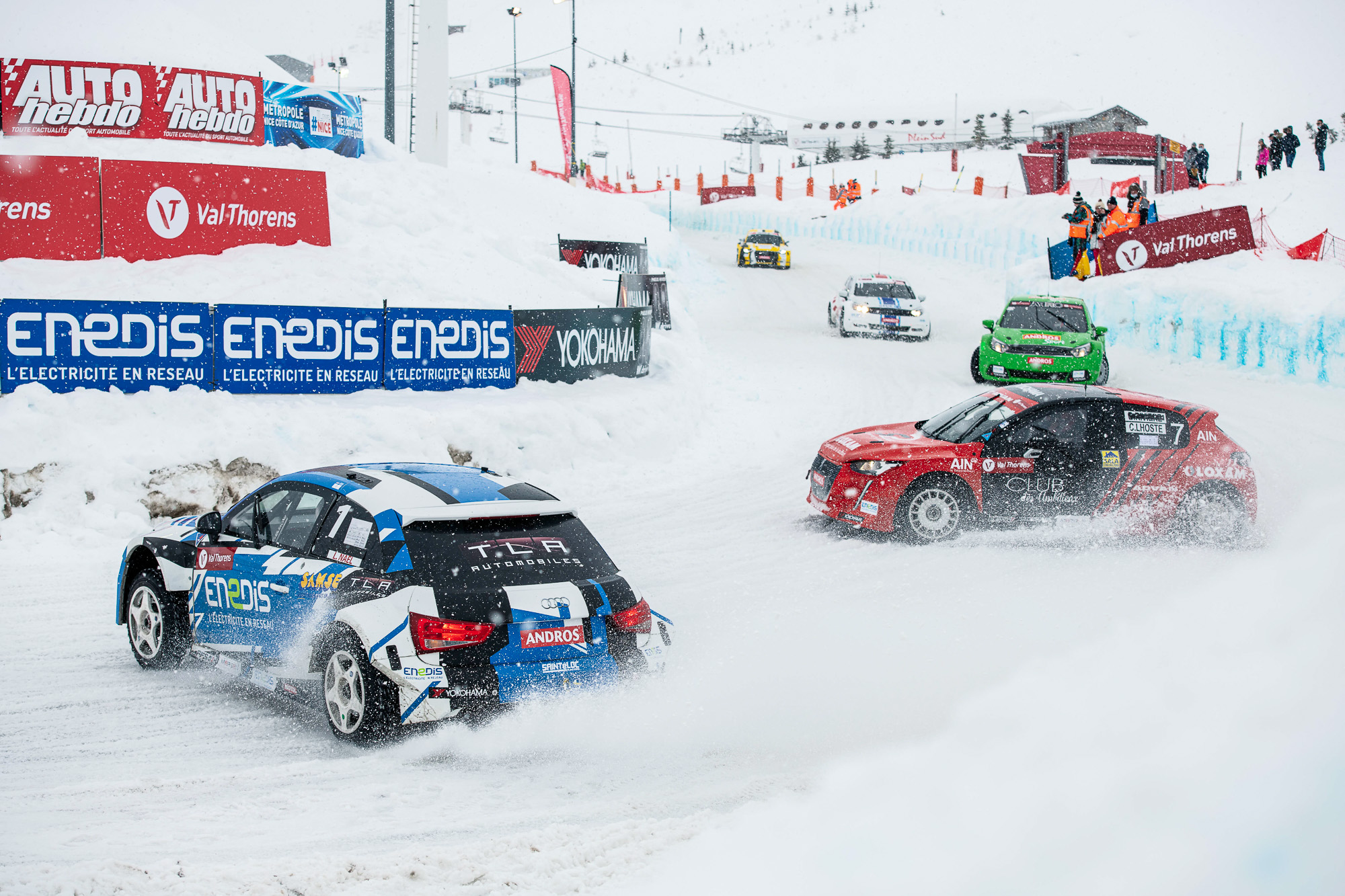 One of the major draws for Andros Trophy fans is its accessibility. Travelling to the alps may be a bit of a jaunt for many, but when fans arrive, they have easy access to all the action. Fans are free to walk the length of the paddock, chat with drivers and even hit the slopes on their skis and snowboards while they are there. Also, drivers love the festive atmosphere off track and the intense competition on the track.

The 2019-2020 season saw the Andros Trophy reinvented with the organisers scrapping the 360bhp V6 petrol engines favouring all-electric power. This means that the Andros Trophy has presented a whole host of challenges for its competitors.

Racing electric cars in the Andros Trophy is no mean feat. As the races take place in ski resorts, temperatures often drop below -15C, and when combined with altitudes over 2000m, batteries and drivetrains are put under lots of strain. But these cars are serious machines, and their technical specifications are a fantastic demonstration of what can be done with electric powertrains. We will definitely see certain aspects of these cars trickling down to electric vehicles used on the school run in the near future.

Each car is driven by a 340bhp motor with around 1180lb/ft of torque. The powertrains come from Peugeot, Audi and Renault, but all the cars are based around the same Andros Sport 01 chassis, weighing 1130kg. To help drivers wrestle these small but powerful beasts around the ice tracks, they are equipped with four-wheel-drive and four-wheel steering but are also equipped with 250 studs in each tyre to maintain maximum traction on the ice.

Since the transition from internal combustion engines to electric motors, racing in the Andros Trophy is much closer than it used to be. This is down to the fact that there are less mechanical parts to tweak. Before, you could win a race with a better engine or more skilled mechanics, but now it is more about the driver's ability. Apart from a few exceptions, you don't get a handful of drivers winning all the races, which creates a more open and exciting racing championship.

The electric drivetrains add a new dimension to the racing, as drivers have had to adapt their driving style. The electric motors have substantial torque figures, which poses the challenge of balancing traction and acceleration. But, the most significant driving challenge is in the corners. In the older non-electric cars, drivers would work their way down the gearbox as they approached a corner. You cannot do this with an electric car; therefore, they have to adapt the way they take tight hairpins. The cars' engine mapping does the same job as the old fashioned clutch to help the drivers with deceleration into icy corners.

The technology used in Andros Trophy electric cars makes driving them a little easier. However, this means that the drivers have to do much more to be the fastest, so you can expect thrilling racing thanks to inventive race-craft from the drivers.

But as the Andros Trophy is a winter-based competition relying on snow and ice, it is susceptible to the ever-changing alpine weather conditions. During a bad winter, ice tracks are reduced to slushy and wet corners, making them even more slippery and challenging to navigate.

These changeable track conditions catch out even the most seasoned drivers. They have to further adapt their driving style while the mechanics attempt to balance the car's setup the best they can and choose the best tyres for the conditions.

The tracks are incredibly tight and twisty, making overtaking challenging. Therefore, drivers have to time their start perfectly to get the upper hand. Even though they are racing on ice, drivers have to calculate their corner entry speed to get just the right amount of drift so they don't lose too much time or crash into the snow banks that line the track.

Every winter, the Andros Trophy attracts drivers of the highest calibre between December and February. You will see that Andros Trophy races are made up of Formula 1 and WRC drivers keeping themselves in practice during the offseason. There are committed world championship teams too, but the entries are limited to only 12 cars split into Elite and Elite Pro classes. This structure allows both pro and amateur drivers to compete. This works by having separate races for each class, but the drivers race in the same cars, creating a more equal competition. The other benefit of this format is that it provides a fantastic opportunity for amateur drivers to work their way towards professional status. This series allows them to demonstrate their race-craft and develop a network around the paddock.

IS THE FUTURE OF CAR RACING ELECTRIC?

There are more classes emerging in various racing series for electric cars, such as in the World Rallycross Championship and the Le Mans 24 hour race in 2024. There are also a few electric-only racing series', such as Formula E, supported by the Jaguar I-Pace eTrophy and the Extreme E off-road series. And with Volkwagen stunning the world with their victory at the Pikes Peak International Hill Climb with their ID.R racer, we can see that electrified racing will be more prominent in motorsport.

There will probably remain a place for internal combustion engines in privateer classes and purist classic car racing, but the main reason racing cars will likely go electric is to maintain manufacturer involvement. Car manufacturers' marketing strategies are all going towards electric cars. Therefore, you can expect more motorsport competitions to feature electric cars, starting with the FIA demanding that the World Rally Championship is to go electric in 2022. This shift towards electric car racing will see manufacturers throwing marketing money at race teams. This will speed up these cars' development and bring them to the public's attention through advertising and sponsorship.

There will always be people who oppose electric cars in motor racing, claiming that there is no excitement without the noise. But, watching an Andros Trophy race proves that electric car racing is full of excitement and drama. The sound of whirring electric motors will become commonplace over roaring internal combustion engines in many cases. However, there will still be something for nostalgic racing fans to enjoy.