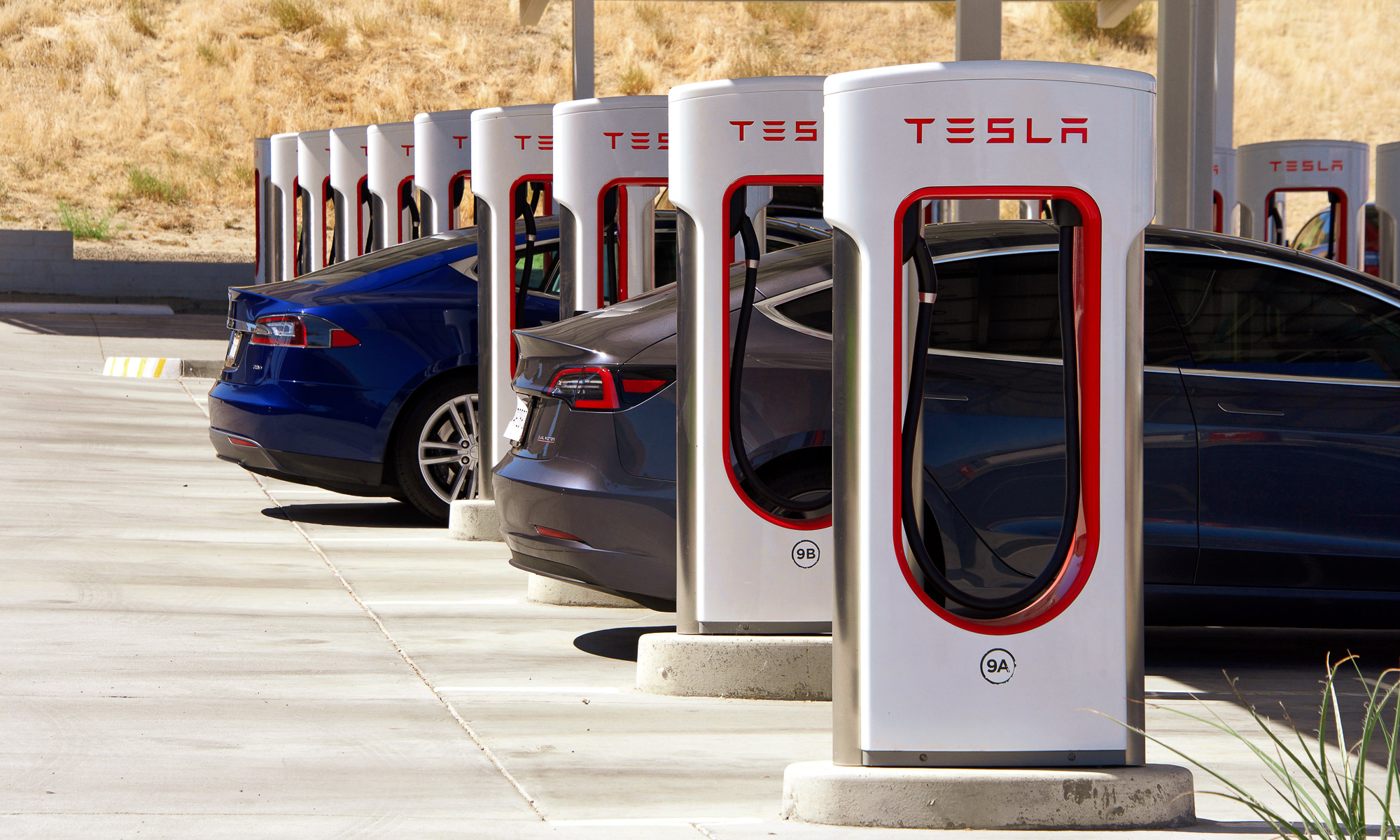 Mobility
→
→
Article
Tesla Opens Up Superchargers in the Netherlands - See what Tesla Owners Have to Say
Share this article
On November 1, 2021 Tesla launched its so-called ‘Non-Tesla Supercharger Pilot’ at ten Supercharger locations in the Netherlands. With this pilot, ten stations are now accessible to Dutch Non-Tesla EV drivers via the Tesla app. Non-Tesla drivers need to download the Tesla app and use its version 4.2.3 or higher. Payment is done via credit card.

Then, only the charging point number (two characters long) needs to be specified when standing at the charging station. Similar to Fastned (where it is one character). For Tesla drivers, this isn't a big change, as they can continue to use these stations as they always have. Tesla announced that they will be closely monitoring each site for congestion and listening to customers about their experiences.

What is the background to opening the Superchargers for Non-Tesla EV drivers?
Access to an extensive, convenient and reliable fast-charging network is critical for large-scale EV adoption. Tesla has realized since opening the first Superchargers in 2012, that the rapid expansion of the network helped sell its electric vehicles. Customers with a Tesla model S, 3, X and Y already have access to more than 25,000 Superchargers globally. This move now supports Tesla’s mission to accelerate the world’s transition to sustainable energy. A move that was approved by the investment community, as the Tesla shares, already on the up in the past weeks, jumped another six percent on the day of this announcement.

What  Tesla Drivers Have to Say
As most of you know, I drive a Tesla Model 3 myself. I am happy to state that I welcome Elon Musk's decision to open up the Tesla Superchargers. A pilot trial with ten superchargers in a heavily frequented Dutch infrastructure is a perfect setting to find out how opening for Non-Tesla drivers could affect the existing infrastructure.

At the end of the day, the opening of Superchargers is a business decision for Tesla to make money by increasing their utilization rates. At the same time Musk has always been customer centric in all his decision making, taking the Tesla Driver’s well-being as top priority. Hence, he will make sure  Tesla drivers still find enough empty charging stations for their own vehicles. The truth lies in charging data and Tesla will look to collect more to finalize their next steps.

On top of that, I am fine with the idea of a professionally equipped charging infrastructure such as the Tesla Superchargers being rolled out in the coming months. That can only be good as my experience with these is far superior to the charging disasters I have experienced with other fast-chargers in Europe.

We asked a few Tesla drivers about their thoughts on the opening of pilot charging stations for Non-Tesla vehicles. Here is what they have to say:

‍Mariska Matadin, Bridgestone, Amsterdam. Two different Tesla EVs in the family.
“I am a Tesla driver also because of the Supercharger Network and its convenience. The route optimization in the car is perfect and super easy for me. The superchargers open to everybody here in the Netherlands means that charging becomes more inclusive here. The higher price represents a service to customers of competitors, so this is fine for me too. By the way: Fastned with its charging stations here in Holland is also charging 0.59 EUR/kWh, so it is comparable to the Tesla pricing. At the end of the day charging will be a question of trust and in my opinion, Tesla’s supercharging solution is already trusted worldwide. Hence the inclusion of Non-Tesla drivers will extend this trust factor to more EV drivers.”

‍Kurt Sigl, President Bundesverband eMobilität, Berlin. Three different Tesla EVs in the family.
“Of course, as a Tesla driver, I welcome this pilot project on the part of Tesla in the Netherlands. This openness shows once again how to act in the future, which is the only way to promote the mobility of the future. This requires a paradigm shift in other companies in all industries and I see it as a first step in this direction!” 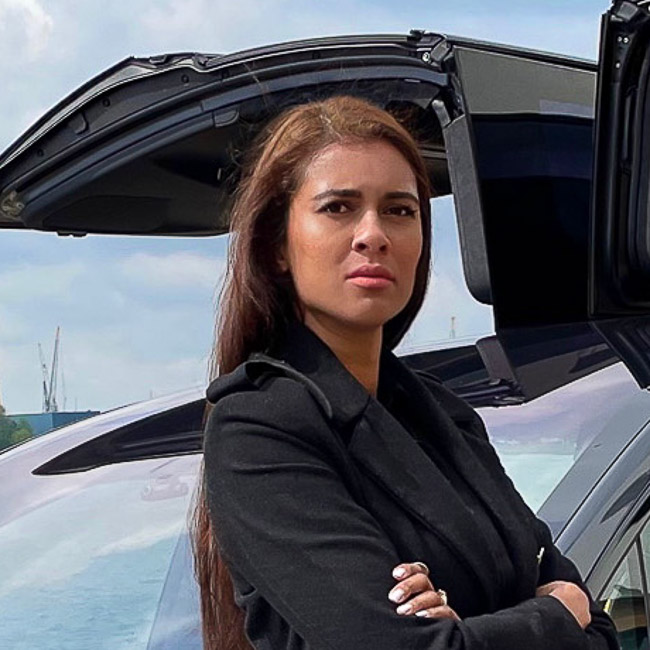 "The superchargers open to everybody here in the Netherlands means that charging becomes more accessible here. The higher price represents a service to customers of competitors, so this is fine for me too."
Mariska Matadin, Amsterdam. Model X Owner

Marc Preusche, Dept Agency, Berlin. Model 3 Owner
“I'm majorly torn: On the one hand I am a bit disappointed because the empty, and hence always available superchargers were a big part of the decision to buy a Tesla. On the other hand, I am a big fan of open source and think that in the long-term, this will be beneficial for everyone.

Why: Except for Tesla and maybe EnBW with mobility+ (in Germany), the user experience at charging stations is just terrible. Some go so far as to say that a charging card will be sent within two weeks, without the possibility to just charge. Others, like Ionity, charge 80+ Cents per kWh, which is bonkers. Many don't work without a card or are broken, it takes ages, the web signup is a pain, and it's simply lots of stress to get some electricity.

With Tesla going into the market for everyone, the standards will be set differently. Many other drivers will expect the same ease of use and price (0.36 Cents per kWh) as the Tesla charging stations. In the short run, this will be difficult for most to achieve, and hence Tesla will be able to build more superchargers, also within city centers, I believe. In the mid-term, there is more competition, more incentive to standardize charging (like a common standard for the authentication through the car itself, no need for a charging card) and hopefully an overall better experience.

The ones that need to do the most, but also have the most to win, are gas stations, especially the ones on the Autobahn. Fast charging, good prices, and making money with coffee, shopping, kids entertainment, etc. It's also great for supermarkets, because you spend 30+ minutes there anyway. I haven't paid much for electricity in the past 10 months because I just go to Lidl and charge there.”

‍Mike Lukanz, Berlin, Germany. Model 3 Owner
“When looking at the opening of the Superchargers, Elon Musk is holding up to his vision of pushing electric mobility. These Superchargers are really so fast, reliable and tactically placed throughout the country, it will help to push sales of electric cars, especially in countries like the Netherlands. On the downside, the supercharger  network has always been THE selling Argument or USP for Tesla. Many, many Tesla owners won’t appreciate the idea of queuing on a Supercharger to wait for a Renault Zoe or the like to charge. On top, for years, the whole industry has been laughing about Elon Musk when he started to build his charging network. And now they are begging to get access to his network. So, I have mixed views on this news.”

Sjoerd Slabbers, Breda, The Netherlands. Model X Owner
"I am completely for opening the network! To accelerate the transition to sustainable energy, the necessary charging infrastructure must be available and competitive. With this move a highly competitive and widespread network becomes available which will force other companies to accelerate (and lower their prices). It will provide Tesla with the resources to grow even faster, which will then again force others to move faster!"