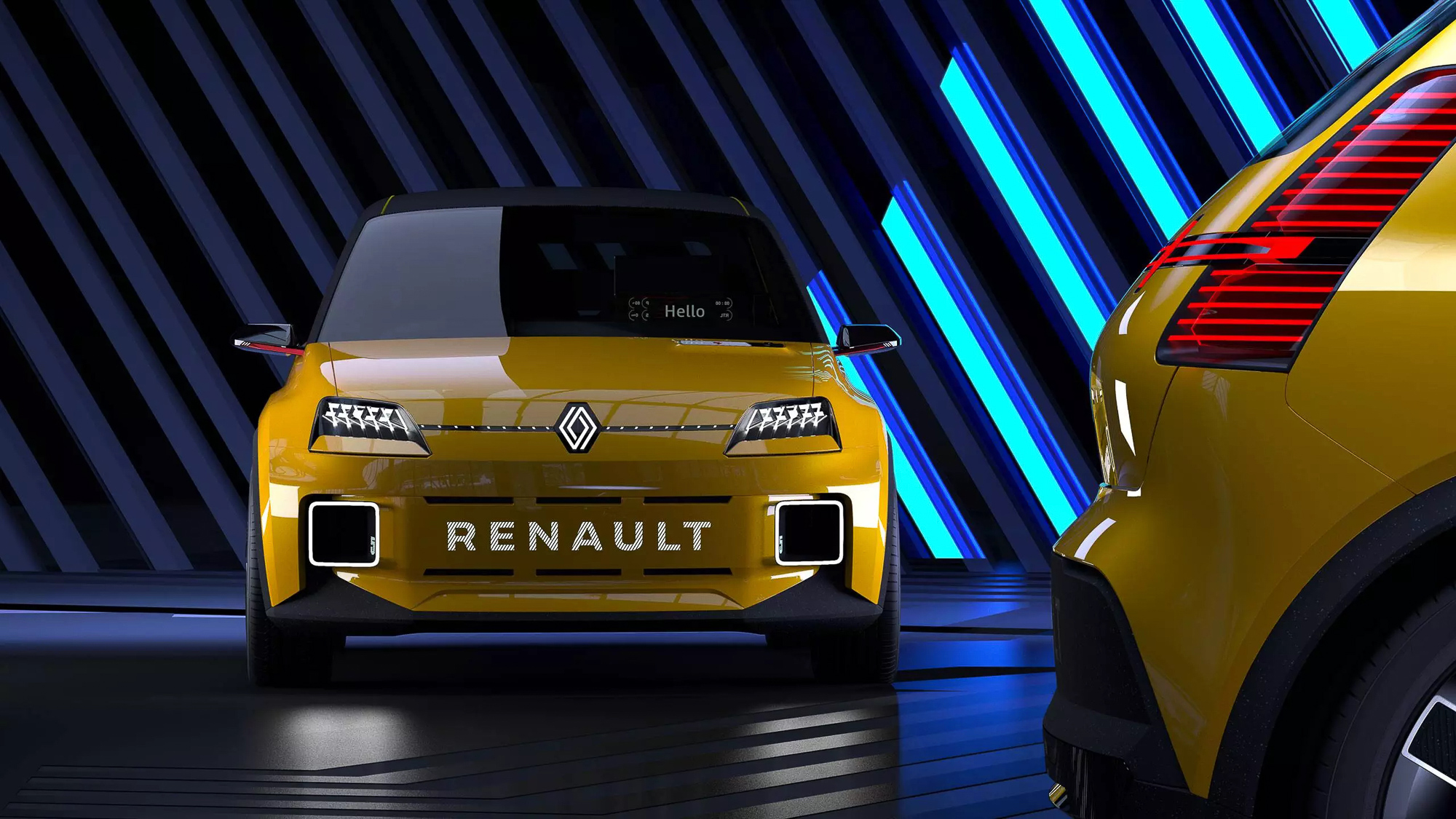 Lifestyle
→
Art & Design
→
Article
Retro Futurism: The R5 E and its Buzzing Technoid Heritage
Share this article
If there is one car that really triggers my imagination at the moment, it's the electric Renault R5 Prototype. Like all of us, I have just seen pictures of it. A yellow box, evoking the famous and popular R5, the French version of the Italian Panda, the German Golf. No Pictures of the Interior yet, but with the French always doing their French thing ,especially with the interiors of their cars, I just can't wait until they’re released.

Yes, it’s a retro-design, and we have seen a lot of those in the past decade, but this one is different. It’s not simply “retro”, it’s “francais- retro-futuristic”, evoking a period of French style that will not leave any Design lover’s eye dry. An Era that had a profound love affair with technology and Space travel. An Olympian age when cars carried the name of goddesses, presidential limousines sported Neptune’s Trident in front grilles and Maserati in their name, when Shapes and Sounds preferably had the attribute “supersonic” attached to it. A time when people in turtleneck jumpers and thick rimmed glasses travelled with the velocity of sound on the Concorde, holding tumblers full of whiskey in their hands and superior looks on their faces. When kinetic artists like Victor Vasarely were asked to create the Logos of huge companies like Citroen. When intellectualism and playfulness were often more a unity than a discrepancy.

The pride of the great French nation was something we Germans were never allowed to develop, whilst its style was something we could never achieve. French technology has always had different attributes ascribed to it compared to their German counterpart: it has been described as cool, experimental, glamorous, playful yet masculine, and somehow aloof. German technology is sober, respectable, unadventurous yet excellent, reliable and worthy, somehow down to earth. Even our sportiest car, the Porsche 911 has all these traits.

Now back to this clean little R5 electric prototype, grandchild of the ingenious people's carrier the R5, grandnephew of the mega-machine the R5 Turbo. Even down to the smallest details like its modernized yet strangely familiar and nostalgic Logo, it plays on the Alphabet of forms and colors brought to us by its ancestor. Many of you probably know that yellow is not actually the national color of French racing cars, that would be the blue hue of the Matra race cars or Alpine prototypes. Yellow is Belgium's race color whilst yellow and black is Cuba's.

But how many of us will recall the famous yellow and black Elf livery of the legendary time of group B rallying and associate it with French cars? I bet most of us do. That’s why this little prototype does well with its alluring yellow paint, black accents, and red stripes, carrying perhaps a promise of a new Renault R5 Turbo? This eighties icon with its square looks and unapologetically wide fenders, borrowing a hint of ferociousness from its world class winning champion the Alpine R5 Turbo, beating the Golf GTI, with a fearsome reputation made us teenagers’ shudder with awe. That’s why the reference to the stripy nostalgic Logo, recalling Op Art and futuristic typography of the Renault Lettering looks like the Buzzing of power cables. I don't quite know how they did it, but all the Detailing on the car seem to be supercharged. Wired- and suddenly I have the technoid sounds of Jean- Michel Jarre in my ears.

If all these Connotations appear like lightening in my mind, simply by looking at flat pictures of a little city car, I wonder what will happen if I encounter the real thing, with its hopefully unreal acceleration. Looking at the French cars of recent years, especially those created under Gilles Vidal, formerly responsible for the beautiful designs of Peugeot and who’s signature is on the R5 prototype, I believe we will have a lot of fun with whatever will come out of the French design studios in the future. Let's hope we will see them on the road too.