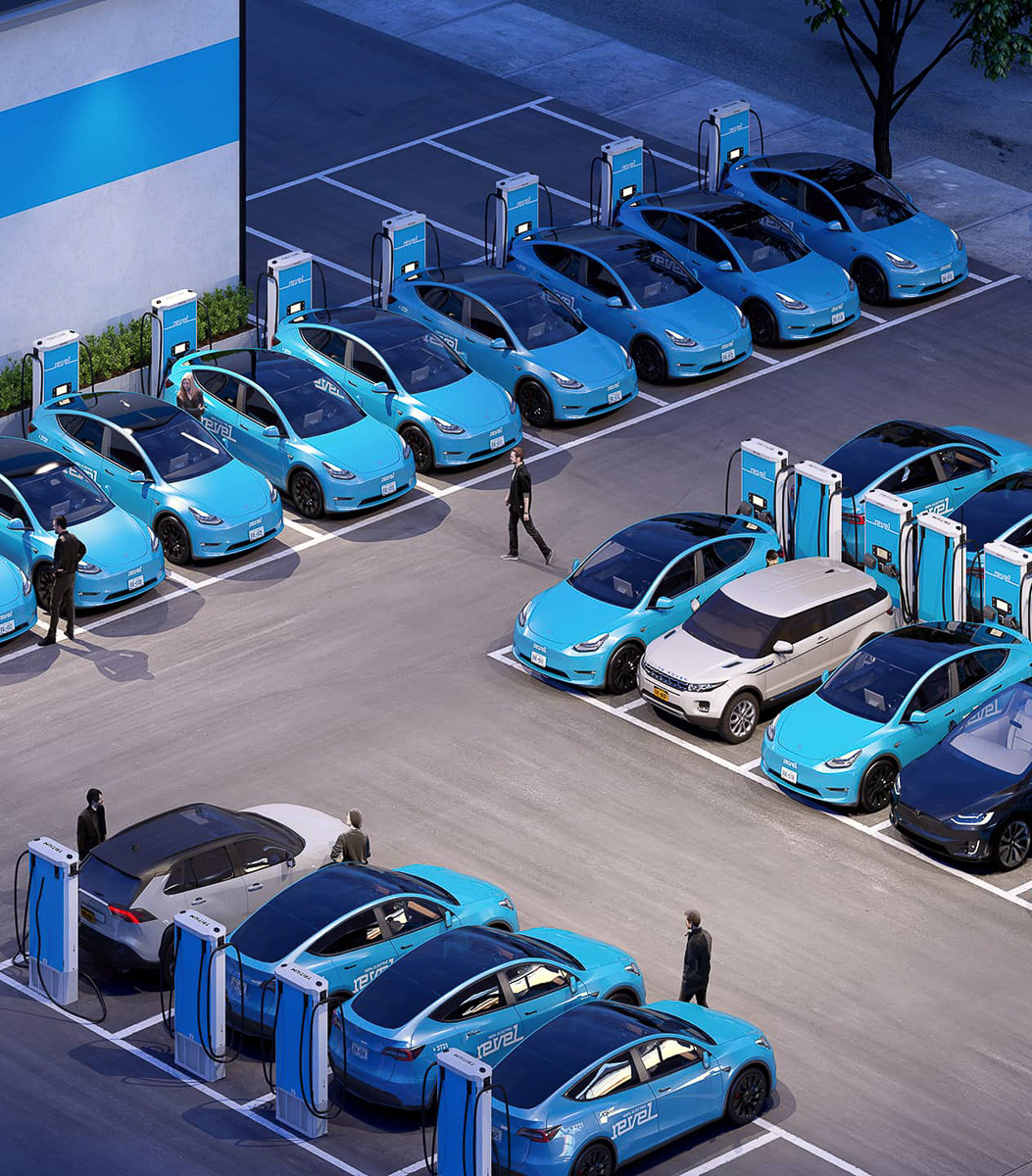 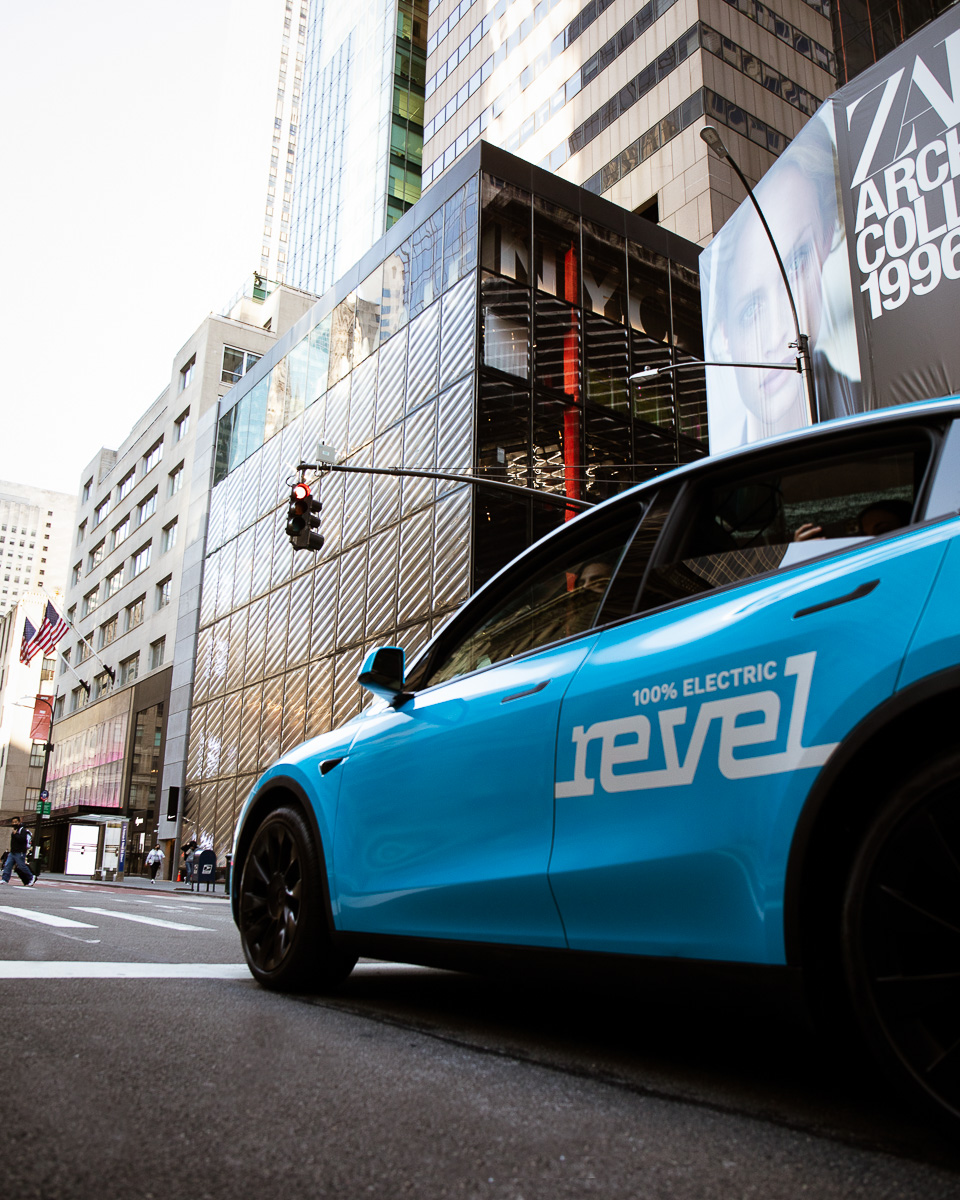 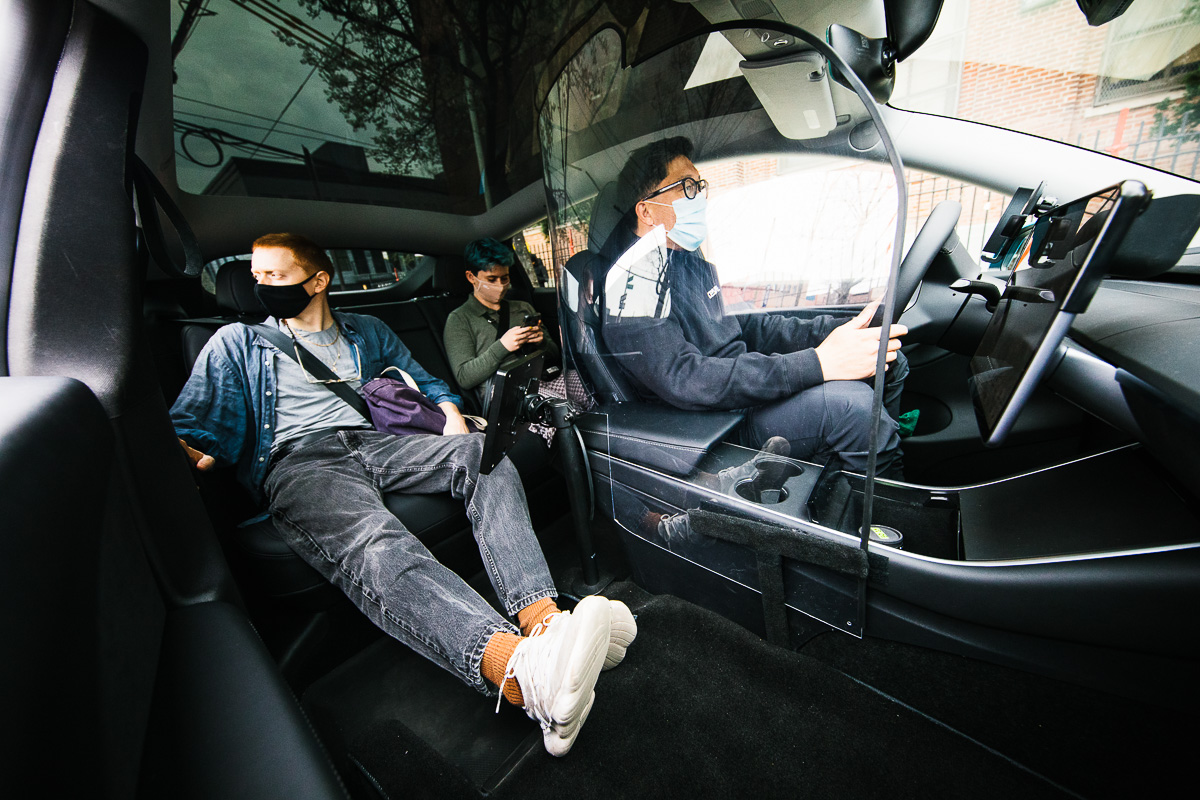 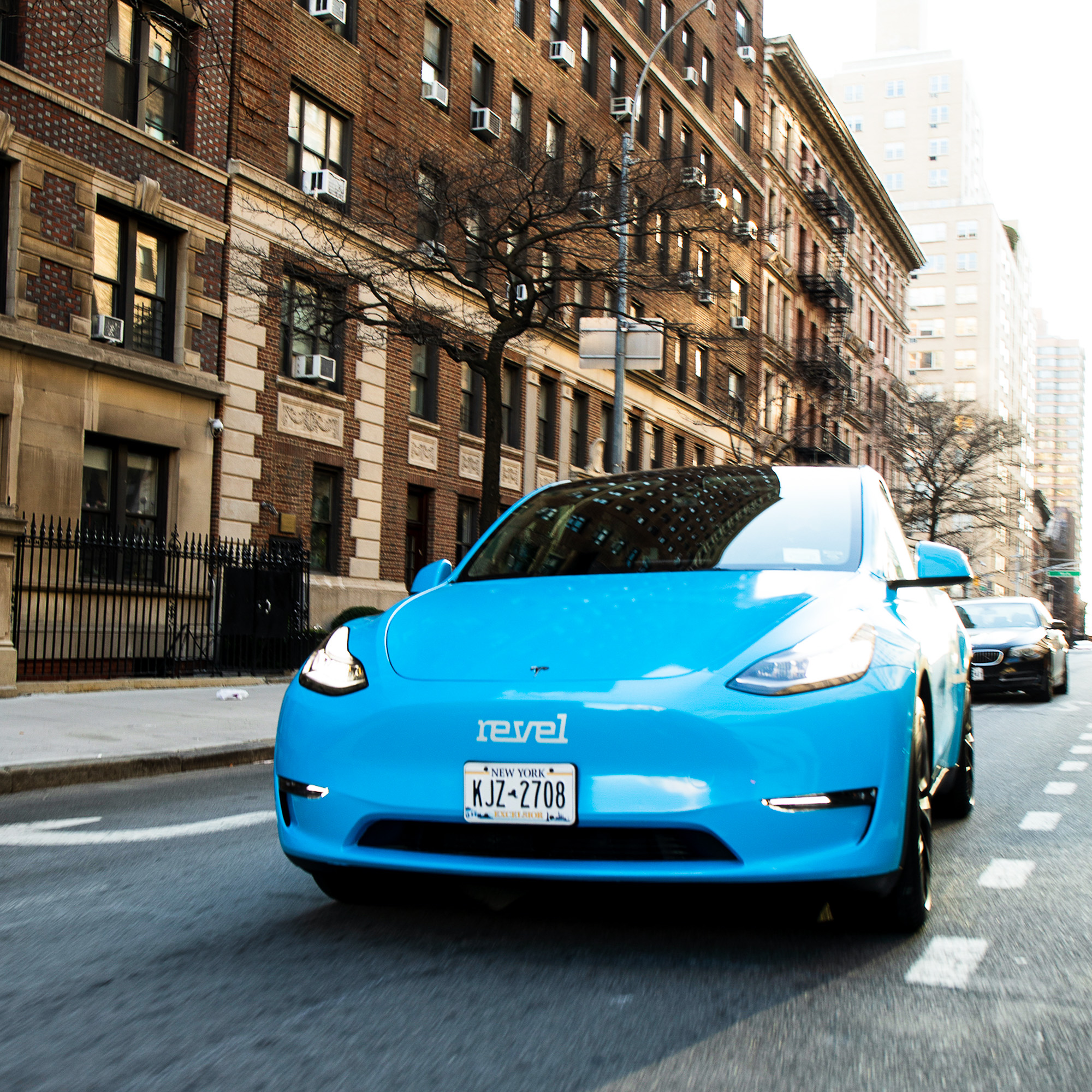 Urban
→
Movers
→
Smart Mobility
Micromobility Sharing Startup Revel Goes Tesla in NYC
Share this article
Revel is a Brooklyn-based sharing company that is electrifying US cities with its electric vehicle fleets. Revel started with electric mopeds allowing users to rent e-mopeds via the Revel app. In the meantime, their offering has been expanded to other vehicle classes to include monthly eBike subscriptions and now, electric cars and fast-charging stations to increase their offerings. The highlight here is that all their brands of electric vehicles can charge at these brand-new fast chargers. Founded in 2018, the company now operates in four New York City boroughs, Washington, D.C., Miami, Florida, and the California Bay Area cities of Oakland, Berkeley and San Francisco.

THE NEWS IN REVEL'S SHARING OFFERING
The company has positioned 50 bright blue Tesla Model Y vehicles with the Revel logo on the side for the launch in New York City. The electric Tesla Model Ys are slightly modified, with the passenger seat removed for more legroom. In accordance with COVID-19 guidelines, a plastic partition separates the driver from passengers, and the vehicles will be cleaned and sanitized daily. What's interesting about the fleet compared to ridesharing competitors Uber and Lyft is that it's owned by mobility provider Revel. The two major U.S. auto ride-sharing company follow an asset-light business model, in which drivers or fleet managers own the vehicles.

The Revel website provided more insights to their approach:

* Our rideshare fleet is all-electric and fully equipped with Tesla vehicles.

* Our trained and vetted drivers are employees.

* We offer some exciting and perhaps unexpected features in the vehicles: extra legroom by removing the passenger seat, passenger controls, charging outlets, and a separation guard from the driver that is mandatory for carriers in COVID times.

The company says it will initially offer its service exclusively in Manhattan, with pickup and drop-off below 42nd Street. Expansion into other boroughs and districts will be addressed based on demand. In the U.S., ridership has dropped 80 to 90 percent since March 2020. Revel's launch timing in NYC couldn't be worse for many cab drivers. It's no wonder that the Taxi and Limousine Commission (TLC) criticized the “assault” and in the region south of 42nd Revel will be facing fierce protests, since the startup is competing here in the stronghold of the famous Yellow Cabs.

"Revel is building the infrastructure of the future and we're building it now - our planet can't wait.”
Frank Reig, Revel CEO and Co-Founder

"Revel is building the infrastructure of the future and we're building it now - our planet can't wait,” said Frank Reig, Revel CEO and Co-Founder. “We couldn’t be more excited to bring fast charging to our home borough of Brooklyn and get to work on the first of many Superhubs to come in 2021.”

The former Pfizer building, which once housed the company’s drug manufacturing operations and was its first headquarters, is a natural fit for Revel’s first chargers. In recent years, the site has been transformed by its owners at Acumen Capital Partners into an ecosystem of small businesses and startups building the economy of tomorrow.

Revel chose Tritium’s recently launched RTM75 model for the first ten chargers at its Brooklyn site, which will go live this spring. These chargers can provide EV drivers with 100 additional miles in about 20 minutes. Revel plans to install upcoming Tritium fast charger models at the Superhub in the coming months, further increasing charging capacity and speed.

Revel, by the way, is not the first startup from the micromobility segment to add cars to its fleet. Lime, the E-scooter and bike sharing service that is also a serious contender in European cities, launched electric car sharing with its LimePod product in Seattle a few years back but discontinued it a few months later. The investment into 50 Tesla Model Y electric vehicles by Revel is a new dimension in the ongoing fight for electrification in US-cities. Revel has certainly chosen a dramatic venue in Manhattan and with the choice of the Model Y will make news wherever they launch next. Game on – electric car sharing is definitely on the up in the United States.