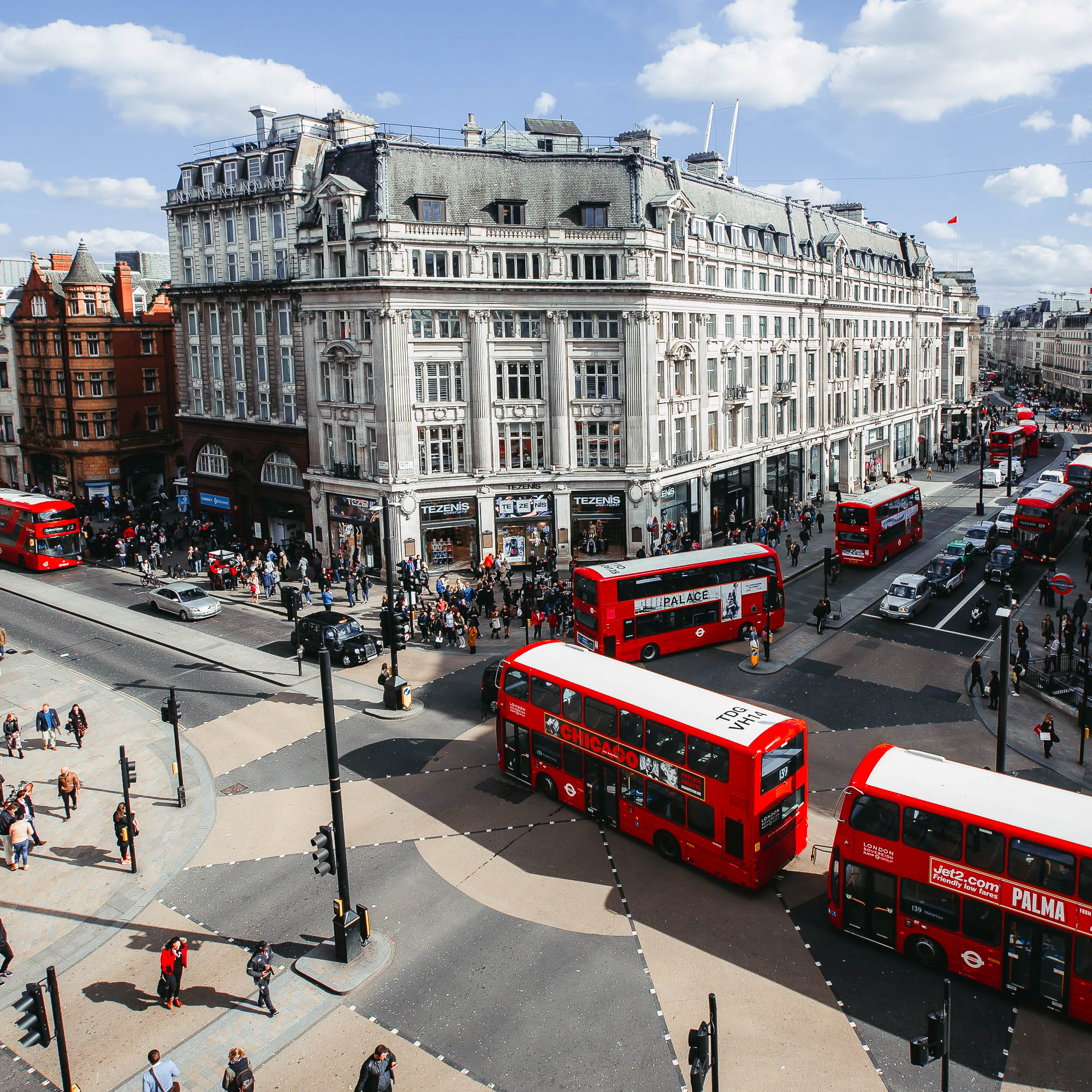 Urban
→
Smart Cities
→
Article
London's Urban Mobility Beyond the Pandemic
Share this article
The global pandemic has already started to affect how we travel around our cities. But as the world begins to emerge from varying degrees of confinement and lockdown, city planners have a major task ahead of them. They need to help people maintain their social distancing while encouraging the mobility that keeps our cities alive and our economies thriving.

TRAVELLING AROUND LONDON AFTER THE PANDEMIC
A quick flick through the history books will reveal that pandemics have always impacted our societies. In the past, city planners have had to make infrastructure improvements as a result of pandemics. For example, London’s Victoria embankment was built in 1870 to update the sewerage system. The improvements prevented future cholera outbreaks in the city.

However, the most recent pandemic has caused cities to focus on ways of maintaining social distancing. Anyone who has been on the tube during rush hour will know that trying to keep two meters apart is impractical. But encouraging people to drive around London will add to the already high air pollution levels. With other initiatives, such as the congestion charge, putting people in cars is counter intuitive.

THE ALTERNATIVES
Transport For London (TFL) is the authority for all of the city’s transport solutions. They have realised that they need to make the streets safer for pedestrians and cyclists. Their solution is to widen the pavements, build protected bike lanes and create low traffic neighbourhoods.

The idea is to encourage people out of their cars and travel under their own steam while reducing their contact with others.

By the end of 2020, TFL had already built 100 miles of cycle lanes and developed plans to expand the network further.

Since the measures have been implemented, people are digging out their old rides from the shed and taking them to be fixed up at bike shops, which are also quickly selling out of new bikes.

With people not wanting to use public transport, they are not just converting to bikes and e-bikes. Commuters are also adopting micro-mobility vehicles, such as electric scooters and electric skateboards. But, many governments are either banning or restricting their use, mainly due to their experiences with shared electric scooter schemes.

TFL recognises that micro-mobility vehicles are a viable way for people to get around London. But they also know that shared electric scooter schemes come with their own issues and challenges. In 2017, there were 8 reported deaths and 1,500 injuries from shared scooters in San Fransico alone.

Therefore, TFL wants to regulate their use, to avoid an explosion of shared electric scooter companies dangerously filling the roads and pavements with scooters. They would do this by capping the numbers of scooters to ensure the safety of Londoners and the city’s visitors. Additionally, they could do what Atlanta has done and ban their use at nighttime.

IS IT WORKING YET?
In the spring of 2020, the weather in the UK was particularly lovely, but Londoners were getting bored. The transport restrictions meant it was difficult to get out and about. So bike manufacturers experienced an unprecedented boom in sales.

Historically, London has relied on public transport more than any other city in the UK. It has an excellent public transport infrastructure, but it does not lend itself to social distancing.

In the past, riding around London was seen as a dangerous way to commute. Therefore, to get people on bikes, people need to feel safer and more comfortable. The increase in separated cycle lanes is having a positive impact on the number of bikes on London’s streets.

The Evening Standard reported that on the week commencing 6th June 2020, there were about 7,000 new riders on the shared Lime e-bikes. Before the city was locked down, the figure was just 2,000 new riders per week. With the non-existent tourism in the city, these figures suggest that Londoners are using the bikes for full trips or commutes.

CAN MANUFACTURERS KEEP UP WITH DEMAND?
More than half of the world's population lives in cities, which will only increase. Therefore, urban mobility needs to evolve and adapt to resolve pollution and social distancing concerns.

The task of socially distanced commuting isn't just down to city planners. Business leaders and entrepreneurs need to step up to make the necessary changes, using the technology available to them.

As the world started to get transport restrictions, electric bike sales rocketed, causing manufacturers to struggle to keep up with demand. Not only did their workforces reduce, but the whole supply chain was interrupted.

Electric bikes are made up of lots of different parts that are manufactured all over the world. To build an electric bike, manufacturers are dependant on many suppliers. A bike's production can be halted even if a single screw is not delivered.

Components produced in a country that isn't doing too well are susceptible to not being delivered on time. Even if they make it out of the factory, it could spend months on a container ship.

An example of a disrupted supply chain is Tektro brakes. At the time of writing, it takes at least a year for a bike manufacturer to receive a set of Tektro brakes for their bikes. Usually, the delivery time would be one month. When you think of all the bike manufacturers that use Tektro brakes, you can see that a shortage of any kind of bike is inevitable.

However, more prominent brands with more buying power managed to spend more money on parts to help them anticipate the continued popularity of electric bikes. However, they haven't been able to maintain their production levels.

Bike component and frame manufacturers are facing a dilemma. They could expand their production facilities, but it will take years to build factories and ramp up to a level where they can meet demand. Even though the boom shows no sign of slowing down, there is still an element of uncertainty of how long it will last, making expansion quite a risky prospect.

Bike shops are doing what they can to meet their customers' demands by buying anything available.

Once the supply issue has been solved, electric bikes and micro-mobility vehicles are set to be a big part of our future. Their use is evolving from being more than a fun way of exercising and becoming more essential in people's lives. These personal modes of transport will be the way that our cities and towns get moving again. But the knock-on effect will be that people will become healthier and pollution will reduce.