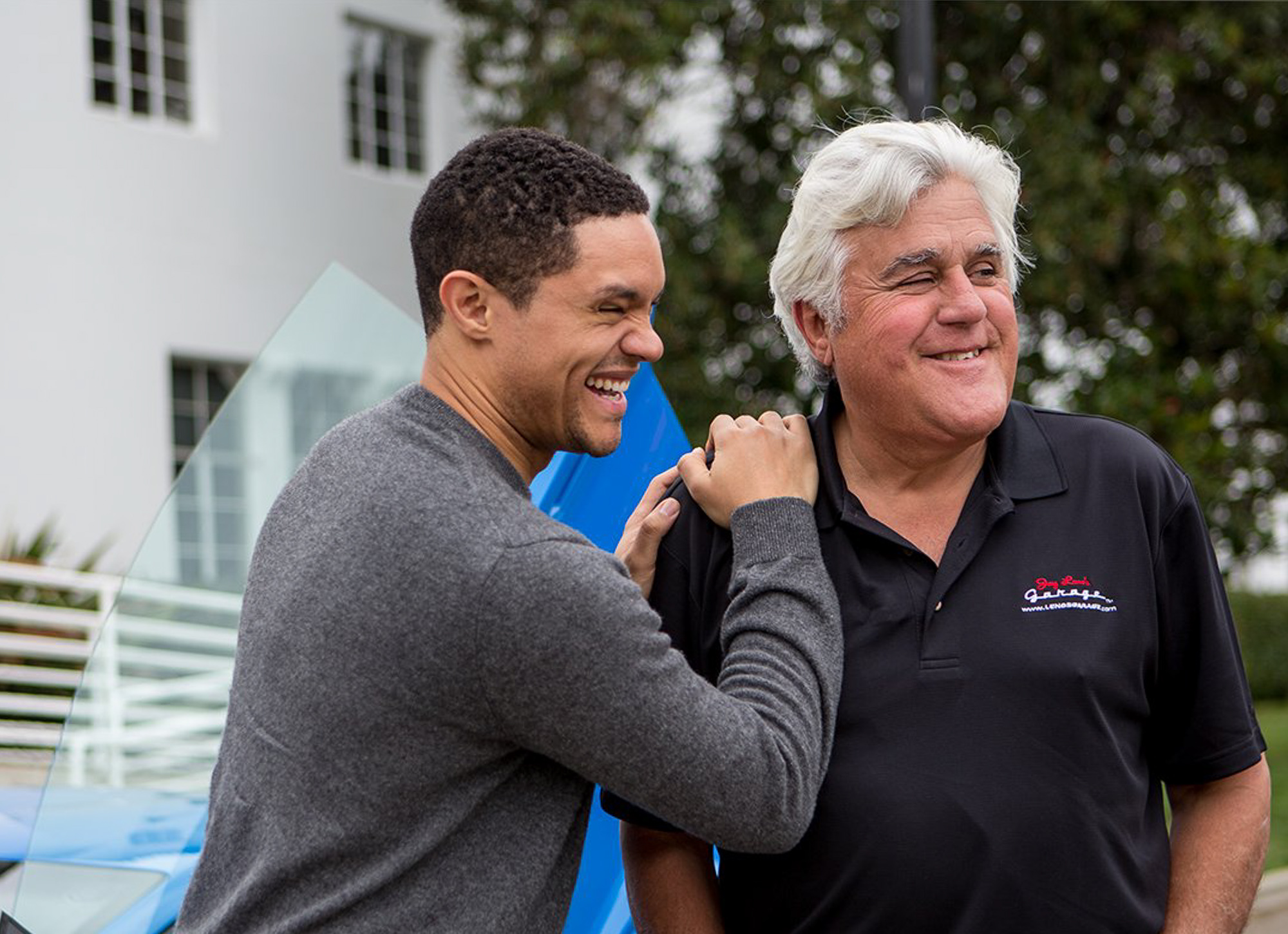 Jay Leno & Trevor Noah on an Episode of Leno's Garage © Twitter | @lenosgarage
People
→
Movers
→
Article
Jay Leno Predicts Electric Vehicle Break Through
Share this article
US talk show host Jay Leno is a true car enthusiast in real life. Over the past decades, he has built up a collection of more than 200 cars and motorbikes. Among them are wonderful rarities such as a Shelby Cobra 427 SC, a Bentley Twin Turbo from 1924 or a Bugatti Type 37A from 1928.

Leno is considered a big fan of English sports cars, especially lightweight rarities such as the Lotus Elan or the Aston Martin DBS. If you add up the value of all his automobile treasures, there are vehicles worth more than 50 million US dollars in his museum to be found. The name of the place: Leno's Garage - here the US celebrities come to share their views on old and new vehicles alike.

However, when one asks him about the future of the automobile, his answer is without hesitation: “Electric“. This sounds surprising at first, but Leno himself has been driving a Tesla Model S for several years. Jay Leno even goes so far as to speculate that in less than 20 years there will be no more cars with combustion engines on our roads.

The most important element of this future development: battery technology. Leno counts among his collection a Baker Electric from 1909, which even then had an astonishing range of about 120 kilometres. If the range of his current Tesla Model S is effectively about 500 kilometres, Leno sees a range of over 1,000 kilometres not so far away. Much like the rest of the EV crowd, he is banking on the industry to have a breakthrough in battery technology to really cement its future.