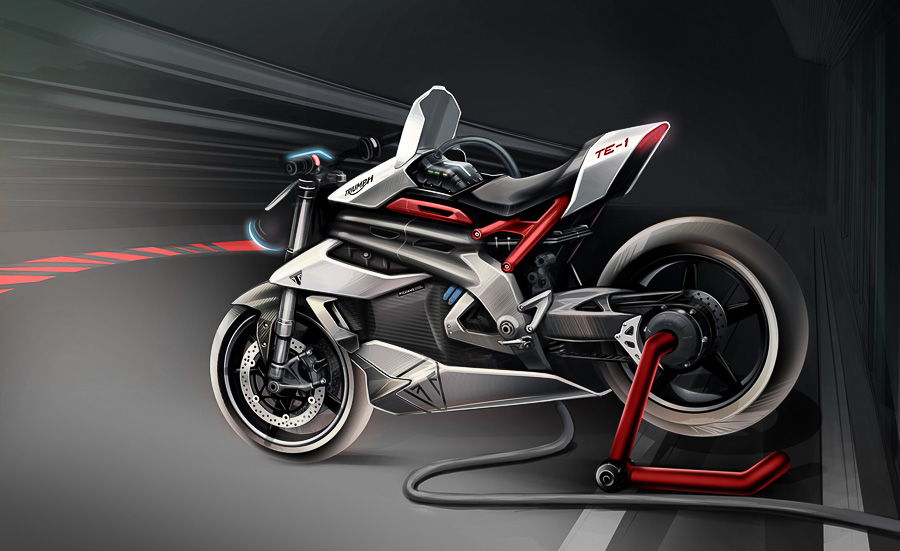 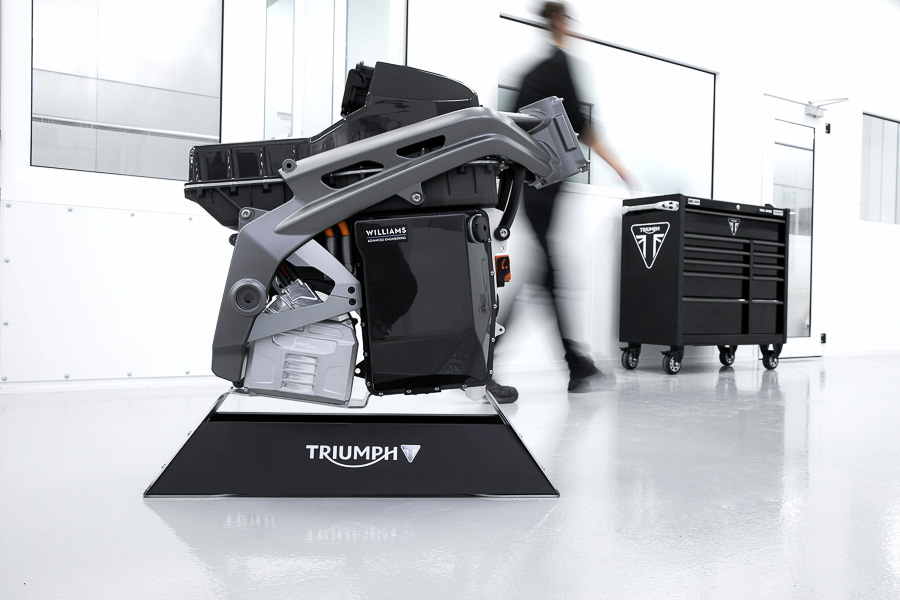 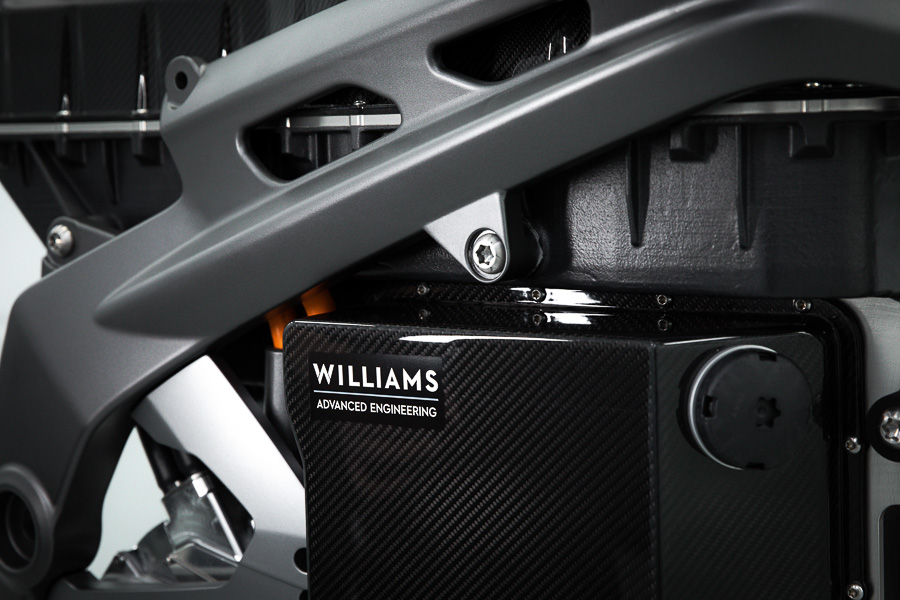 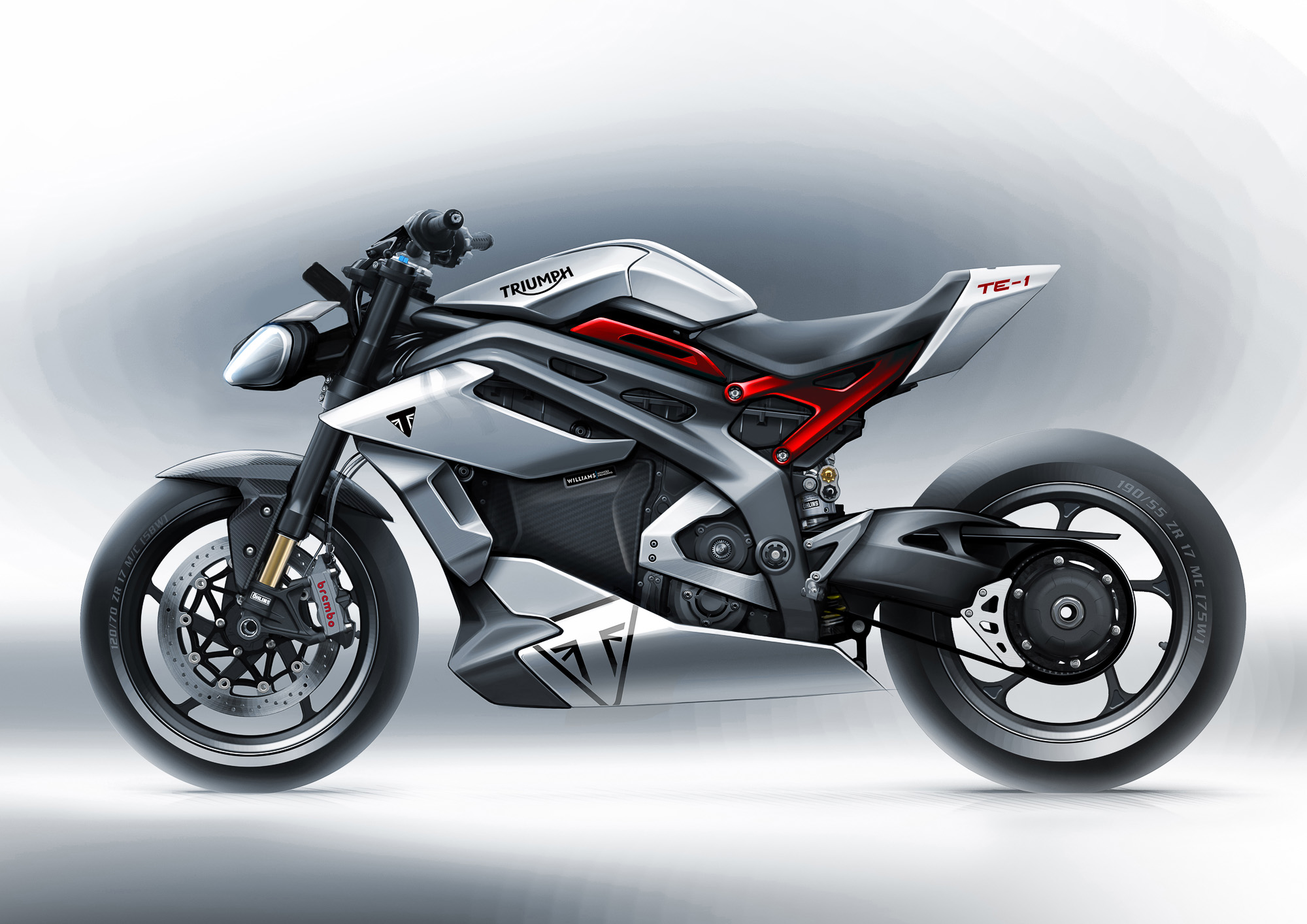 Mobility
→
Vehicles
→
Article
Investing In The Future: Triumph Goes Electric
Share this article
Triumph has a whole range of motorbikes in its range, from the Tiger and Trophy adventure bikes to the timeless icon of motorcycling, the Bonneville and the ever-popular Street Twin. This British motorcycle company has had a rocky past; it went out of business in the early 1980s, but was resurrected in the 1990s with cutting edge sports bikes and nostalgia-themed throwbacks. Triumph has continued with this theme by recently revealing that they have designed an all-electric motorbike.

The thought of owning an electric motorbike will have some Triumph purists frothing at the mouth while complaining about it over a pint of real ale. They will have issues with the current range capabilities and lack of infrastructure. But is this really much of a problem for most recreational motorbike riders?

More forward-thinking riders love the thought of being able to charge their bikes at home. They also like that electric motorbikes require very little maintenance and are excited by the incredible amount of power under them.

The electric motorbike in question is the Triumph TE-1. The TE-1 is still in development and will be in prototype form very soon. Still, Triumph is taking its development seriously, which becomes apparent when you see who they have brought on board to help them out.

The TE-1’s motor has been developed by Integral Powertrain, which was founded by ex-Cosworth engineers. They have managed to get a peak power of 180bhp from an electric motor weighing just 10kg. Its continuous power is a not too shabby 107bhp.

To power this motor, Triumph has employed the services of Williams Advanced Engineering (of Formula 1 fame) to create an entirely new battery. The battery promises to be more powerful and lighter than any battery we have seen so far. It is a 360V battery, capable of 228bhp, which will charge to 80% in under twenty minutes. The range of the TE-1 has not been released yet, but we can expect about 200km between charges.

Combining names from Cosworth, Formula 1 and a company renowned for building excellent motorbikes, promises to produce an impressive end product.

WAE has pushed the boundaries for developing the best battery system for a motorbike so far. To do this, they have brought Warwick Manufacturing Group to help them out. This is the University of Warwick’s applied science, technology and engineering facility. They have simulated aggressive riding on a track in order to balance cell design for acceleration and range. In addition to this, the battery pack has been positioned perfectly within the TE-1’s frame to optimise handling.

MAKE NO MISTAKE. THIS IS A TRIUMPH.

Triumph have resisted the temptation to make the TE-1 look like something from a science fiction film; instead, they have designed it to be instantly recognisable as a Triumph. It takes design cues from the Triumph Speed Triple naked street bike, with similar frame lines, the single-sided swingarm and performance naked bike aesthetics. This design language creates an aggressive and modern looking motorbike without being over the top and drawing attention to it being electric. If these style points make it through to the physical prototype, the TE-1 promises to be an extremely good looking electric motorbike.

Triumph has been able to design a great looking bike largely thanks to the revolutionary battery pack. Most electric bikes have a big, unattractive battery box that contributes to ungainly lines. But The tight and shapely design of the WAE battery pack has allowed Triumph to seamlessly integrate it into the frame and disguise it with carbon covers. There is no doubt that it is an electric motorbike, but the package looks just right and attractive.

INVESTING IN THE FUTURE

The TE-1 project is funded mainly by the British government through Innovate UK and the Office for Zero-Emission Vehicles. The idea is to increase Britain’s expertise in the electric vehicle market. If the TE-1’s powertrain and the battery deliver on their promises, Triumph will have an exciting future. But, looking at the bigger picture, Britain has a good chance of getting its foot in the door of the electric motorcycle market early on.

Triumph is using the TE-1 as a platform for developing their future electric motorbikes. So with their public funding, they are not only going to have a fantastic product, but they have an enviable head start over anyone else.

The pandemic has inevitably slowed down the development of the TE-1, but we can expect a ridable prototype on the road later this year.