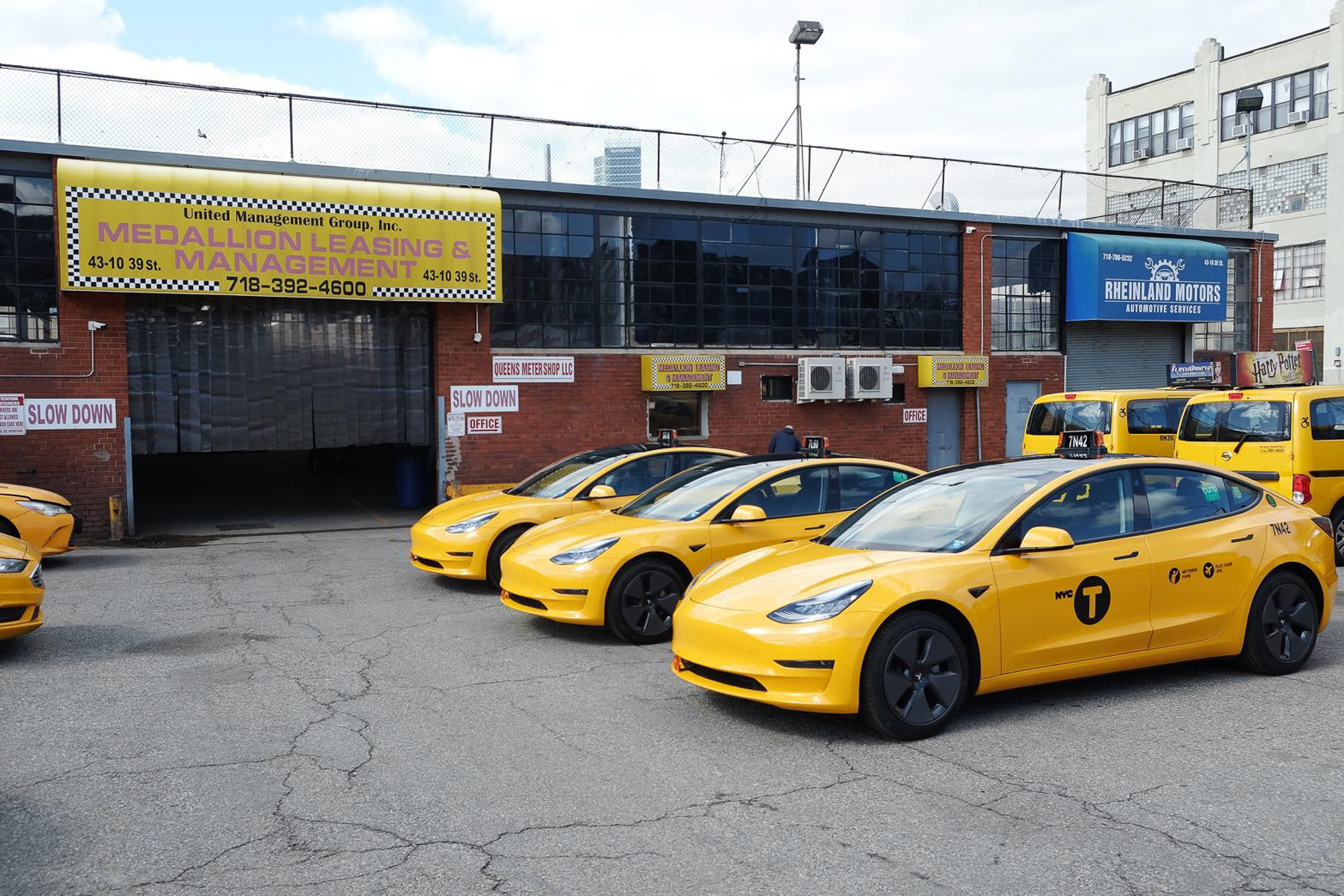 Urban
→
Sustainability
→
Article
Improving Your City’s Air Quality: Electric Taxis
Share this article
Governments all over the world have recognised that they will be able to reach their targets for creating a more sustainable future much quicker with electric vehicles. In this post, we will look at how various cities around the world are rolling out electric taxi fleets and the challenges they face.

In 2009, San Francisco’s Taxicab Commission was determined to create the most eco-friendly taxi fleet in America. They started with creating a fleet of hybrid taxis.

More Taxi drivers were coaxed out of their gas-guzzling Crown Victoria cabs and into new hybrid Ford Escapes as they became aware of their benefits. However, this was still difficult for some taxi drivers. They were used to the tried and tested heavy-duty transmission, suspension and brakes of their police-taxi package.

However, the volatile fuel prices and the recession meant that hybrids were much more cost-effective. As with all taxis in America, those original Ford Escape hybrid taxis were taken off the road at their official retirement age with 300,000 miles on their clocks. But, during their time, they saved their drivers around $9,000 per year. They could go further on a tank of fuel than the old Crown Vics, and the subsidies available to drivers offset the cost of their new taxi.

But now there is a new initiative, as San Fransisco’s taxis have gone electric. A number of government departments have gotten together with Better Place to create an electric taxi program between San Fransisco and San Jose.

The electric taxis are modified Nissan Dualis, which have 17-kilowatt-hour lithium-ion battery packs with about 56 miles of range. Better Place says that the taxis can be fitted with a fully charged battery in one minute while the passengers are still in the car.

Electric taxis will considerably reduce carbon emissions. As cities move towards electric taxi fleets, they will be able to reduce the amount of CO2 released into the atmosphere by millions of tonnes.

NOT JUST IN CALIFORNIA

The introduction of electric taxis is also happening on the opposite side of the U.S. too. New York’s United Taxi Management is a company operating a fleet of yellow cabs. They have some Teslas in their fleet and plan to add more in the future. There are a few taxi companies North of the border in Canada who are also using electric taxis.

But to make a truly significant difference to the world’s CO2 problem, Asian countries need to be on board with making a change. A great example of this is the Chinese city of Taiyuan. The city has recognised that EVs are the best way to keep people mobile while reducing carbon emissions.

Taiyuan replaced all of its 8,292 taxis with electric vehicles in eight months to cut street-level air pollution. This was the world’s largest electric vehicle rollout, and they did it faster than any city has managed so far. The use of electric taxis was made possible thanks to its infrastructure of over 2,000 units of 40-kW high-power chargers. There are also plans to install 18 towers capable of providing power to 7,200 taxis simultaneously. It is predicted that during eight years of an electric taxi’s service, 1.78 million tons of CO2 emissions will be saved. This will improve the city’s air quality and reduce the occurrence of respiratory diseases dramatically.

THE CHALLENGES WITH CREATING A FLEET OF ELECTRIC TAXIS

The researchers looked into various business models that included different elements involved with creating a successful electric taxi fleet. They took into account the cost, how long it takes to recharge taxis and how to keep them on the roads for as long as possible.

If a taxi is not in service, it isn’t earning money, so taxi companies miss out while their vehicles are charging. Therefore, MIT looked at business models that charged taxi fleets in different ways. One way was with standard 7kW chargers, another using fast chargers and one using a combination of fast chargers and battery swapping facilities

The results determined that the model using fast chargers and the model that combines them with battery swapping were best for keeping the taxis on the road for longer. This gave the best economic return and could be competitive with petrol-fuelled equivalents by 2022. These two models mean electric taxis can do multiple shifts in one day, as their batteries are topped up much more quickly. This means those taxi companies won’t need to buy as many taxis to maintain their required level of service.

THE FUTURE OF TAXIS IS ELECTRIC

All-electric taxis are becoming more attractive for taxi companies. They provide the potential to deliver substantial savings due to their reduced cost per mile. But, more importantly, the more electric cars we have on the roads, the better our air quality will be in inner cities.