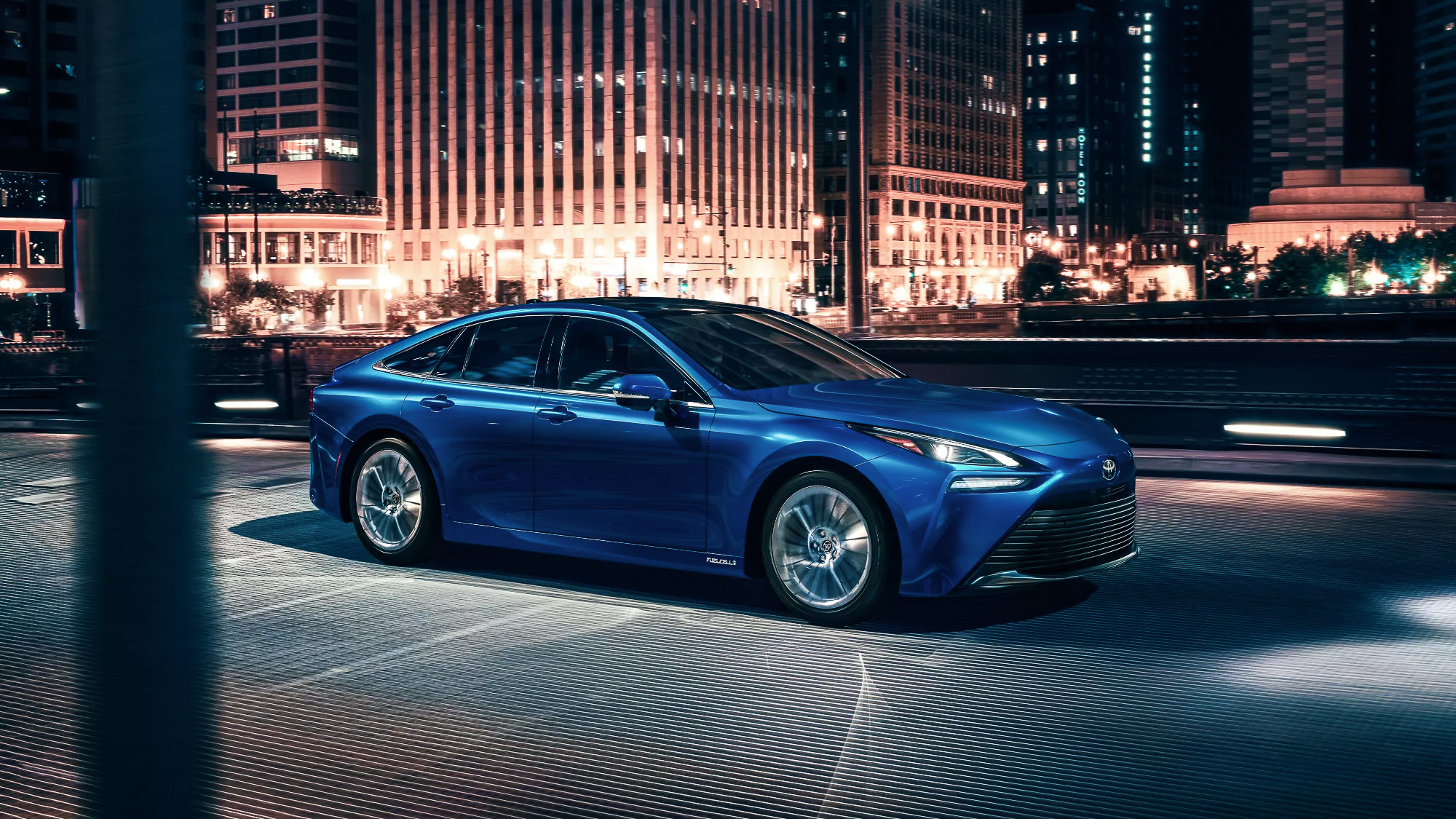 Mobility
→
Innovation
→
Article
Hydrogen - Savior of Our Energy Transition?
Share this article
I have been asked by German Innovation Magazine ‘Rocketeer’ to comment about the use cases of hydrogen as part of our necessary energy transition. Here is a quick summary of my comments and a short introduction into the topic. Green hydrogen is being hyped as one of the potential saviors of the energy transition. It is supposed to replace fossil energies and thus save hundreds of thousands of tons of the climate killer C02. In the future, at least in theory, hydrogen could power our cars and trucks, help planes fly fossil free, generate electricity and heat our homes. However there are doubts to what extent we could really integrate hydrogen in our daily mobility habits.

How is this savior Hydrogen created?
‍Hydrogen is produced by splitting water into hydrogen and oxygen with the help of electricity. In the so-called electrolysis process, oxygen is released as a by-product. Thus, the splitting process is environmentally friendly. But there is a catch: The electricity used for this is currently generated almost 90 percent by fossil fuels such as natural gas. This releases large amounts of C02 - so the production of hydrogen is in fact not environmentally friendly. The solution: use renewable energies to generate the electricity. Because then the hydrogen will actually be green. However there is a problem with that:

We Simply Don’t Have Enough Green Hydrogen for all Use-Cases
Scientists believe that hydrogen should be reserved for the time being for applications where direct electrification with green electricity is not possible - for example, in industry, long-distance flights and shipping. The reason for the recommendation is the realization that green hydrogen will not be available in sufficient quantities for many years to come.

One major obstacle in most parts of Europe lies with the production facilities for hydrogen. Although significantly more production plants are planned, no final investment decision has yet been made for 80 percent of the projects announced for 2023 in Germany alone.

The Efficiency of Hydrogen Cars
But would green hydrogen be the solution to the CO2 problem in private transport? What many people don't know: Hydrogen cars are also electric vehicles. The difference to fully electric vehicles is that a fuel cell with a hydrogen tank is installed. While driving, this produces electricity for propulsion.

The big disadvantage of the hydrogen drive is that it has an extremely poor efficiency, compared to the pure electric drive. With an efficiency of 22 percent - in an electric car it's more than 70 percent - you need a lot of hydrogen to run a car. Producing that much green hydrogen is currently impossible.

The next big disadvantage, besides efficiency, is refueling the cars. You would need countless hydrogen filling stations spread all over Europe. That's not feasible, especially since so much has already been invested in charging infrastructure for pure EVs.

The Solution: Focus on Heavy Vehicles
It's a different story for hydrogen-fueled trucks, which also include airplanes, trains and buses. In general, the larger the vehicle in a fleet network, the more likely green hydrogen is suitable. Because unlike cars, you would "only" have to set up central depots for refueling. Here the big advantage of hydrogen, with its potential of being stored, makes it particularly interesting.

Many manufacturers are testing electric trucks with hydrogen fuel cells. They see two advantages over battery-electric mobility, particularly for their heavy commercial vehicles: First, the fuel cell trucks can travel about 800 kilometers on one tank of hydrogen. In addition, an empty tank is full again within a few minutes. Because unlike cars, you would "only" have to build central depots for refueling of trucks or buses.

The fact is: Green hydrogen is a solution, but not yet now as it is not yet possible to produce enough green hydrogen in Europe. Some countries, such as Norway and Canada, can already produce far more green hydrogen through hydropower than needed in their own country. In Norway, hydrogen is already being used in ferries and soon on domestic flights. The key problem, in my view, is answering the question of how we get enough green hydrogen to where it can be used in the respective vehicles. But forget our private cars, they should be battery powered for the reasons I highlighted above.

The Year of the E-Moped