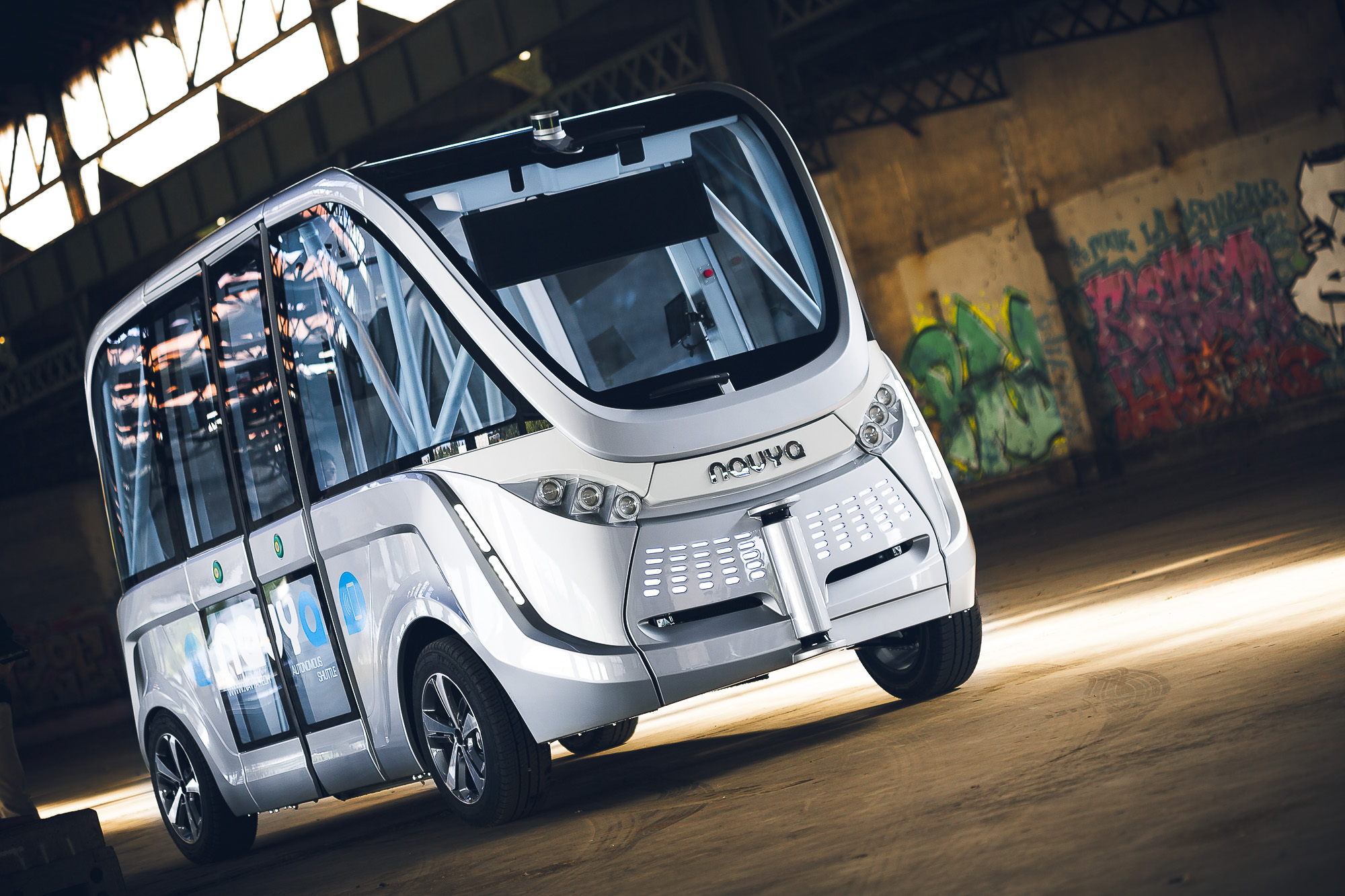 Urban
→
Smart Cities
→
Article
Hydrogen Powered Vehicles for The 2021 Olympics
Share this article
Japan’s government and automotive industry share a common vision. They believe that the future of improved air quality lies not with battery-powered cars but with hydrogen fuel cells. Vehicles powered by hydrogen don’t produce the same emissions we get from internal combustion engines; the only thing they emit is water vapour.

The Japanese government want to put millions of hydrogen-powered cars on their roads. They plan to showcase the technology during the 2021 Olympics by using hydrogen fuel cell vehicles to shuttle people around Tokyo and the Olympic village.

The idea to start with exhibiting hydrogen fuel cell technology stems from the fact that the whole world will be watching. Advocates will be able to bring hydrogen power to everyone’s attention as a viable source of clean fuel.

Toyota is a big player in the hydrogen fuel cell world. They will be providing 100 buses to shuttle athletes and spectators to venues and events around Tokyo.

These buses are powered by two 111kW fuel cell stacks fuelled by 600 litres of hydrogen from ten onboard tanks. The power is supplemented by a 235kWh external power supply in the case of an emergency.

The Toyota Mirai is the world's first mass-produced fuel cell car, and 500 of them will be used to transport VIP guests, staff and athletes to and from the Olympic village, which is also to be partly powered by hydrogen.

Before the Olympic Games, the Tokyo Metropolitan government say there will be at least 35 hydrogen refuelling stations in the city. They also want to add to these figures by ensuring at least 80 stations in Tokyo by 2025, fuelling a proposed 100,000 fuel cell cars.

Currently, there are over 130 hydrogen refuelling stations across Japan, with plans to build another 30 by the end of 2021.

WHY IS HYDROGEN POPULAR IN JAPAN?

Japan has developed the world’s largest hydrogen refuelling infrastructure, and the government has allocated billions to promote hydrogen fuel cell vehicles, subsidising their purchase and to extend the fuelling network. These policies are being implemented, as Japan wants to be carbon neutral by 2050.

Japan is quite a small country that is densely populated and mountainous. This combination makes it very difficult to produce renewable electricity on a large scale. Therefore, the Japanese have very few options open to them for reducing their carbon emissions. And with the Fukushima Daiichi disaster in 2011, Nuclear power is not an attractive alternative. Japan is the world’s largest importer of liquid natural gas, and has immense expertise in this area. Japan hopes to leverage this expertise to develop their hydrogen fuelling network.

THE CHALLENGES FOR HYDROGEN POWERED VEHICLES

Hydrogen has powered vehicles since the early 1800s. Aside from the benefit of producing zero emissions, there are a few other characteristics that make hydrogen-powered vehicles very appealing to the Japanese government and car manufacturers.

Hydrogen fuel cell vehicles don’t need to be plugged in like their battery powered counterparts, and can be refuelled almost as quickly as petrol or diesel vehicles. Currently, they have a range that exceeds 300 miles before they need to be refuelled. But despite all this, hydrogen has not taken over the automotive industry.

The main criticism of hydrogen powered vehicles is that they are less efficient than electric vehicles. The reason for this is that hydrogen has to be extracted and  compressed to fit it into fuel tanks. The hydrogen then needs to be mixed with oxygen in the fuel cell stacks to create electricity. Critics deem this process to have too much of an efficiency loss, when compered to battery powered vehicles.

The vehicles themselves are clean, but the production of hydrogen can lead to pollution, as the majority of it comes from the traditional extraction from natural gas. However, hydrogen produced as a byproduct of agriculture and waste is increasing.

"You won't see any hydrogen usage in cars because the physics behind it is so unreasonable."
Volkswagen Chief Executive Herbert Diess

WHAT DOES THIS MEAN FOR THE REST OF THE WORLD?

China has committed to developing hydrogen fuel cell trucks and buses to put 1 million on the roads by 2030. These vehicles don't have the same constraints as smaller vehicles, as they can refuel on their designated routes or at termination points. This makes it simpler to put in a defined infrastructure servicing specific routes.

While companies such as Toyota, Honda, and Hyundai are pushing the rollout of hydrogen-powered cars, other manufacturers don't believe that fuel cells are the way to go.

In a CNBC article, Elon Musk dubbed them as "fool cells" and said that "success is simply not possible." And in an unexpected twist, Yoshikazu Tanaka, agreed, the chief engineer for the Toyota Mirai. He told Reuters that "Elon Musk is right — it's better to charge the electric car directly by plugging in." But, he added that hydrogen power is an alternative to traditional fuels, not batteries.

In a Financial Times article, Volkswagen chief executive Herbert Diess stated, "You won't see any hydrogen usage in cars". He goes on to claim that a sizable market for hydrogen fuel cell-powered vehicles is "very optimistic because the physics behind it is so unreasonable."

Volkswagen, the world's second-biggest car manufacturer by sales, has pretty much discarded its hydrogen plans. This is also the case for Mercedes, and BMW only has a small presence within the niche.

The European Union has put stringent emissions rules in place, causing Europe's car manufacturers to invest heavily in battery technology. This technology will allow them to reduce costs by building dedicated EV platforms while implementing supply chains and managing their certainty.

CAN HYDROGEN BE USED FOR MORE THAN POWERING CARS?

Going back to the 2021 Tokyo Olympics, hydrogen will be used in at least two other ways. The Olympic flame is an iconic symbol of the games, and it has been revealed by the Olympic committee that it will use hydrogen as its fuel. This is to symbolise Japan's commitment to hydrogen going into the future.

But on a much larger scale, hydrogen will be used to provide the Olympic village with power. This will be located in Tokyo and house thousands of Olympic athletes during the competition. However, once the games are over, the buildings will be sold to the public. The new residents will be able to benefit and showcase the games' hydrogen-powered legacy.