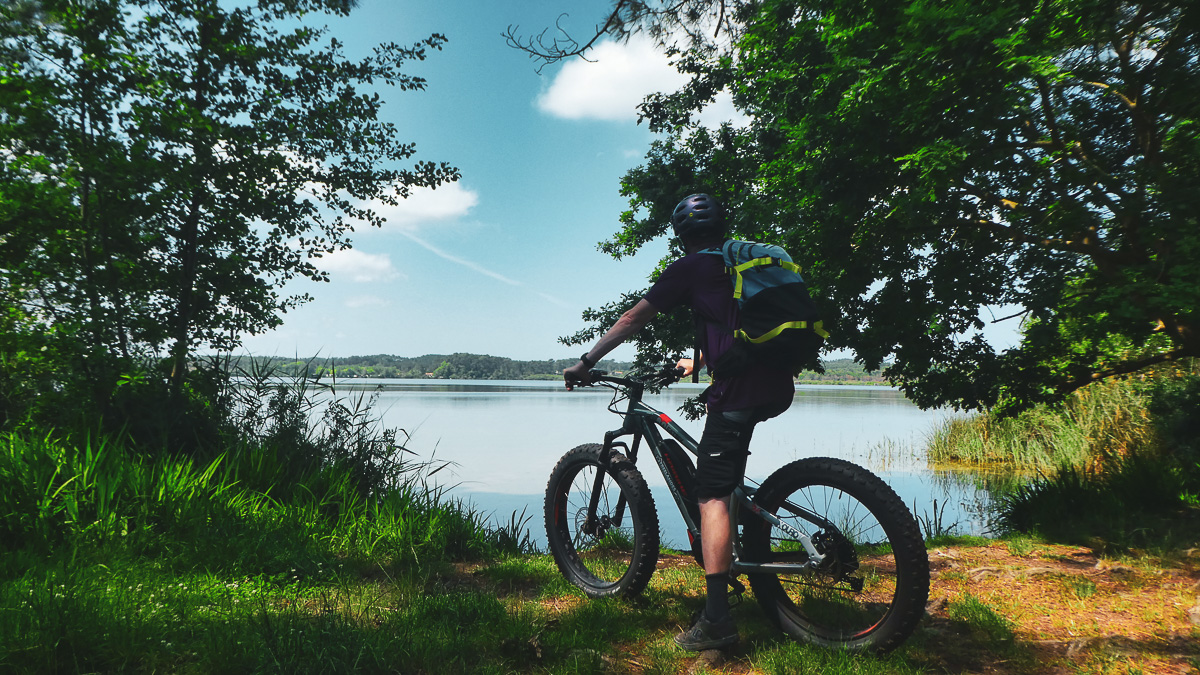 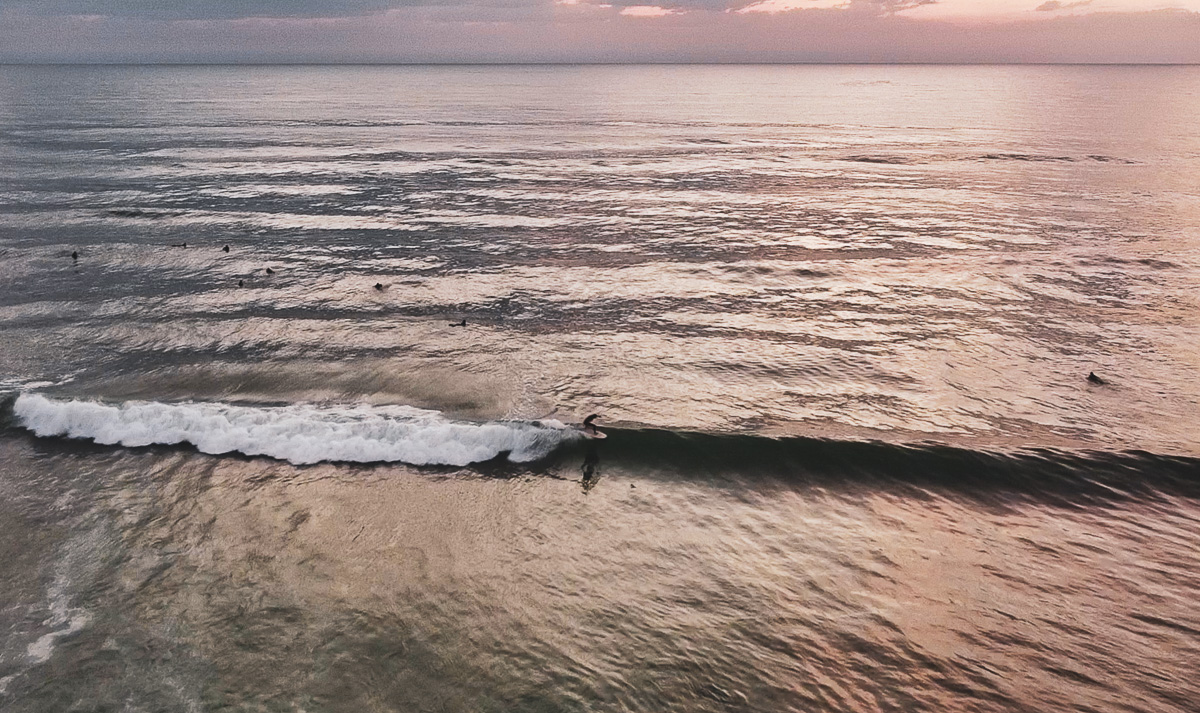 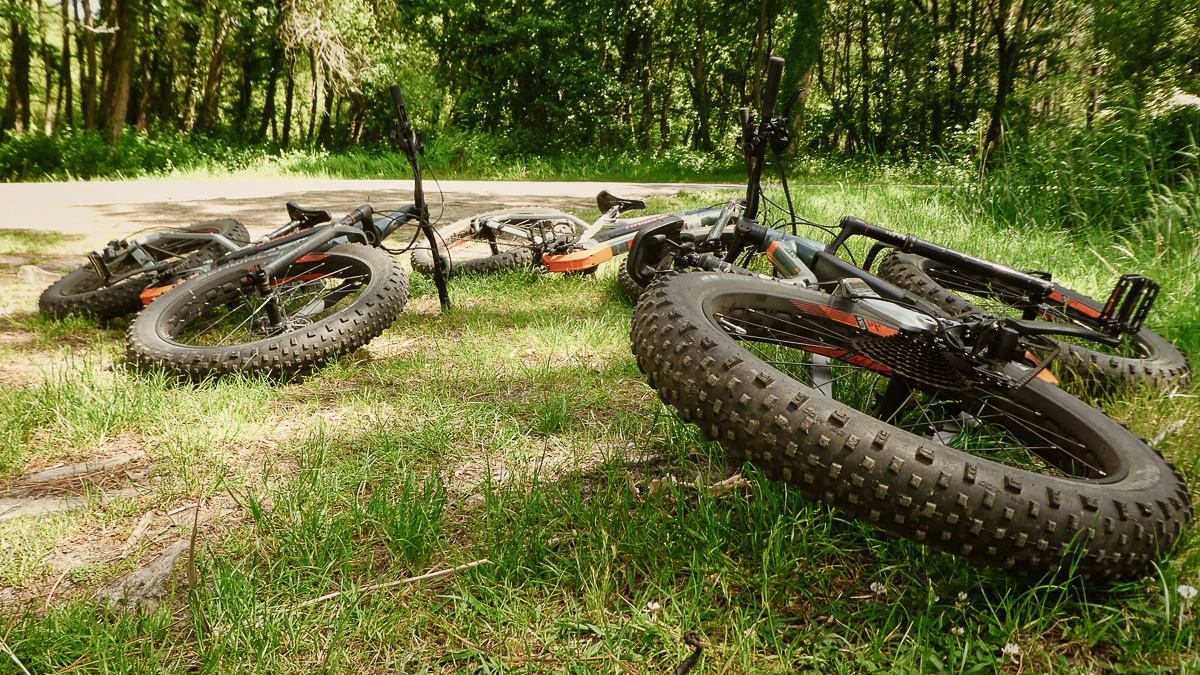 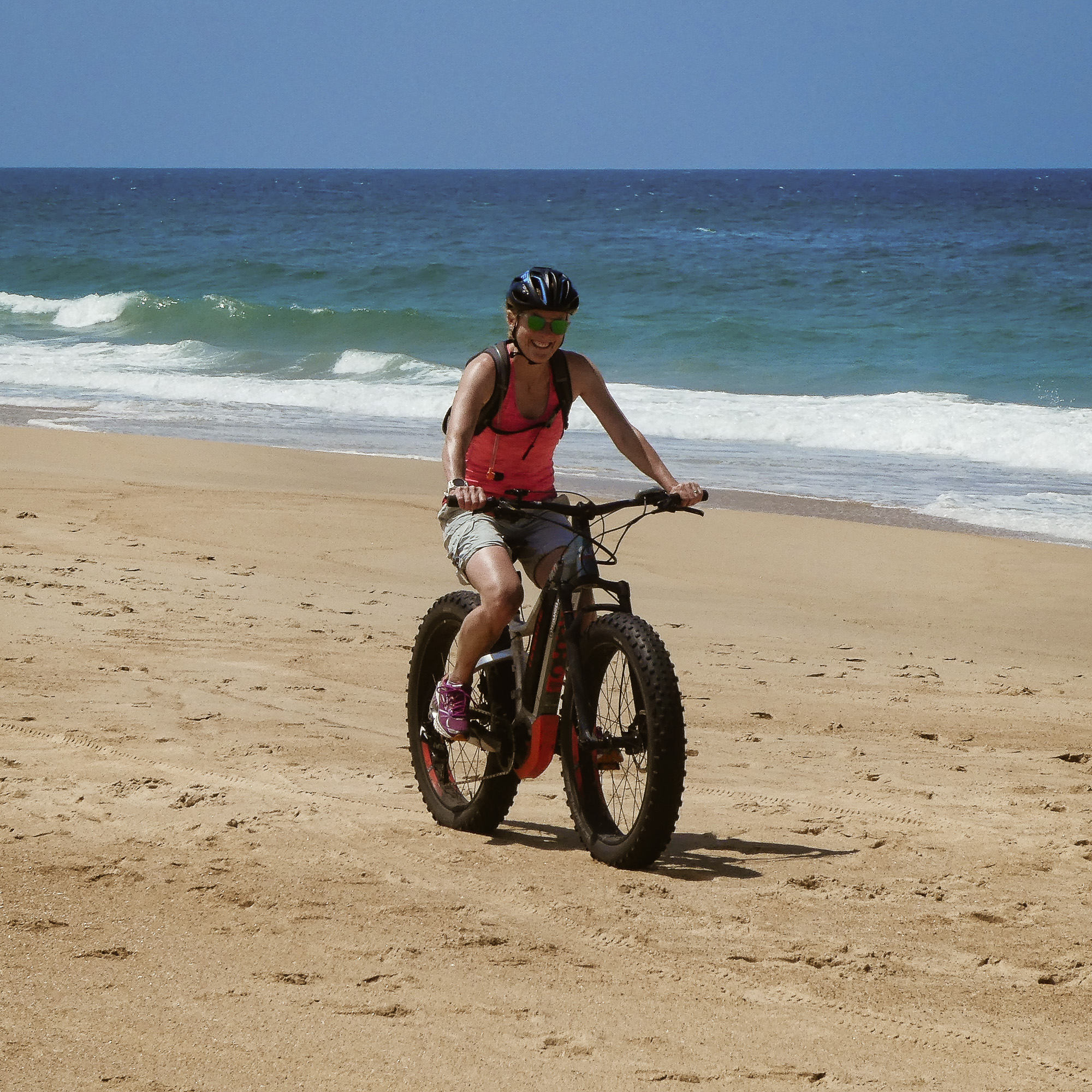 Lifestyle
→
Travel
→
Article
How Electric Fat Bikes Are Becoming Part Of French Beach Culture
Share this article
Electric bikes are used for everything these days, from urban commuting to conquering big alpine passes. But, historically, riding a bike on the beach has proved to be challenging. Even the best mountain bikes get stuck in deep sand, causing the rider to have a hot and sweaty challenge ahead of them. But, an electric fat bike has a total disregard for the effects of deep sand while creating a comfortable ride everywhere else.

WHAT IS AN ELECTRIC FAT BIKE?
A fat bike has specific characteristics that allow you to ride where a regular mountain bike won’t. They get their name from their massive tyres, which have high volume and a large contact patch with the ground. The extra squish and surface area allow the tyres to ride over surfaces such as soft sand and snow rather than cutting into it. If you were to ride a regular mountain bike on the beach, the tyres would cut into the sand, making it challenging or impossible.

Even though fat bikes are versatile, the main issue has always been how difficult they are to pedal. The high rolling resistance of the tyres and the extra weight means that they are not very efficient. However, when you add a powerful electric motor into the mix, you have a bike that can go anywhere.

This enhanced versatility makes electric fat bikes a big part of the beach culture in the southwest of France.

CYCLING CULTURE IN THE SOUTH WEST OF FRANCE
‍The Atlantic coast of the southwest of France has sprawling beaches that run from the Spanish border, through the Basque Country, the Les Landes region and beyond. Along this stunning coastline, there are family-friendly tourist destinations such as Soustons Plage and Seignosse. You will also find the home of European surfing, Biarritz, and the trendy Hossegor, which hosts the Quicksilver Pro surf competition.

Most of the coastal towns, villages and communes are connected by cycle paths, known as the voie verte, one of which is the Vélodyssée. This route is more than 1,200 km long, running along the Atlantic Ocean, linking Roscoff and Hendaye. The arrow-straight paths also cut inland through the expansive forests that seem to never end as you pedal your way towards the vanishing point.

It’s these cycle paths that have made riding bikes for pleasure very popular in the region. Many thriving bike hire businesses in the area have identified the market for renting out electric bikes and electric fat bikes. While many visitors will see the fat bikes as a novelty and a fun way of getting around, more adventurous riders can explore the forestry tracks and find deserted stretches of beach. However, you do need to plan your ride carefully, as the ebike charging infrastructure isn’t very well developed yet.

But, it is not just visitors to the area who benefit from riding electric fat bikes. In the past, surfers had to drive their camper vans and cars to the beach. Once there, they were limited to the closest breaks to the car park. The problem with this is that these breaks get very busy, especially in the peak holiday season. Getting to the other breaks requires a long walk along the beach, but electric fat bikes have unlocked new areas for surfers. They fit their bikes with surfboard carriers and ride along the beach, scoping the best surf spots as the conditions and wind change throughout the day. They can quickly access areas that were previously unreachable, allowing them to catch more waves. Also, at the end of the day, they can quickly get back home or to their favourite beach bar for a beer.

During the summer, the roads in the southwest of France are at gridlock as thousands of holidaymakers descend on this popular destination. Therefore, when they are not hunting for waves, the locals use their electric fat bikes for commuting. They can use all the cycle paths, forest tracks and even take shortcuts along the beach to get to and from work. The electric motor makes riding to work effortless, while the high volume tyres make the ride super smooth.

The fat bikes available in the area vary from fat tyre mountain bikes to electric beach cruisers that allow you to arrive at the beach in style. The beach cruisers are super cool with a vintage motorbike style, and are often customised by their owners and specialist local bike shops.

As electric fat bikes become more accessible, people will be able to exploit their versatility. Not only are they becoming a way of getting around, but they are enhancing people’s recreation time in unexpected ways. I spoke to one surfer in the area recently, who was building a rig to use the motor on his bike to create a pulley system to tow him into the waves!