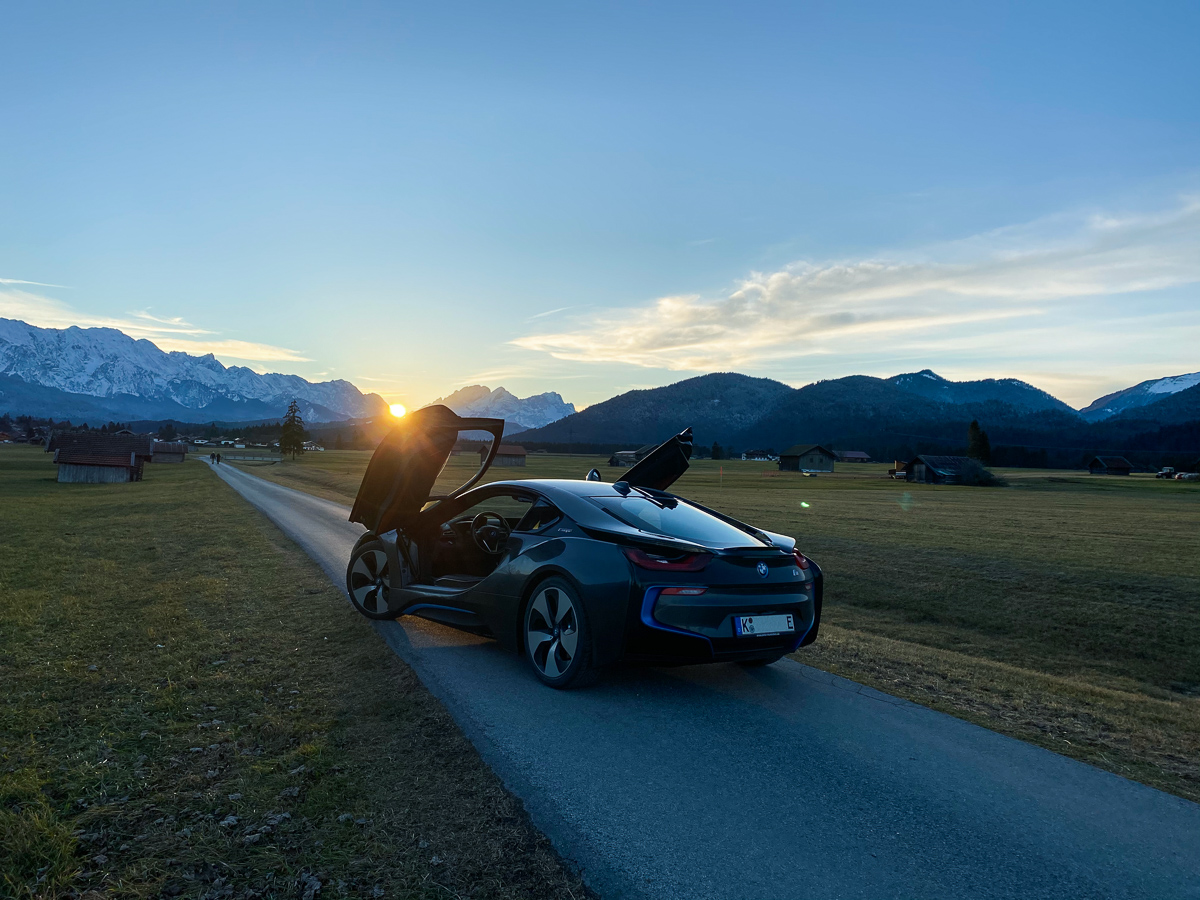 People
→
Gaby's Diary
→
Article
Gaby's Diary: Introducing my UFO
Share this article
So, those of you who know me here (about 0.1 percent at best), will be thinking: what’s SHE doing here? The question is justified. Basically, I drive around a lot in old stinkers, and preferably in circles. I love the barking, hissing, and roaring of combustion engines and sniff after every old car I come across in traffic. In Germany we use the term ‘having petrol in your blood’, for petrol heads, but for my poor family I barely have blood in my petrol. That’s how bad things are for me.

Yet it was exactly this enthusiasm for driving that brought me to my BMW I8, as the previous owner of the car let me take the wheel (and the gas pedal - much more precarious) on a trip from the Red Bull Ring to Munich. After a whopping three meters on the Autobahn, I was blown away by the road handling. The previous owner is also the designer under whose aegis the car was created, and I should have immediately become suspicious. When he told me that the fabulous thrust and sexy rumble came from a small, oh-so-tiny three-cylinder engine, I was completely done.

The mixture of the best of all worlds - environmentally friendliness, the quiet gliding during short distances and in populated areas, and my claim to be sporty on the road, makes this vehicle the perfect car for someone like me. However, it took some time until I was actually allowed to roll this sacred vehicle out of the halls at BMW. It wasn't that hard to convince the previous owner to part with the car, but it was almost impossible to convince the BMW guys to sell it to me.

Nevertheless, I will never forget the moment when the roller doors at the BMW showroom in Munich slid up and my UFO and I majestically and silently moved out. My first destination was one of the many first-class delicatessen temples that happy Munich has so many to offer. However, the last thing I would have expected were indignant looks as I drove into the parking garage! A poor gentleman with a hat drove up horrified, as I floated silently in the dark large UFO towards him. With my sight, just an enraptured "I clearly didn’t notice you" escaped him as I peeled myself from the car and wing doors. So nowadays I open the windows and toot to the pedestrians ahead, "Sorry, you can't hear me". Most of them then turn around, dumbfounded, and give me a friendly nod. But this is no solution for garage gates or driveways. It would be just as pointless to roll into parking garages under loud horns or revved-up engine roars to warn people.

So there is still much to do for manufacturers. For example, what about a nice little melody one can select, replacing the horn with this sound in this case, would be very convenient! Educated people would probably play Brahms. Heiresses, mothers-in-law or neighbors would suit Wagner's Ride of the Valkyries fittingly. I personally would prefer Ma Baker by Boney M. or Super Trouper by Abba or both. That way, the parking garages could also save their pointless tootling. Infact, my driving behavior in built-up areas has changed. I am constantly ready to slam on the brakes because people keep jumping onto the road left and right in front of me. That's fine by me: more attentive driving is not the worst thing. On second thought, I should maybe choose another song as a personal warning, maybe "Rock the Casbah by the Clash". Mmh.