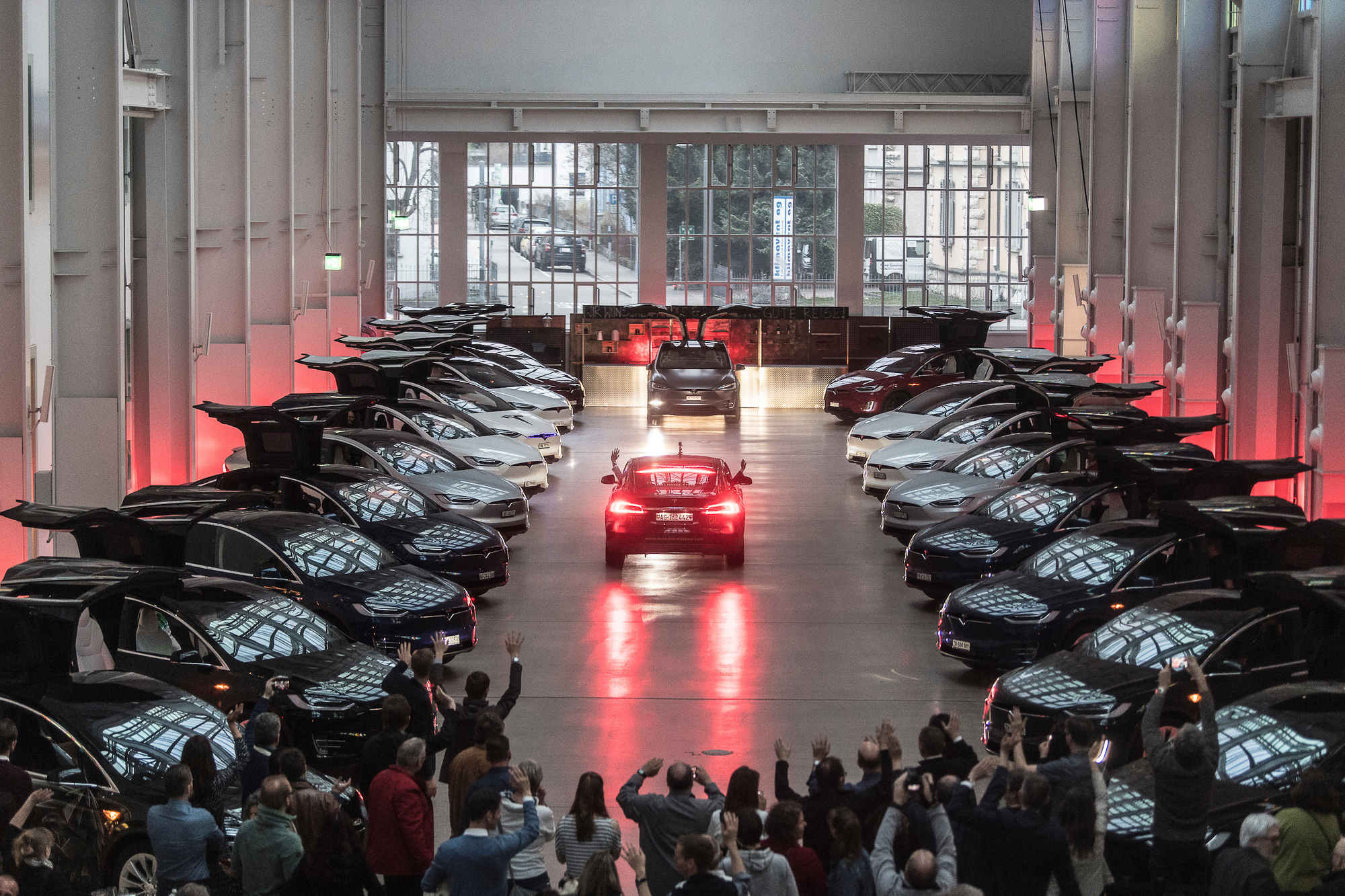 Lifestyle
→
Travel
→
Advertorials
Discovering the World in a Tesla
Share this article
For a total of 20 months, for more than 66,000 kilometers, a trip covering three continents and using 9 Tesla vehicles on their way, Ralf Schwesinger and Nicole Wanner from Switzerland made their dream come true. Don’t you worry! They didn’t crash eight of the nine Tesla EVs on their way, but they used different cars avoiding to have to transport their own vehicle to these other continents for sustainability and technical reasons.

Known as “Mr. & Mrs. T on Tour”, Ralf and Nicole embraced their dream despite potential obstacles and fears of what could happen. The ‘T’, I guess you would have guessed yourself, stands for Tesla. Leaving their jobs and a safe environment in Switzerland, they took off to discover the beauty of 18 different countries – driving for three to five hours every 2-3 days – staying in a total of 238 hotels, from a tiny 1-bedroom hotel in Sweden to the 5-star luxury suites in the countries they visited.

Michael: Tell me Ralf, you are the typical adventurer, are you not?

Ralf: From early early on in my youth, I was anxious to go through school efficiently, to study effectively, and to prepare for a normal and promising life path. In my family there are other people such as my two cousins, qualifying for the term adventurer. They were skiing instructors in Austria and diving instructors in Australia, India and other parts of the world. One of them became a well-known German-speaking tour guide in New York City, those are the adventurers in the family from Würzburg in Bavaria. I am more a late starter in that sense. But better late than never!

In my younger days I would never have dared to do such a trip, in fact at that time I didn't even see the point in why I should do such a thing. And suddenly I was going on a trip like this, over 40 years old and doing things that I didn't even know were coming. The only none vacation related experience I've had abroad to that date was a stay in Ireland as part of my international business studies.

We had our farewell party in Baden (Switzerland) with all of our friends, family and some Tesla owners from the swiss Tesla Owners club who’d gathered to say good-bye. Our event location was a former ABB production facility. Here electric transformers were built in the former industrial halls up until 46 years ago. Quite scenic and at the same time surreal, because our departure meant, that we were leaving our past.

Link to the Book: #recharge - The Ultimate EV Travel Guide for Europe

Ralf and Nicole published the world’s first EV Travel Guide, a book with a selection of 50 hotels in Europe they had visited. It is only a small selection of the total of 238 hotels they stayed in. However, this book is not only aimed at EV travelers that plan to see extraordinary overnight places, but it should also inspire more people to switch to electric cars. To support a more sustainable lifestyle overall was a key part of the journey. Ralf explains: Many of the hotels we visited pay particular attention to subtleties and are respectful of natural resources. They offer not just a bed, but a sustainable experience.

Here in our post, we report on experiences from faraway New Zealand and Australia. Why that? Because these stories are not in the book and we have gained an exclusive insight from Ralf himself. You will find the European guide in their book #recharge - The Ultimate EV Travel Guide for Europe

Michael: Tell us about New Zealand, the country the furthest away from Switzerland, how was your experience there?

Ralf: It clearly knocks your socks off when you arrive in New Zealand because it's just so insanely beautiful. The Kiwis are also very keen to look after their environment and to be more sustainable on the road. To be able to recognize what we really have on our planet, and to do so through an action that originally started with a car purchase, really caught my eye. Because it was the purchase of a Tesla way back in 2015, which made me do the switch and go on that journey.

The people we met during our time in New Zealand were very interested, even in the hotels we spoke to, where they didn't yet have a charging station. The hotel staff just hung an extension cable out of the window to enable us to recharge. Many of the people we met thought our trip was a great idea and wanted to support us - people are very open to such issues on the other side of the world.

Michael: And then you experienced true Aussie friendliness - tell us what happened:

Ralf: Renting a vehicle for our trip through Australia would have cost us the equivalent of about 25,000 Euros, bar none. We needed help! And if that had not worked out, our trip would have been over at that point. Our limiting factor on the trip was always to have a local car available outside of Europe. So we met Mark Sandford from Melbourne, one of the presidents of the Tesla Owners Club Australia.

Prior to our arrival in Australia Mark had a phone call with me and listened to our story. He basically wanted to know why we were doing this trip. We explained to him our goals for the project, namely that we wanted to prove that electric mobility is something you can work with and suitable for everybody. Not just by doing something crazy like going around the world in 80 days in an electric car. We wanted to be relatable for all with our journey and show other drivers that it is possible to get anywhere with an electric car - maybe besides the Australian Outback, but that’s not where the majority of people would use a car on a day to day basis anyway.

Well, and then Mark offered us out of the blue to take his Tesla Model S for the trip. Just like that, without payment, for three months - "Ralf, you have a car for Australia, take mine". An incredible experience of hospitality down under and in my eyes a great sign of how people of all cultures are helping and supporting each other to accelerate the transition to sustainable energy and living. Mark, if you ever read this – you are a star – thank you!

Michael: What was the coolest charging station on the trip?

Ralf: The most curious charging station probably was a Tesla destination charger at a hotel in Spain, where the charging station was nailed to a tree. This was an interested setup, but also a very creative one. Nobody had charged at this charger before us in the year since it was activated. It is important to note here that those hotels really take their own money to install the Tesla charging infrastructure. By doing so they also pave the way for any EV driver and its worth making use of the infrastructure and to book a hotel that offers a charger to guests already. Many people do not know that at least one of the installed Tesla chargers can also be used by e-cars from other manufacturers - how great is that? 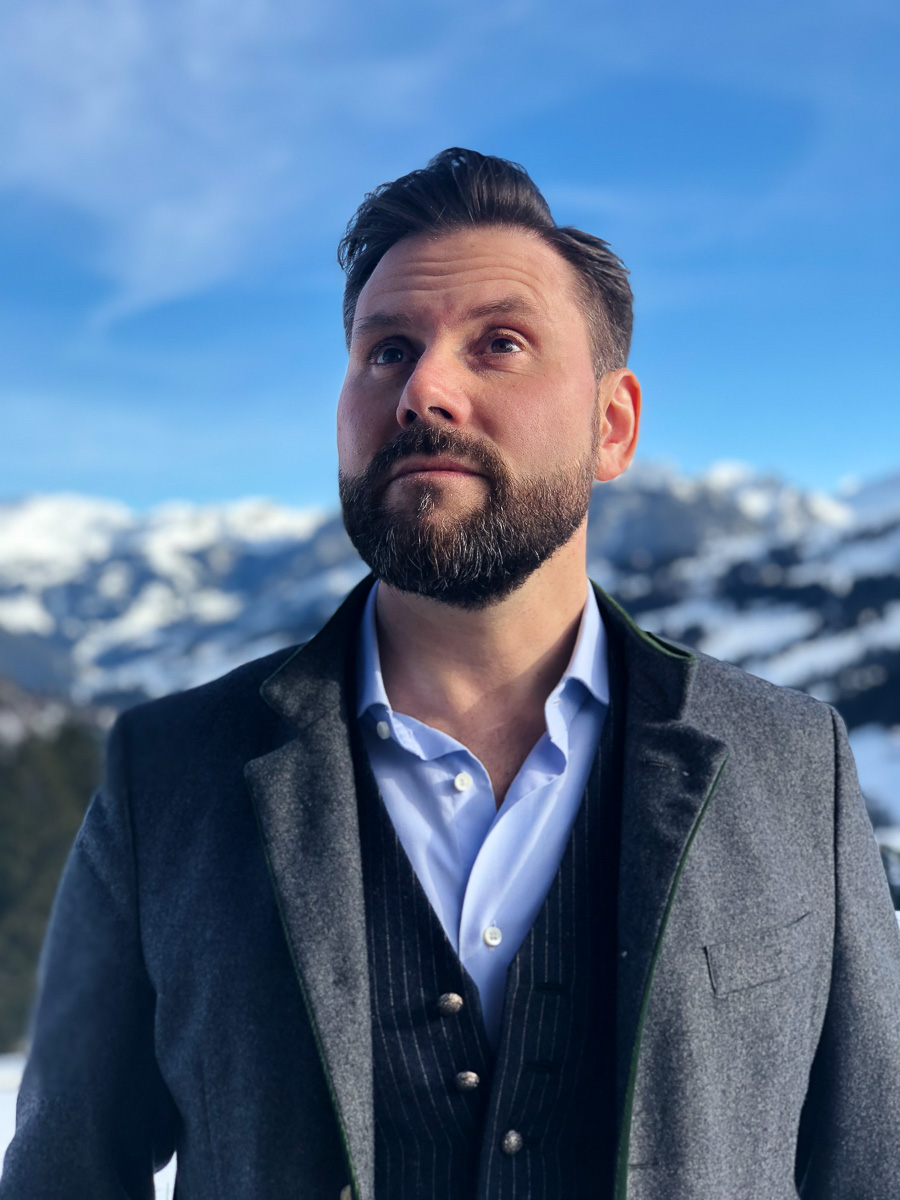 Ralf and Nicole enjoyed the most amazing times on their journey throughout these many countries. If you’d like to read more about the hotels they stayed in during their trip, you might be lucky. We are giving away three books for free within all MOTION readers that register on our newsletter until 10th of April 2021. Quickly sign in here and receive more great news from MOTION on how people went out of their comfort zones like Ralf and Nicole.

If you would like to purchase the book directly, please visit their website Mr. and Mrs. T on Tour or EV-Travel-Guide.com

Sign-Up to the MOTION Newsletter to be automatically entered to win one of three #recharge books courtesy of Ralf Schwesinger. We will draw the winners on the 10th of April.