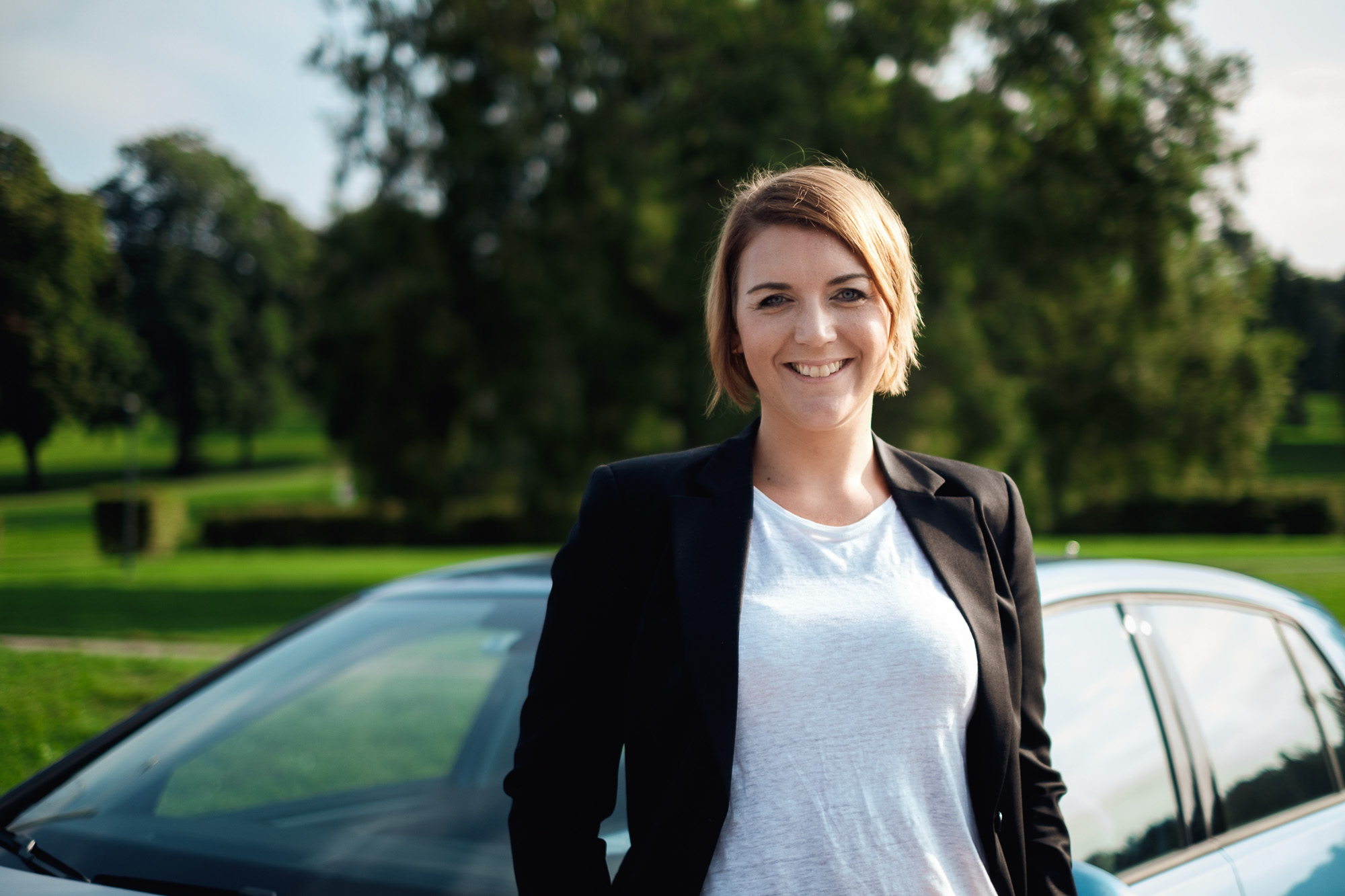 People
→
Movers
→
Interview
Christina Bu: A Life with Electric Vehicles
Share this article
No doubt, Christina Bu is one of the world’s top movers when it comes to the acceleration of electric vehicles. When we had the chance to speak to her a few days ago, we realised that the Norwegian is full of energy and passion for the electric revolution. On our interview’s first part, we learned about her first years in Norway’s automotive industry. For part two, we are focusing on her personal experiences with electric vehicles.

Michael: Christina, any cool experiences with electric cars you’d like to share with us?
Christina: I have a lot of cool memories of my job. I remember driving in a THINK vehicle many, many years ago. (short explanation: Think Global was an electric car company situated in Oslo, which manufactured cars under the TH!NK brand. The company went bankrupt, was re-established and sold to Ford, which finally gave up production in 2003).

The THINK originally belonged to my employer and I said that we should have an EV at the office for people to use. I convinced them that we should buy a Nissan LEAF on top and it was right after the LEAF was launched in Norway so I was the one buying it. I picked it up in December 2011 and I drove it out of the store (I’ve never owned a car before that) and thought: I was pretty cool driving a first-generation Nissan LEAF that I had actually tested in London just one year before.

Michael: What was the longest drive you ever did in an electric vehicle.
Christina: Well, let me tell you a story about the longest drive of many EVs, we organized here in Norway. In 2015, the year after I started working at the EV Association, we made a film on the West coast of Norway, which is a pretty long drive from Oslo.

We asked our members to come on an ‘EV parade’, so people drove from all over Norway to Geiranger Fjord, which is a beautiful place. We drove up this mountain and I drove a Tesla from Oslo which was quite easy, but still a long drive for about 8 hours. You have to remember, this trip was way before EVs became mainstream in Norway, so charging on the way had to be carefully planned. We even opened a charging station in Geiranger town. I think this was my longest drive and I still remember it today.

Michael:  What do your friends & family think about you being an EV-frontrunner?
Christina: I’m happy you ask that and while preparing for our chat, I spoke about what I should answer to this question in our family chat this morning. I have two sisters and I am the one in the middle, so my older sister said: “I’m proud, I like that you know about technology and that you care about the environment”. My mum said that she likes the idea, that I made the whole family love EVs, because obviously they have an electric car. They drive an Audi e-tron, my mum was one of the first to buy one in Norway, because it had a tow bar. My younger sister a bit surprisingly said: “I’m also proud not only because you’re the EV queen but also because you’ve built a large organization.” I responded “oh that’s nice”, but I was kind of expecting some kind of big deep comment, and finally she came up with: “ok, ok, you talk a little bit too much about EVs, it’s a bit problematic to sort of follow you sometimes…”. My dad didn’t comment, but he’s an electrician so I think he thinks it’s good fun.

Michael: Did you ever run out of power when being on the road with your EVs?
Christina: Typical for people who have been driving EVs for some time is to think they know what they’re doing. Like me, typical, skip the last fast charger because I think this is going to go just fine going back to Oslo from holding a presentation in Telemark a few years back. I thought “it’s just going to work” but in fact it didn’t and I stopped right in the center of Oslo. I was so embarrassed, in particular because I had the logo of our EV Association on the car and everything. (Luckily it was around midnight and therefore dark, and road service came quickly) So yes, it happened to me a few times, but hey this is part of life.

Michael: What is the missing link in EV adoption for you today?
Christina: Most people will reply charging stations and obviously that’s challenging but I want to make a different comment: We don’t need charging stations if people can’t afford the cars. I think the bait in Europe should be even more twisted towards how to make these cars available for more people faster.

What Norway has shown is that we might not be there yet with enough chargers (Norway has about 3,350 fast and superfast chargers). There are currently about 106 EVs per fast charger and we have a long way to go, but what has happened now is that it is a really working market. When you get to a certain number of cars, then things happen. I think sometimes it is exaggerated a bit how hard it is going to be, because companies are investing. We currently have about 10 different companies putting up fast charging stations in Norway. I’m not saying, it’s perfect and there are a lot of challenges going forward. But on country level we should debate on how we should make these electric cars competitive fast. Because it is all about speed. We need to reduce emissions as fast as possible and that’s often forgotten.

Michael: You are obviously hinting at the allegation that Norway subsidizes its electric vehicles substantially, right?
Christina: We are often misunderstood and misinterpreted about what currently happens in Norway: Unlike the subsidies in France or Germany it’s not money you are given for buying an EV in our country. In Norway, we have high car taxes on new car sales which most other countries do not have. We have high purchase taxes on polluting cars. So, it’s not about not taxing EVs but it’s also about taxing polluting cars and not taxing fully electric ones

I sometimes get fed up when people say you can afford it in Norway from your oil money. That’s always the argument and I say Norway has for years had a big state income to the state from car taxes, while other countries have said no, we don’t take that money in. But not taxing EVs is obviously money we are not getting in Norway.

For me this is all about to start with a systematic approach. Sweden for example in summer 2018 introduced a new tax system promoting EVs and Sweden is now the third country in Europe, when it comes to EV-market share after Norway and Iceland. You must be very short sighted if you make tax on petrol and diesel an argument to not push for EVs. What is it going to cost governments in the future to clean up the high CO2 emissions, it’s going to be extremely expensive. We have to think differently and of course there are other ways in getting your money in, for example an effective road pricing.

Christina, thank you very much for this very personal chat, we will for sure see you in Oslo one day, at the latest at the Nordic EV summit in November this year.

Please click here if you missed Part 1 of our interview with Christina.