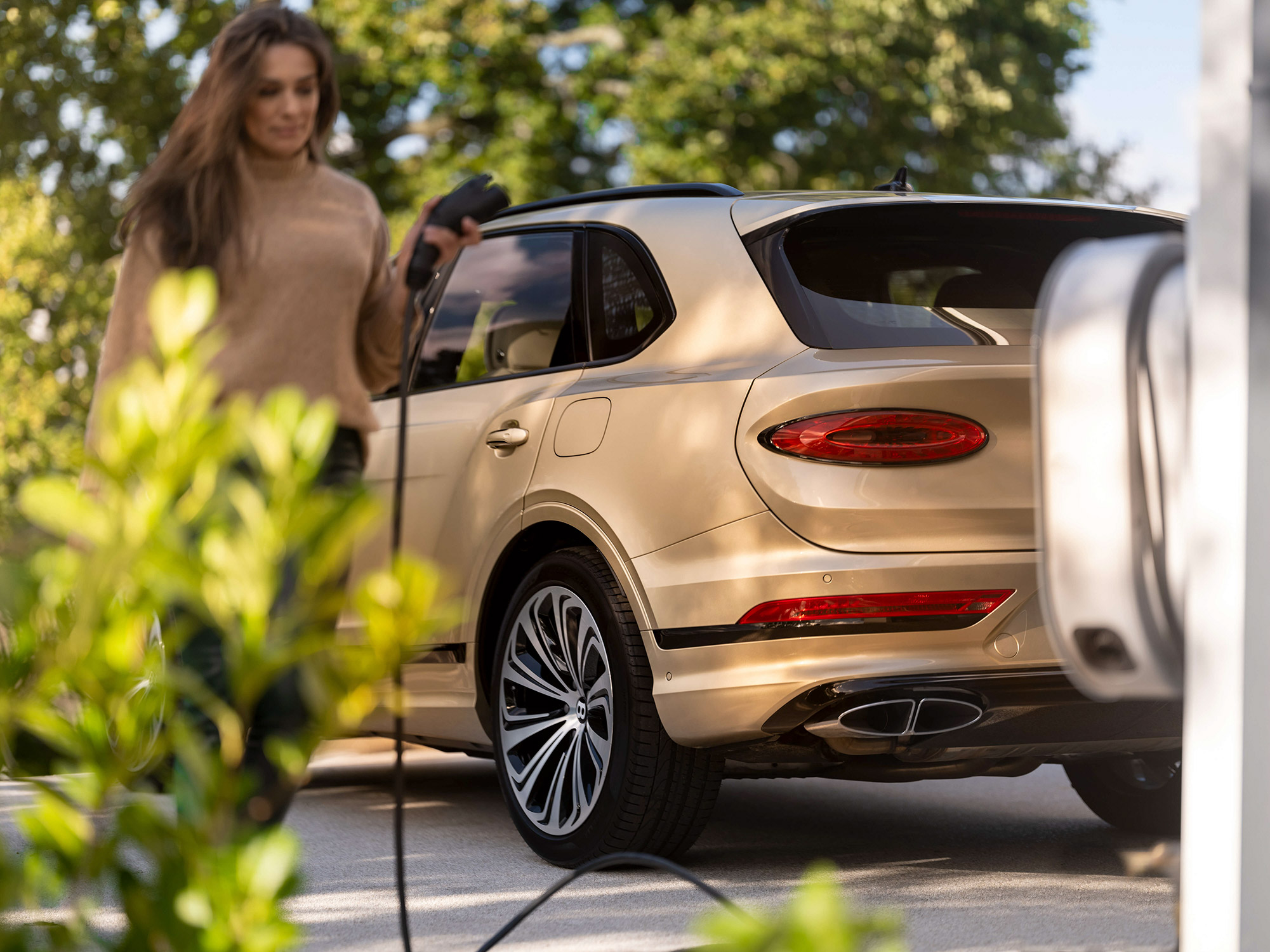 © Bentley
Mobility
→
Vehicles
→
Article
Bentley Motors goes electric
Share this article
Bentley Motors, the British manufacturer of luxury cars, is going electric. The British are on their way to becoming a world leader in sustainable luxury mobility. As part of its "Beyond100 Strategy", the company from the Volkswagen Group plans to become completely climate-neutral by 2030.

Bentley Motors CEO and Chairman Adrian Hallmark, an avowed 'Petrolhead', is part of this strategy. Almost three years ago, the 58-year-old came from Jaguar Land Rover to the premium manufacturer from Cheshire. Hallmark has more than 18 years of experience in senior management positions in the automotive industry in the USA, Europe and Asia. During his career he has held various management positions at Porsche, Volkswagen, SAAB and Bentley Motors, among others. He himself owned more than 150 cars since the age of 17 and now drives a Porsche Taycan and a Bentayga Hybrid - Bentley's first plug-in car.

For the charismatic CEO, the timeframe 2030 for the premium manufacturer is "ambitious but feasible". At Bentley, a transformation program is underway to transform all of Bentley's operations and products. By 2026, only plug-in hybrid or battery electric vehicles will be offered, from 2030 only fully electric vehicles.

“Driving this change includes, and also goes beyond our products, delivering a paradigm shift throughout our business, with credibility, authenticity, and integrity. Within a decade, Bentley will transform from a 100-year old luxury car company to a new, sustainable, wholly ethical role model for luxury.”

Currently, the market for luxury cars is experiencing a "post-war boom", for Hallmark a sign that wealthy motorists around the world are prepared to reward themselves with something beautiful. The 102-year-old manufacturer Bentley Motors only produces cars that are made to order and usually cost more than 150,000 pounds (the equivalent of about 170,000 euros). Often the Bentleys are equipped with tailor-made features such as finely cut diamonds in the paint.

For many, the luxury car industry is considered a pioneer for the economy as a whole. For example, the investments of wealthy customers are seen as an indication that the economic downturn could reverse this year. David Bailey, Professor of Business Administration at Birmingham Business School, says: "The ultra-luxury market is very cyclical and usually declines with the economy". But now, after the experience gained with COVID-19, it was time to reassess what was really needed. And there the purchase of a house or the purchase of a car plays an important role.