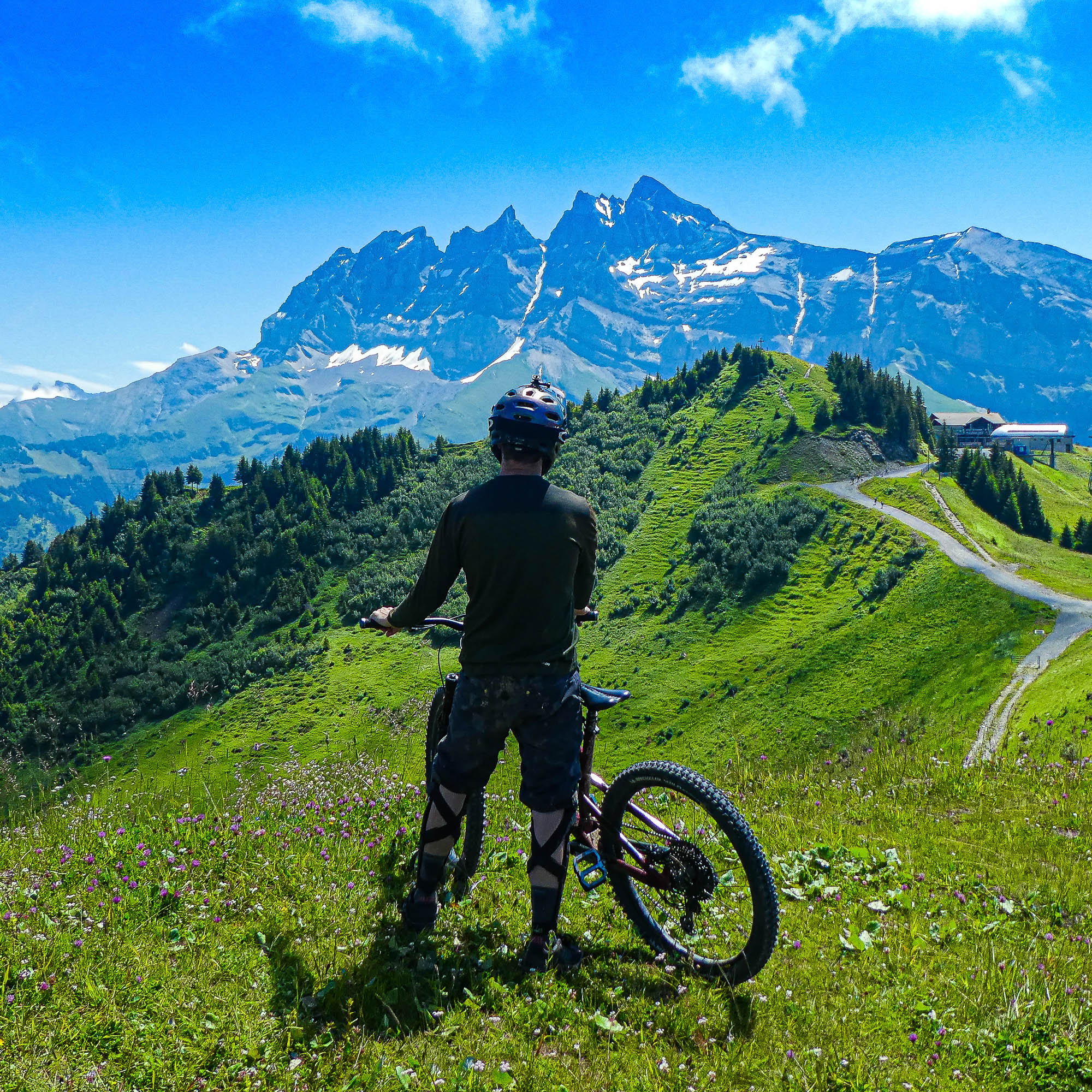 Lifestyle
→
Travel
→
Article
A Tour of The French Alps On an E-Bike
Share this article
The Pass'Portes du Soleil event allows mountain bikers to see some of the Alp's most picturesque scenery and ride some incredible terrain. The event takes place in June in the Portes du Soleil, an area that straddles the Swiss-French border and is one of the largest ski areas in the world.

The Pass'Portes du Soleil route is roughly 80km long and takes you through every village and ski resort in the area. Depending on your group's ability and fitness level, it takes 4 to 9 hours to get around.

A Great Way To Explore The Alps

The Pass'Portes route changes each Summer depending on how much snow is left on the trails. But, to help you get up the mountains, you hook your bike onto the ski lifts. As the chairlifts carry you and your bike up the mountain, you just need to relax and take in the stunning views while listening to cowbells ringing in the distance.

Even though riders use the ski lifts, there is still quite a lot of climbing to do on your bike. The climbs are challenging, especially when the weather is hot. But the Pass'Portes du Soleil organisers modify the regular Pass'Portes route to suit electric bike riders. The deviations give "e-passporters" extra climbs to contend with, which adds up to 1,800m of uphill pedalling. But they do get at least 5370 m of descent, with dramatic alpine backdrops.

The idea of the Pass'Portes du Soleil is to officially open the region for the Summer. Therefore, the route goes through all 12 villages and resorts of the Portes du Soleil on both sides of the border. As you descend into each village, you are greeted with live music and the smell of hot food.

All the way around the Pass'Portes du Soleil, food stops accessed with your wristband serve local specialities and refreshments. As this is an alpine route, you can expect lots of cured meat, melted cheese, rosti, and chocolate. You can even have a beer at each stop if you like.

If you ride the Pass'Portes du Soleil, make sure you keep your wristband on after you finish your ride. You can still access the refreshment spot in your resort and help yourself to all the beer you want!

The long route is demanding on both rider and bike, so riders tend to use higher assistance levels. This is understandable when you see some of the climbs. But, electric bike riders easily overtake regular mountain bikes on those climbs with smugness.

To keep the bike's batteries charged, the organisers make charging stations available at the main refreshment spots. These charging stations are provided by Bosch, so those without compatible bikes need to carry their chargers with them, but they can still plug into the mains.

But there are 21 charging points within the region, which allow you to charge your bike's battery for free. This is a good indication of how the popularity of electric mountain bikes is increasing.

Each year a different village hosts the Pass'Portes bike show. The bike show is excellent for people who like to geek out on new bike tech. You will find large and small brands showing off their stuff for the whole weekend. If you are lucky enough to be staying in the host village, you can take full advantage of the show. Many brands have demo bikes to try out, and there are plenty of mountain bike related shopping opportunities too.

A Route Anyone Could Ride

The Portes du Soleil uses the event to bring awareness to the area and its villages. Therefore, the organisers do their best to choose a route that is accessible and entertaining as possible.

Much of the route is on fire-roads, which are fairly smooth all the way around. However, there are some lovely singletrack sections and downhill trails too. Some people complain that the route isn't technical enough, but they are missing the point. The event is designed to get all the participants around the whole region in a day. It is possible to add in extra loops and downhill trails to suit your ability. There are some short sections that inexperienced riders may find quite techy. However, these should not put you off taking part.

If you fancy taking part in this fantastic event, you can do a few things to enhance the experience.

Leave Early
‍Several thousand people take part in the Pass'Portes du Soleil each Summer. By setting off at 7:30, you can get ahead of the crowds, which will make your day run much more smoothly. You won't get stuck in bottlenecks at chairlifts, and faster downhill sections are much safer with fewer people on them.

Make Sure You Use The Right Bike
‍You are on the bike for quite a long time while riding quite rough terrain. A full-suspension bike will make your life much easier and less tiring. You really need a bike with at least 140mm of travel. However, you will see people on hardtail cross-country bikes.

If you want to hire a bike locally, make sure you book it in advance, as this is a very popular event. A great bike hire shop in Morzine is Torico Performance Bicycles.

Carry Water
‍Even though there are refreshment stops, you need to carry water and snacks. Some years, the event has seen temperatures above 30oC, which can be pretty draining when pedalling up a mountain.

Carry A Spare Battery
‍Many electric bike riders like to carry an extra battery with them to be on the safe side. You really don't want to be pedalling an electric mountain bike up some of the ascents if you can help it.

Book Your Trip
‍If you want to experience the French and Swiss Alps on 2 wheels, the e-Pass'Portes du Soleil is one of the most accessible ways of doing it. The stunning views and world-class mountain bike trails make the pedal well worthwhile.